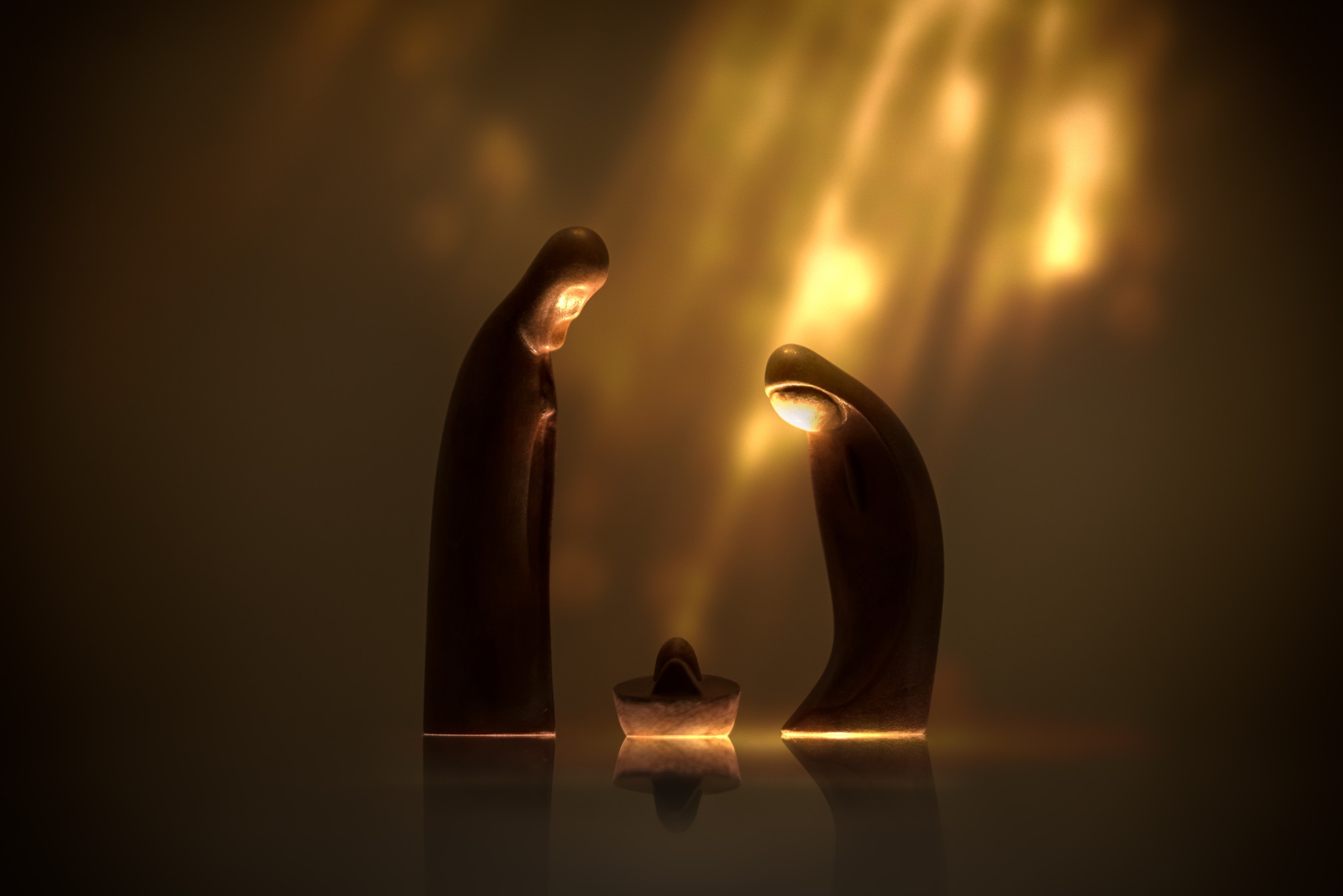 Yesterday, I passed through airports in two decidedly non-Christian nations. In one terminal, “Merry X-mas” played in foot-high letters on a digital screen; in the second, a bigger-than-life Santa stood under “Merry Christmas” cutouts with an arm upraised in greeting. Of course, much of this is utterly commercial; the X-mas message was well-situated amongst duty-free shops offering Gucci, Cartier, and Chanel. The Santa display seemed also a feel-good prompt, albeit with the economic spillover from gift-giving. I doubt that one in 20 passersby even suspected that Santa is connected to a Christian saint named Nicholas. Not important, and probably off-putting if suspected. And then there are those who think the X in “X-mas” is just a way to mask the objectionable reference to Jesus, unaware that the “Chi” is the first letter of Christos. But again, never mind; let’s just be jolly and generous in a nonsectarian way.

Stateside, when we get down to biblical, Christmas particulars, we’re blessed with manger scenes, whether through “bathrobe dramas” in church auditoriums or tableaux out on the lawn — some with shivering church members, others with statuary stand-ins, and yet others with a mixture, where only the baby is sculpted. (For a couple of years, we lived a block from the Home Alone church, Trinity Methodist in Wilmette, Illinois, where Kevin slipped into the nativity scene to escape Harry and Marv.) Over the years, a good many of us have sung in Amahl and the Night Visitors (“Citrons and lemons, musk, and pomegranates … this is all we shepherds can offer you….”) Oh, and I knew a church in the Mojave Desert that rented a camel each year for its outdoor pageant.

All in all, these are fixtures of a great tradition, one that draws on the scriptural account and communicates the humble, earthly beginnings of God incarnate. But they do tend toward the dreamy and sentimental, with a soft lens setting for a precious baby who’s threatening to no one. Arguably, the nadir of such thinking came in Talladega Nights, when faux NASCAR driver Ricky Bobby insisted on praying to “Dear tiny Jesus in your golden-fleece diapers, with your tiny, little, fat, balled-up fists pawing at the air” and to “Dear, 8-pound, 6-ounce, newborn infant Jesus, don’t even know a word yet, just a little infant and so cuddly, but still omnipotent …” — thanking him for “this bountiful harvest of Domino’s, KFC, and the always delicious Taco Bell.” When reminded by his wife that Jesus grew up, he retorts, “Well, I like the Christmas Jesus best, and I’m saying grace. When you say grace, you can say it to grownup Jesus or teenage Jesus or bearded Jesus, or whoever you want.”

Of course, as asinine as Will Farrell’s prayer is, it points to the sad truth that a great many people cast the Lord in whatever suits their taste, dealing with a version that oddly enough demands of them only what they prefer to do. Far better to construe him as a huggable creature than an intrusive and theologically freighted being.

If I myself had any tendency to romanticize Christmas, I found the perfect antidote in a manuscript I’ve previewed on this trip — Journey to Bethlehem: A Treasury of Classical Christian Devotion — by an old Wheaton College colleague, Leland Ryken. Its 30 short entries (each with commentary) feature works by the likes of Charles Wesley, Charles Spurgeon, Athanasius, Jonathan Edwards, G. K. Chesterton, Bernard of Clairvaux, and John Donne. We also find Mary’s “Magnificat” (Luke 1) and the Nicene Creed in the mix. A professor of literature (and scholar in theology, church history, most everything a Christian liberal arts college offers), Ryken has a keen and impatient eye for substance and artfulness:

Sentimental renditions of the nativity of Jesus have been a staple for a long time, to the point that Jesus’s birth in a stable is made to seem charming and picturesque. There is a basic problem with that picture, namely, it is untrue. Jesus’s birth was not charming. It was accompanied by deprivation and terror. Martin Luther’s thoughts about the birth of Jesus are a rescue effort designed to spare us from shallow thinking about what actually happened on the night Jesus was born.

And so Ryken brings us edgy words from Luther. Through a Roland Bainton translation, we read of Mary’s being shoved into a “cow stall and there bring forth the Maker of all creatures because nobody would give way … there to make common lodging and table with the cattle.” Luther continues:

The birth was still more pitiable. No one regarded this young wife bringing forth her first-born. No one took her condition to heart. No one noticed that in a strange place she had not the very least thing needful in childbirth. There she was without preparation: no light, no fire, in the dead of night, in thick darkness. No one came to give the customary assistance. The guests swarming in the inn were carousing, and no one attended to this woman.… And now think what she could use for swaddling clothes — some garment, she could spare, perhaps her veil.… She “wrapped him in swaddling clothes, and laid him in a manger.” Why not in a cradle, on a bench, or on the ground? Because they had no cradle, bench, table, board, nor anything whatever except the manger of the oxen. This was the first throne of this King. There in a stable, without man or maid, lay the Creator of all the world. And there was the maid of fifteen years bringing forth her first-born without water, fire, light, or pan, a sight for tears!… Think, women, there was no one there to bathe the Baby. No warm water, nor even cold. No fire, no light. The mother was herself midwife and the maid. The cold manger was the bed and the bathtub. Who showed the poor girl what to do? She had never had a baby before.…

In other words, a nasty situation. An astonishing entry for the God-man, a birth assuring us that he wills to suffer humiliation and filth and mayhem to free those of us who trust in his atoning death from the shameful, filthy, destructive lives we’ve heretofore willed for ourselves.

Ryken has also chosen for this collection a gritty poem by T. S. Eliot — Journey of the Magi. In it, Eliot recounts imaginatively the dogged search for Jesus, through “ways deep” and “weather sharp” in “the very dead of winter”:

And the camels galled, sorefooted, refractory,
Lying down in the melted snow.
There were times we regretted
The summer palaces on slopes, the terraces,
And the silken girls bringing sherbet.
Then the camel men cursing and grumbling
and running away, and wanting their liquor and women,
And the night-fires going out, and the lack of shelters,
And the cities hostile and the towns unfriendly
And the villages dirty and charging high prices:
A hard time we had of it.…
We returned to our places, these Kingdoms,
But no longer at ease here, in the old dispensation,
With an alien people clutching their gods.

So yes, we focus on the “little baby Jesus.” But let’s keep it clear-eyed.