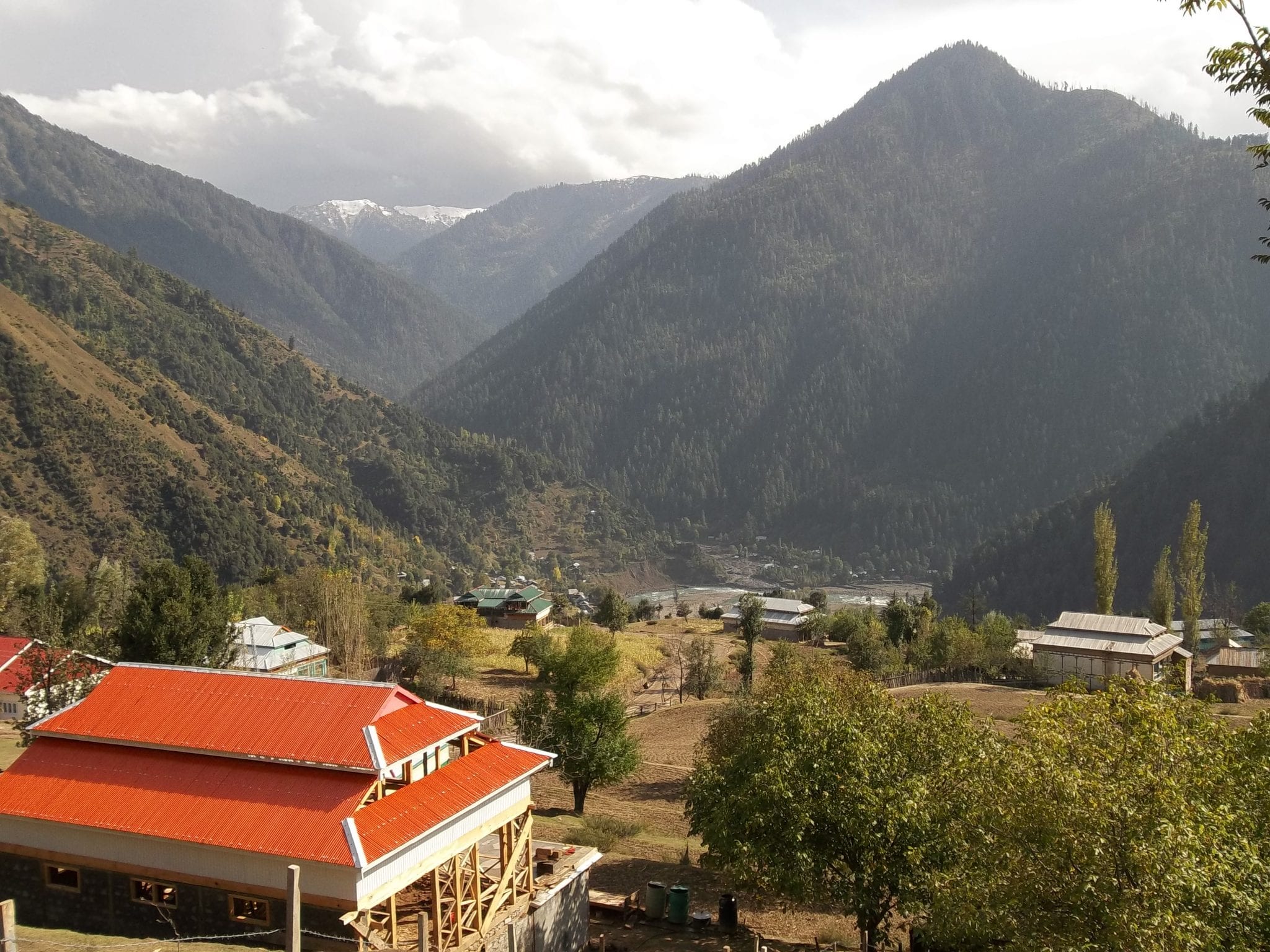 On August 9, the Financial Times (FT) published an article by British journalist Gideon Rachman titled, “What happens when the world cannot rely on the US?” Rachman has served as the chief foreign affairs commentator of FT since 2006.

In this rather straightforward piece, Rachman concludes that there is a direct correlation between Donald Trump’s “incoherent and unpredictable U.S. foreign policy” and the recent global turbulences stretching from Ukraine to the Strait of Hormuz and from Kashmir to Hong Kong.

He starts by lamenting about the tarnished “credibility” of the United States in the eyes of Washington’s traditional allies. By elaborating on recent tensions with Iran, Rachman claims that Trump’s cancelation of the retaliatory airstrike against Tehran for downing an American drone “may have encouraged the Iranians to take further risks, by seizing three oil tankers in the Strait of Hormuz in recent weeks.”

The United States has in fact responded by jamming and downing Iranian drones flying over the Strait of Hormuz, according to several senior Pentagon officials. It remains unclear what else the Trump administration should have done to satisfy critics, including Rachman, who seem to be disappointed by Washington’s caution in attempting not escalate the situation and thus avoiding the many casualties that the airstrike would inevitably produce.

But the question pertaining to Britain’s inability to defend its tankers is more complex than Washington’s alleged abdication from the Strait of Hormuz. Since the end of the Falklands War of 1982, the number of Royal Navy’s (RN) warships has plummeted, creating serious shortages that have begun backfiring. During the war, London had around 130 ships. It has roughly 80 warships today. To cover the gap, the British have adopted a strategy that allows them to integrate their naval force into a larger American force to assist in military operations. In fact, one of many reasons that encouraged the Argentinians to deploy troops to the Falklands was London’s decision to withdraw the ice-patrol ship HMS Endurance from South Atlantic. This ended Britain’s military deterrence. Moreover, Buenos Aires believed that the Reagan administration would not risk its relations with Argentina by overtly siding with Prime Minister Margaret Thatcher’s government. It turned out to be a misguided assumption.

The oil flowing out of Strait of Hormuz is much more important to London than its territories half a world away. Rathman would have a convincing argument by first addressing the worrisome state of the RN, which cannot properly protect the British tankers.

The U.S. Navy continues to actively patrol the strait. Allies, however, should take note that the Persian Gulf is not destined to forever remain an area of prime interest for Washington. America too — despite its current naval superiority — has its own hardships with boosting the size of the Navy. As such, it may eventually minimize its presence in the region in order to maintain the strategic balance in East Asia, where American national interests are at stake. Rachman rightly mentions America’s shale revolution, which has reduced Washington’s oil dependency, and this in turn has downgraded the importance of the Persian Gulf. This doesn’t mean the United States is poised to vacate the region completely. It simply means that American allies heavily dependent on the oil supplies may have to take the burden-sharing a bit more seriously.

Rachman also explores India’s Prime Minister Narendra Modi’s decision to suspend Article 370 of India’s constitution, which granted autonomy to the Jammu and Kashmir regions. Many have rung the alarm that this will exacerbate already volatile relations with Pakistan. Here, too, Rachman sees a direct connection between the Trump administration’s plan to pull out 14,000 troops from Afghanistan and Modi’s surprise announcement. He calls it “the Afghanistan effect.”

While it is possible that the talks of potential withdrawal from Afghanistan encouraged Modi’s decision, they definitely weren’t the catalyst. There are good reasons to believe that New Delhi would have moved forward with the decision regardless.

To understand this situation, it’s important first to understand who Modi is and where he is coming from. He is arguably the first Indian prime minister since the country’s independence to think in solid geopolitical terms, unlike his predecessors, who often adhered to moralist foreign policy at the expense of India’s national interests. But Modi is not a follower of New Delhi’s orthodox foreign policy. For example, visiting Israel was once a big no-no for India’s prime ministers due to the fear of aggravating India’s Muslim population, along with a desire to perpetuate India’s Arab solidarity principle. Modi breached this tradition by becoming the first prime minister to visit Israel. This, of course, raised eyebrows among India observers.

Second, as a member of India’s Bharatiya Janata Party (BJP) — a Hindu nationalist party — Modi takes an unyielding stance vis-à-vis Pakistan. His decision to revoke the special status of Jammu and Kashmir is the result of periodic terrorist attacks that have claimed the lives of dozens of Indian soldiers. The February attack on the Indian troops that killed 40 in the Kashmir Valley has impacted Modi’s decision more than Trump’s alleged troop reduction in Afghanistan, as Rachman suggests. Modi responded with punitive airstrikes on terrorist camps.

Terrorism is an ongoing issue in Kashmir, and violent terrorist groups, most notably Lashkar-e-Taiba (LeT), have staged aggressive attacks against civilians and military personnel alike. The main objective of the LeT-orchestrated Mumbai attacks of 2008 was to gain full control of Kashmir by Islamabad. Reporting about 166 dead, India almost went to war against Pakistan. Never mind that both nations have already fought three wars over this region.

Significantly, Modi also promised to remove the status of Jammu and Kashmir in his campaign, an issue that Rachman does not address in his article. Modi’s re-election campaign emphasized national security and foreign policy. Many of his young voters are thirsty for change both in domestic and foreign politics. Apart from attempting to contain the terrorist activities in Kashmir, Modi simply delivered one of his key campaign promises as a democratically elected leader.

The coming years will demonstrate whether Modi’s decision was a success or a risky misstep. Nevertheless, connecting this major geopolitical process solely with Trump’s alleged troop withdrawal from Afghanistan does not do justice to the complex issues that Pakistan and India have been grappling with since the partition of British-controlled India. Modi is responding to the local geopolitical realities, and not to Trump’s statements or tweets.

Unquestionably, some of Rachman’s points invite sympathy. Trump’s derogatory rhetoric sometimes makes matters more complicated, and America’s allies often don’t know what to expect from the president. It is also true that a number of Trump’s actions have made close allies uneasy about Washington’s future intentions. The abrupt withdrawal from Trans-Pacific Partnership (TPP) comes to mind. Then again, though Trump is responsible for derailing the trade agreement, which had been negotiated for years and would comprise 40 percent of the global economy, Democratic candidate Hilary Clinton (a fervent supporter of TPP) similarly rolled back her support for the trade agreement during the Democratic debate in 2015.

Rhetoric matters, and it can often be disruptive. But as Naval War College professor James Holmes argues, certain elements of the government, most prominently intelligence and defense agencies, have mechanisms in place for uninterrupted cooperation with their foreign counterparts “even when political leaders feud with one another.” This has been mostly true for Trump’s presidency, as well. Former Secretary of Defense Jim Mattis, Secretary of State Mike Pompeo, and Secretary of Defense Mark Esper have traveled extensively to reassure allies around the world.

American global power projection will be part of the international reality for the foreseeable future. But pundits, including Rachman, should stop exploiting terms such as “world policeman” in arguing that Washington should throw its military power left and right and respond to every local crisis in faraway lands.

In the aftermath of World War II, the United States economy accounted for half of the global GDP. That’s no longer the case. What’s more, American troops are stretched all around the world, increasing both the duration and number of deployments. Additionally, the majority of Americans have come to question the utility of America’s “forever wars” in the Middle East and are careful to not support open-ended military operations that will again require blood and treasure.

Moving forward, America will likely adhere to the strategy of selective engagement. Right now, America’s top priority is East Asia, where there is a clear sign of a rising regional hegemon seeking to end America’s strategic advantage, a shift that would have tremendous effect on Washington’s allies as well.

Finally, like all American presidents, Donald Trump will vacate the Oval Office at some point. And while constructive criticism is always productive, accusing the current administration of mishandling convoluted conflicts such as Kashmir and Ukraine is an overstretch. Intervention and bold decisions require respect for local realities and understanding of nationalist forces that Western policymakers so often ignore.