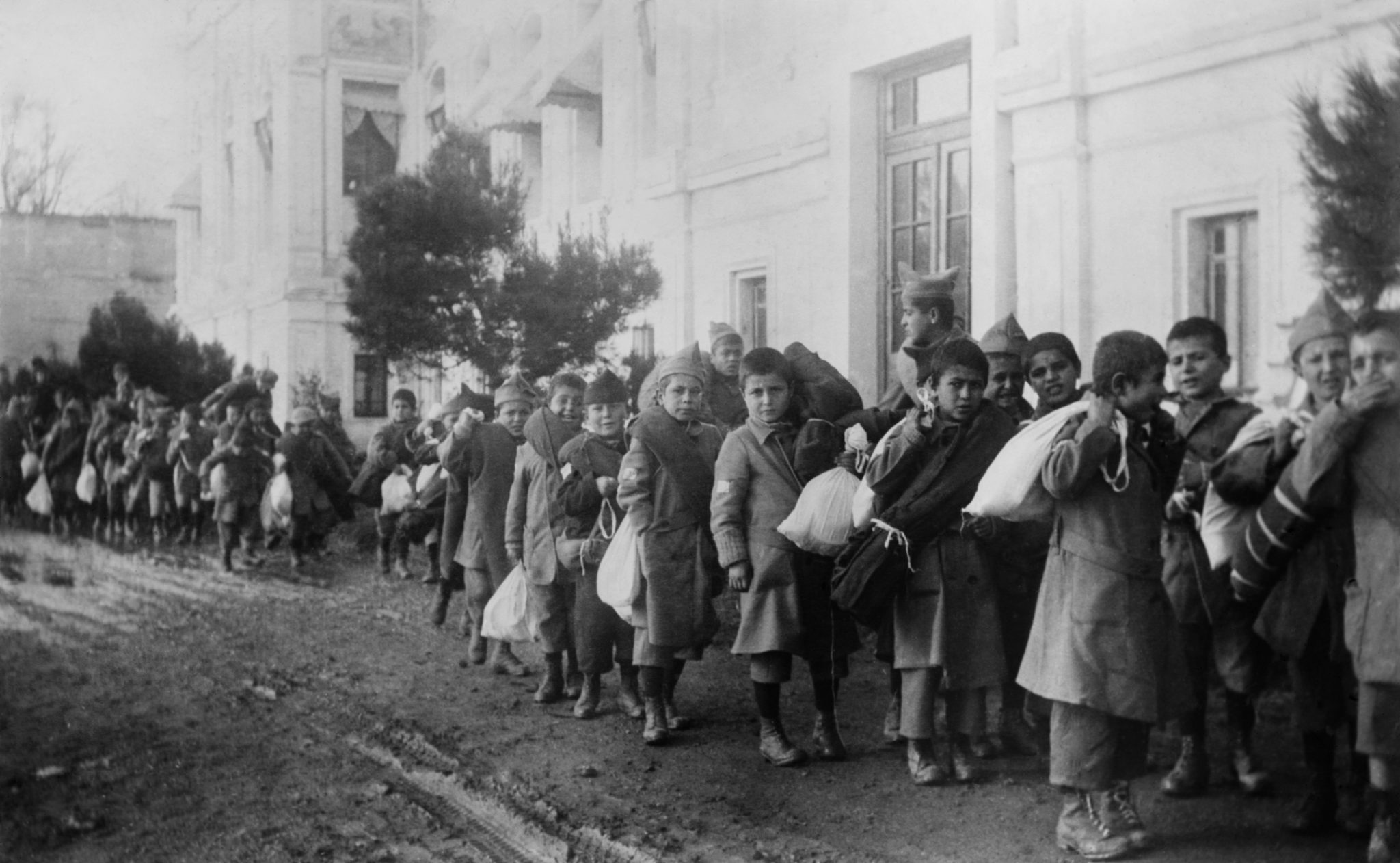 Historians generally mark the beginning of the Armenian Genocide with the arrest of 250 Armenian intellectuals by Turkish authorities on April 24, 1915. What followed that fateful date is one of the single greatest tragedies in human history: a systematic campaign of ethnic cleansing, mass deportation, and forced starvation that would last for eight years and result in the premature death of over 1.5 million mostly Christian Armenians, and a smaller number of Greek and Assyrian minorities.

Despite the inconceivable scale of this massacre, it took nearly 100 years for U.S. Congress to pass a pair of resolutions officially recognizing the Armenian Genocide and the Ottoman Empire’s culpability. And even now, after denying the historical accuracy of this event in a 2015 press release, an Islamist coalition claiming to represent “the largest umbrella group of mainstream Muslim American organizations” has yet to acknowledge the Armenian Genocide on its 105th anniversary.

Headquartered in Chicago, the U.S. Council of Muslim Organizations (USCMO) is comprised of America’s most influential Muslim special interest groups, many of which are tied to foreign Islamic revivalist movements. This list includes the Council of American-Islamic Relations (CAIR), the Islamic Circle of North America, the Muslim American Society (MAS), American Muslims for Palestine, and 14 other Islamist organizations.

Although these groups claim to pursue civil rights and social justice causes, they continue to pander to Turkey’s increasingly authoritarian regime by refusing to speak out against one of the greatest injustices in modern history.

Writing on the 100th anniversary of the Armenian Genocide in 2015, USCMO sought to cast aspersions on historical Armenian grievances, suggesting that the jury is still out on the mass killings. Its statement warned that “characterizing the events of 1915 as genocide without proper investigation of these events by independent historians” would fail to produce “a just memory pertaining to these events.”

Yet, it is not a “just memory,” but an accurate one that Armenians have sought after all these years, and there is very little debate among historians regarding the authenticity of Armenian claims.

On October 25, 1914, the Ottoman navy attacked Russian ports on the Black Sea, dealing a painful blow to Moscow trade. In a few months, Russia retaliated by mobilizing its army, and with help from Armenian militias from the Caucasus advanced into present-day northern Turkey.

On April 24, 1915, the Ottoman Turks responded by rounding up several hundred Armenian intellectuals in Istanbul. They were subsequently accused of treason, deported to Ankara, and interned or executed.

Soon after, Istanbul ordered the deportation of 1.3 million Armenians. Considered a national security threat, Armenian deportees were force-marched an average of 700 kilometers to locations in northern Iraq and central Syria.

Western diplomats and missionaries residing in the region at the time documented horrors of murder and rape and spoke about an Ottoman state policy of Armenian extermination.

Even Ottoman sources record 400,000 Armenian deportations, noting that 300,000 of them died of thirst or starvation during the arduous journey. The same sources claim that most Armenians (700,000) fled to the Caucasus or the West, while 100,000 stayed in Turkey.

Conversely, the University of Minnesota Center for Holocaust and Genocide Studies gives figures far larger than the official Ottoman estimates, asserting that there were over 2.1 million Armenians in the Ottoman Empire in 1914, but eight years later only about 387,800 remained.

Nevertheless, American Islamists reject even conservative estimates of Armenians killed, demanding that any formal acknowledgement of the genocide should also “recognize Turkish and Muslim suffering.”

USCMO’s denialist statement produced widespread outrage in 2015, prompting a few of its member organizations to feign indignation and publish tepid and disingenuous responses. For instance, CAIR Chicago was sure to absolve Turkey of any responsibility, blaming “the military coup government of the collapsing Ottoman Empire” for the bloodshed, thereby suggesting that the dissolution of the Sultanate relinquished the successor government of any responsibility.

USCMO would rather pander to Turkey’s expansionist foreign policy agenda than recognize crimes that are more than a century old.

Despite the backlash, USCMO subordinate groups continue to assist Turkish government attempts to distribute denialist propaganda. In November 2018, MAS — the overt arm of the Muslim Brotherhood in America — allowed Turkish authorities attending its West Coast convention to distribute books and pamphlets downplaying the atrocities, suggesting that forcible transfers were necessitated by a “life or death struggle” in a time of war and blaming the genocide on “armed actions by the Armenians.”

To be sure, American Islamists are unwilling to upset their foreign benefactor. Turkish President Recep Tayyip Erdoğan acts as a significant source of financial and political support to Islamist movements around the world, offering a safe haven in Turkey to radicals from the Muslim Brotherhood and Hamas. In return, USCMO leaders are said to treat the Turkish president “like a Sultan.”

“As Americans, we are concerned about alienating a key ally, Turkey, through one-sided declarations that political and religious leaders have made on this subject,” the coalition wrote in 2015. The statement extolled Turkey’s virtues as a model U.S. ally that assumes “a unique regional and global leadership role in ensuring peace and prosperity for all.”

Erdoğan is striving to revive the Ottoman Empire’s geopolitical influence, and part of this strategy requires using American Islamists to advance his priorities. Based in the Chicago area, USCMO secretary general Oussama Jammal is a major figure in Erdoğan’s “domestic political meddling,” and his organization acts as a support and lobbying group for Erdoğan’s anti-American policies among U.S. Muslims.

Previously, Erdoğan has mobilized his American Islamist proxies on the anniversary of the Armenian Genocide.

These demonstrators included Halil Mutlu and Gunay Evinch, senior members of the Turkish American National Steering Committee, a nationalistic civil society organization openly loyal to Ankara. Representatives from the Diyanet Center of America, Turkey’s state religious authority in the U.S., were also present at the rally to deny Armenian persecution.

USCMO would rather pander to Turkey’s expansionist foreign policy agenda than recognize crimes that are more than a century old. Ultimately, the Islamist position on the Armenian Genocide reveals their duplicity; USCMO member organizations claim to advocate for human rights, justice, and interfaith relations. Yet, in denying the systematic killing of 1.5 million Armenians, American Islamists expose their supremacist worldview, a dogma that elevates the lives of Muslims above non-believers.

After 105 years, it is past time that America’s largest coalition of Muslim nonprofits recognize one of the most horrendous war crimes in human history.

Hesham Shehab is the Chicago Fellow at the Counter-Islamist Grid, an initiative of the Middle East Forum.