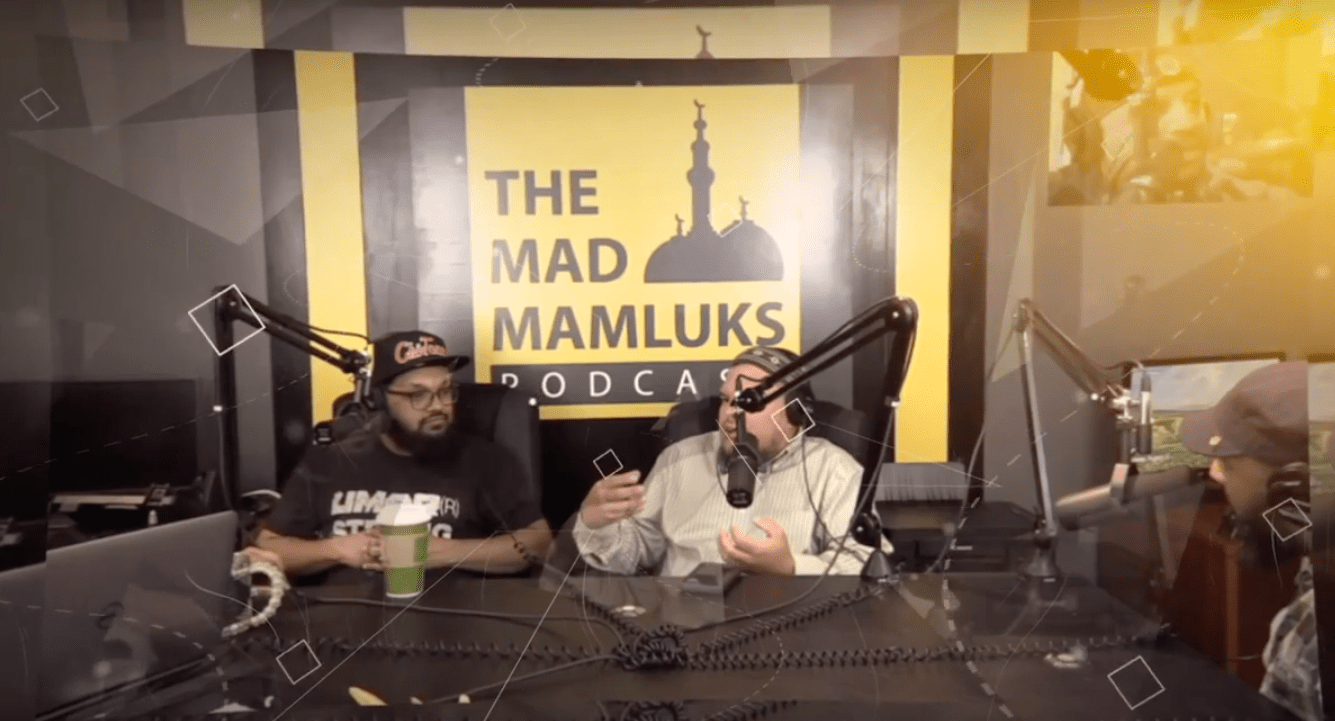 More Politics
Sign Up to receive Our Latest Updates!
Register
Hot Off
The Press
The Talkies
Memorial Day for Classic Hollywood
by Lou Aguilar
The Nation’s Pulse
Trump Faces Trouble in Alaska
by Craig Shirley
The Current Crisis
The War of the Masks
by R. Emmett Tyrrell, Jr.
Main Street U.S.A.
The People Speak: Populism and the Pandemic
by William Murchison
Special Report
Xi Jinping Wants to Become the New Mao
by Doug Bandow

On the Chicago-based independent Muslim podcast The Mad Mamluks, a leading New York Muslim leader accused Muslim scholars, such as Sheikh Hamza Yusuf Hanson, of being used as a rubber stamp in order to legitimize American “imperialist” policies and support for wars against Muslims.

Raja Abdulhaq, the Executive Director of New York’s Majlis Ash-Shura Islamic Council, has a history of expressing radical and violent views. His Facebook page is riddled with anti-Semitic propaganda and support for designated terror groups such as Hamas, The Muslim Brotherhood, and jihadists such as the notorious Aafia Siddiqui, otherwise known as Lady al Qaeda.

Yusuf, whom Abdulhaq denounced on the podcast, is a human rights expert on the newly created “Commission on Unalienable Rights,” where he will serve as advisor to Secretary of State Mike Pompeo on issues of how American foreign policy relates to human rights.

On the podcast, Abdulhaq excoriated Yusuf for being “used to give Islamic legitimacy to [an] American imperialist agenda and to help the Administration in its PR campaigns.”

Yet, contrary to Abdulhaq’s view of Yusuf as an American pawn, Yusuf himself has made numerous past statements that call into question his own commitment to modernity and Western values.

Yusuf once declared Judaism a racist religion and referred to the Bill of Rights and democracy as “false gods.” He also came to the defense of convicted terrorist Sheikh Omar Abdel-Rahman, infamously known as the Blind Sheikh, who masterminded the 1993 World Trade Center bombing and plotted to bomb a series of New York City landmarks throughout the ’90s, including the George Washington Bridge and the United Nations building.

Even after serving as adviser to former President George W. Bush, Yusuf asserted that victims of the Charlie Hebdo massacre had heaped their murder upon themselves.

“They acted much like Steve Irwin, the Australian crocodile hunter, who went around poking wild animals only to provoke a response from them […] Like the Charlie Hebdo staff, Irwin well knew the risks he was facing when provoking these wild animals and fell victim to the consequences,” Yusuf claimed, implying that blame should be placed on critics of Islam, not on those who murder them.

On the one hand, Yusuf has also condemned Islamic terrorism, lauded the American Constitution, and denounced anti-Semitism. Abdulhaq’s primary gripe with Yusuf seems to be the latter’s praise of the United Arab Emirates.

Unlike Yusuf’s troubling doublespeak, Abdulhaq’s hatred for anything Western is unwavering. On the podcast, he claimed that the United Nations was created only to secure Western colonialist ambitions.

“They needed a system to justify and legitimize their colonialism of the rest of the world,” he stated.

Abdulhaq also encouraged violence against Israelis, arguing that Muslims had a religious obligation to engage in armed resistance.

Not surprisingly, the Mad Mamluks podcast itself advocates a national boycott of the state of Israel on its Twitter page and regularly features clerics or Islamists who espouse hateful views towards Jews, women, and homosexuals. The list ranges from Nouman Ali Khan, who has denounced homosexuality and justified sex slavery and domestic violence, to Dawud Walid, who referred to Jews as “cursed,” having “incurred the wrath of Allah,” to Yasir Qadhi, who called the Holocaust a “hoax,” defended the Taliban and al Qaeda, and advocated for the killing of homosexuals.

After the podcast, Abdulhaq took to Facebook to deride Yusuf further, questioning his abilities to influence foreign policy and accusing him of legitimizing an “American Imperialist agenda.”

Instead of building a healthy Muslim community integrated in its Western environment, Islamists like Abdulhaq are committed to an absolutist and fanatical worldview in which Muslims are afforded a priori arch-victim status while Western culture is deemed wholly evil and responsible for all the world’s woes.

Karys Rhea is the New York Associate and Hesham Shehab is the Chicago Associate of the Counter-Islamist Grid (CIG).

5
Daily Folios and Consecutive Sentences
Where Is Cuomo’s Apology for Killing 10,000 People?
by Dov Fischer