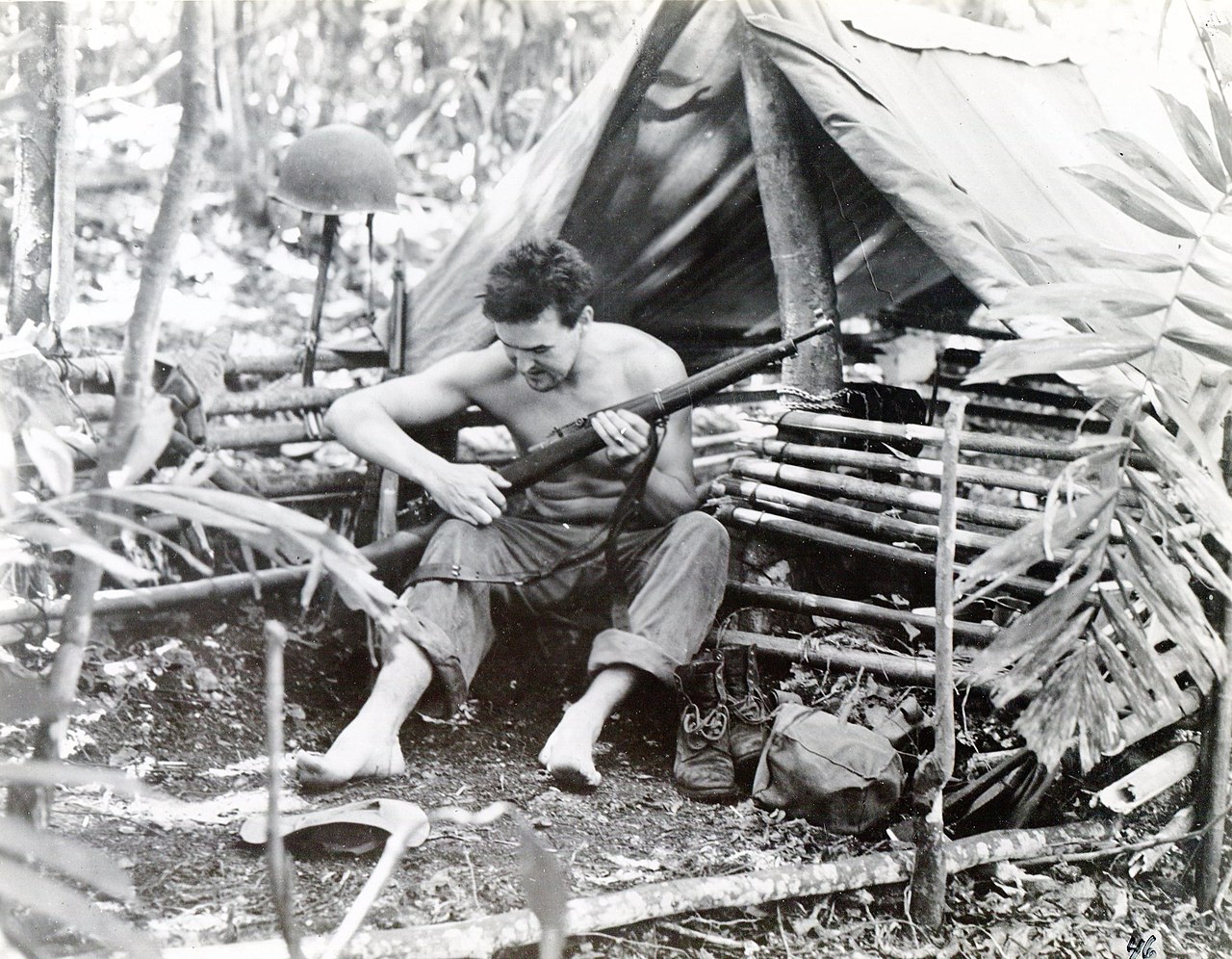 Eighty years ago, on Aug. 7, 1942, American Marines went ashore on the tropical islands of Guadalcanal and its tiny neighbors Tulagi, Gavutu, and Tanambogo. This marked the first sustained offensive action by American land forces in the Pacific. After the Japanese attack on Pearl Harbor on Dec. 7, 1941, America and its allies had been chased out of the Philippines, Wake Island, Hong Kong, Malaysia, Singapore, and Indonesia. It was as Adm. Isoroku Yamamoto said, the time of “running wild” for six months, with no “expectation of success” thereafter. The Japanese had awoken a sleeping giant by attacking Pearl Harbor.

Guadalcanal was the first step on the way to Tokyo Bay. But that road was a long, grinding one.

In April 1942, America turned the Japanese forces away from an attempt to turn the corner on New Guinea and capture Port Moresby. The Battle of the Coral Sea is seen as a tactical American defeat and a strategic victory. Had the Japanese succeeded, they would have been on Australia’s doorstep. They were turned back, though, and never tried again.

In June, the American Navy delivered a resounding victory at Midway, sinking four Japanese aircraft carriers and losing one. Again, they turned the Japanese away from a planned invasion of Midway Island. As Craig Symonds notes in The Battle of Midway, six months after Pearl Harbor, the “instrument” of the Japanese attack on Pearl Harbor “had been smashed beyond recovery.”

After Midway, American codebreakers learned that the Japanese Army was building an airfield on Guadalcanal. That airfield posed a threat to the American shipping lanes to Australia. Adm. Ernest King, the Navy’s commander-in-chief, decided to defuse that threat by taking the island.

From the sea, Guadalcanal looked like paradise, but that view was deceptive. James Jones, the future author of From Here to Eternity, found the island to be a stinking “pestilential hellhole.” It was hot, humid, and very rainy, and that combination meant that it never dried out. Donald Miller, who has written about D-Days in the Pacific, writes, “The vine-choked forest blocked out the sun and was filled with slimy mud and rotting vegetation. This damp growth gave of a vile, unforgettable smell and was a breeding ground for voracious insects and dozens of debilitating jungle diseases.” One Marine observed, “If God ever created a hell-on-earth contest the island … would have made it to the finals.”

The Marines were unopposed as they came ashore on Guadalcanal. They quickly took over the airfield and established a perimeter. The Japanese reacted, however, bringing in reinforcements for the construction workers who were there when the Marines arrived.

The Marine position quickly became tenuous because their supporting Navy vessels left the area without having fully unloaded. The admiral commanding the three aircraft carriers, which were operating to the south of Guadalcanal, and their supporting vessels was concerned about land-based Japanese air power. So, he moved his carriers away from Guadalcanal out of Japanese range, and the incompletely unloaded transport vessels soon went with them. But, not before a Japanese fleet made a devastating night attack, rendering the Allied naval forces largely hors de combat. The Japanese commander returned to his base at Rabaul without attacking the transports; he was concerned about the possibility of being caught by American aircraft when day arrived.

The Marines on Guadalcanal soon completed the airfield, and, by Aug. 18, the field was ready to receive American planes of any kind. The dynamic began to shift as the Americans controlled the daylight hours and the Japanese planes and ships controlled the night. The battle turned into one of attrition, in which America held the advantage. The American Navy performed better than it had when surprised on Aug. 8, 1942, as it took advantage of its radar capability; the improvement became even more apparent when Adm. William Halsey Jr. took over in October 1942. Japanese supply runs became more and more difficult to perform as American aircraft and patrol torpedo boats took a larger and larger toll on the Japanese supply effort.

In the end, the Japanese decided to cut their losses and evacuated their surviving troops from Guadalcanal in February 1943. With that evacuation, the United States was on its way to an eventual victory.