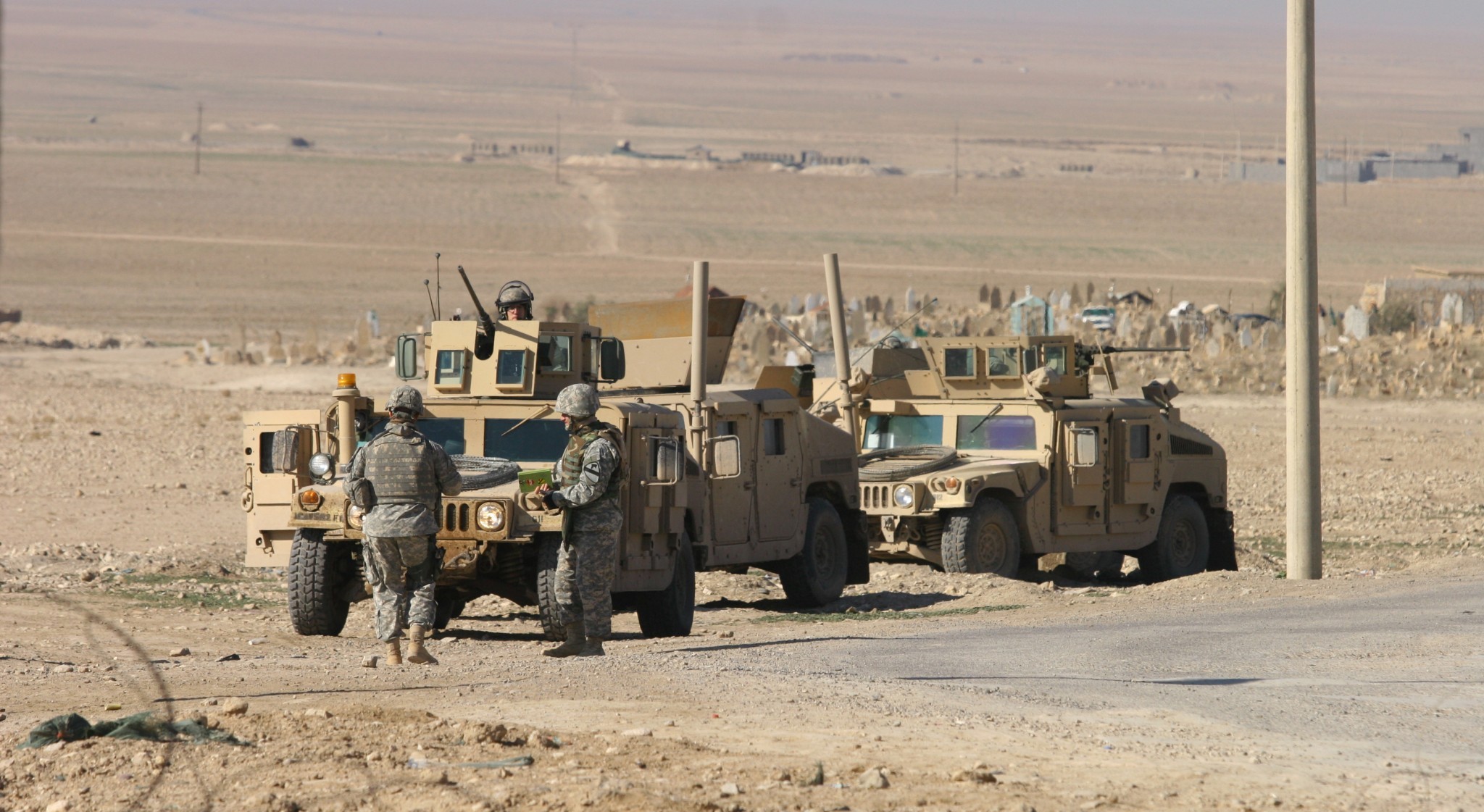 Afghanistan and Iraq are vastly different. Afghanistan has been dominated by feuding warlords for many centuries, without a central and respected writ of authority. Iraq, as an integral part of the Levant, has been a nation-state actor connected to much of the world through OPEC, founded in Baghdad — and through trade and investment with the West.

Yet in both countries, the United States was thwarted by tribalism, also known as ethnic nationalism, the force of which it never seemed to appreciate.

This is a remarkable shortcoming: in the Library of Congress and other government bodies, and in academia in the U.S. and Britain, there is a wealth of information about the history and anthropology of tribes in Afghanistan and the Middle East. In short, the military met its objectives, but somehow our politicians assumed away the problems of the Afghanistan campaign and the reconstruction of Iraq.

Afghanistan has been described as a 20-year war of necessity, started immediately against the Afghan Taliban after September 11, 2001. The total expenditure is estimated at over $2 trillion, plus the loss of 240,000 lives, according to the Costs of War Project, which uses Department of Defense data. The objectives were to topple the Taliban, which gave comfort to Osama bin Laden and al-Qaida elements in Afghanistan; find and kill bin Laden; prevent future devastating attacks against Western interests conceived in the limestone caves of the Safed Koh mountain range; and, finally, conduct counterinsurgency and nation-building. Not surprisingly, the U.S. military is not trained in nation-building. Nor is it trained in creating democracy, ending the opium trade, or developing an economy.

In 2003, the Iraq War to oust Sadddam Hussein, a Sunni Muslim, was called more a war of choice than a war of necessity by James Baker, former secretary of state. Addressing Muslim countries in June of 2009, President Barack Obama said that the Iraq War was also a war of choice, however he confusingly said to veterans at a convention in August 2009 that it was a war of necessity. That war is estimated to have cost over $1.9 trillion with 650,000 deaths estimated by the Johns Hopkins School of Public Health. The installation of a Shiite Muslim government led by Nouri al-Maliki that marginalized Sunnis gave rise to a Sunni backlash in the form of the Islamic State of Iraq and Syria known as ISIS or ISIL, the Islamic State of Iraq and the Levant. And now there are sympathies in Iraq for the Iranian proxy militias.

A reading of history would have confirmed that the United States and its partners should avoid long-term engagements in both countries.

In Afghanistan, Alexander the Great encountered the dominant Pashtun tribe in the 4th century B.C. and took an arrow in his leg in what became the North-West Frontier Province of the British Raj, now known as Khyber Pakhtunkhwa. The mortal remains of his men also lie in those bleak, arid escarpments. Babur, the Mongol founder of the Mughal Empire in the Indian subcontinent at the Battle of Panipat in 1526, wrote in his memoirs that the tribes of Waziristan, which are heavily Pashtun, were “unmanageable.”

During the 80-year period of 1839 to 1919, the British fought intermittently and unsuccessfully in the Emirate of Afghanistan, viewed as a buffer against advancing Russian influence. One of their worst moments was the infamous 1842 retreat from Kabul, with Afghans wiping out the column of Major-General Sir William Elphinstone as it tried to make its way to safety in Jalalabad. The British had defeated Dost Mohammad of the Barakzai tribe of Pashtuns, to replace him with Shah Shuja Durrani, of another Pashtun tribe.

The Soviet Union’s 10-year descent into Afghanistan also ended badly, with almost 15,000 Soviet soldiers killed as well as over 100,000 Mujahideen and Afghan troops — and one million civilians. In 1979, when the Soviets invaded, they killed Prime Minister Hafizullah Amin, of the Pashtun Ghilzai tribe, and installed Babrak Karmal of the Persian-speaking Tajik ethnic group. The USSR, too, underestimated the resistance of the Afghan tribes.

In the early days of the Afghanistan campaign, American covert forces worked effectively with the Northern Alliance, before the deployment of massive U.S. forces on the ground. But as Jim Mattis, former secretary of defense, writes in his book Call Sign Chaos, in the hunt for Osama bin Laden, Afghan tribals with affinities to the north were sent to Tora Bora in the east, dominated by Pashtun — where they were strangers and unfamiliar with the local population.

In Iraq, the ethnic story is similar. The Sunni–Shiite schism dates to the Battle of Karbala in 680 A.D. between an Umayyad family caliph and Husayn ibn Ali, the grandson of the Prophet. After the death of Husayn at Karbala, there followed a struggle between Shiite Muslims and Sunni Muslims that continues to this day. Since Muhammad did not name a successor, there was debate about the characteristics of a caliph. The Sunni view was that the caliph should be selected on merit and administrative ability, without regard to religious status. The Shiite view was that succession should be hereditary via descendants of Fatimah, the daughter of Muhammad, and Ali, his cousin, Ali ibn Abi Talib. The Shiites also believed that the caliph should be an imam with both religious and political status. Complicating this religious divide has been Sunni rule in countries that are primarily Shiite, such as Iraq and Bahrain.

Following the Iraq War, the mission of reconstruction of destroyed infrastructure followed, in an effort to rebuild a broken nation: oil, electricity, telecommunications, health care, transportation, and security are among the many sectors to be rebuilt after the collapse of the country. Although the U.S. imposed a Shiite successor to Saddam Hussein, even the Shiites were alienated by the administrative and operational chaos that followed.

Both Afghanistan and Iraq are ending badly for the United States. As the Taliban encroaches and wins more and more territory in Afghanistan, now estimated at of one-third of the districts, the government of President Ashraf Ghani, the Afghan establishment, and those who collaborated with the United States and NATO must be fearful of the morrow. One could be reminded of Nobel laureate Rudyard Kipling’s “Ballad of the King’s Mercy,” in which justice in Kabul is by the “running noose and swift as plunging knife.”

In the case of Iraq, moreover, Iranian influence has rushed to fill the void left by the absence of Saddam Hussein, the Russians have increase their naval and air presence in Syria, and the Quds Force of the Iranian Revolutionary Guards in Syria are believed to have increased their strength in eastern Syria.

U.S. engagement in both Afghanistan and Iraq shows a lack of respect for history as well as for the force of tribalism: it is hard to believe that the country with the mightiest military, technology, and materiel could be stymied by local militias and tribesmen, who knew well that even a standoff would be ruled as their victory.

But this revelation is no surprise: it is common for each generation to think that it is wiser, better educated, more sophisticated, richer, technologically more advanced, and more worldly than the preceding one. The ancient Greeks had a word for it: ύβρις, or hubris.

So how could Afghanistan and Iraq have been executed better? Diagnostics in hindsight are always easy. The U.S. and NATO should have quit Afghanistan after Osama bin Laden was killed in 2011. It is hard to say that the terms of the current exit and conditions in the country are better now than they were then, in spite of a massive training effort for the Afghan National Security Forces, albeit with limited success. In the case of Iraq, in the 1991 Gulf War, George H. W. Bush and his advisers had the wisdom to meet a limited and defined objection: eviction of Saddam Hussein from Kuwait, avoiding the complexity of rebuilding and managing the country after seizing Baghdad.

Will the experience of fighting warring tribes far away on their own soil as an occupying force be understood by future generations of planners? As long as there is hubris — overconfidence and excessive pride in the human spirit — probably not.