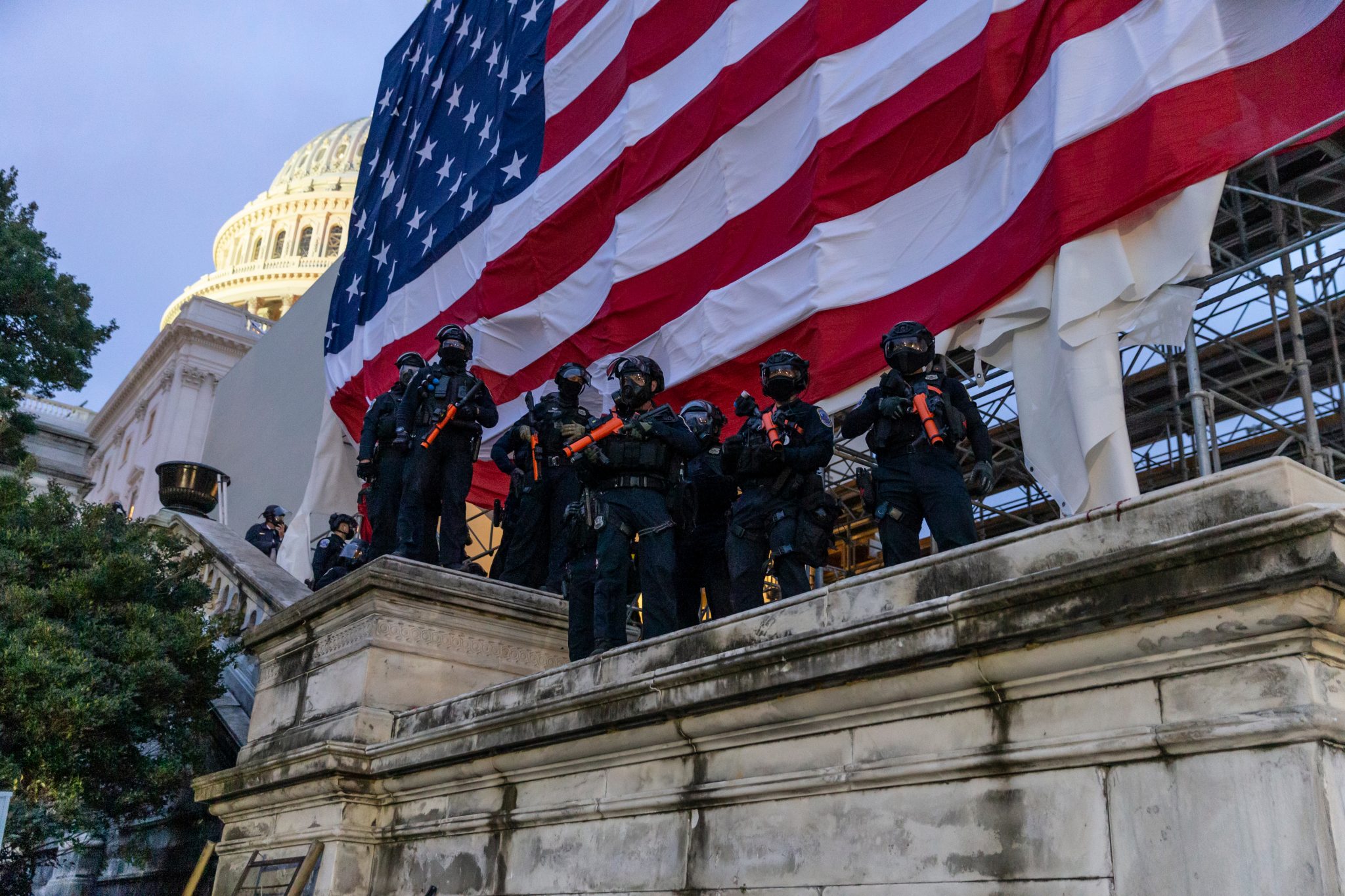 For several hours last Wednesday, an insurrectionist mob attacked a joint session of Congress and prevented it from performing its constitutional duty to count the votes cast in the Electoral College to certify the results of a presidential election.

The mob’s attack was, thus, anti-constitutional, unpatriotic, and un-American. For those hours, the mob made America the same as Venezuela or Lebanon or those countries where democracy is spoken of but not practiced. America was diminished both domestically and internationally.

The lives that were lost during the mob’s action cannot be restored. The broken windows and smashed furniture can be repaired far more easily than the political damage the mob did domestically and abroad.

The facts are the facts and we’re all stuck with them. Ever since the November 3rd election, President Trump has insisted that he won by a landslide and that the election was rigged against him. In the days before the rally — which was timed to coincide with the joint session of Congress to certify the Electoral College votes — Trump pumped up the rally and said that the crowd should march to the Capitol. He demanded that Vice President Pence reject the Electoral College votes and make him president for a second term. Pence properly refused.

At the rally, his speech sounded all the same themes. He didn’t directly call for the mob to attack Congress, but the attack was a foreseeable result of his speech.

As long as Trump remains the principal voice of the Republican Party, neither American conservatism nor the GOP — and there is still a major difference between the two — can recover from the damage done on January 6.

Our enemies and some of our allies abroad could barely conceal their schadenfreude. China, Russia, Iran, and Turkey all gleefully characterized the mob’s action as proof that American democracy had failed.

China may have been first to capitalize on the mob’s action. According to the Washington Times, two government-controlled Chinese newspapers — China Daily and Global Times — wrote that the mob’s action proved the “internal collapse” of the US political system and proof that China’s system of government was superior. A third Chinese outlet said that Americans should be prepared for more political violence.

As the Wall Street Journal reported, the Communist Party Youth League used the words Nancy Pelosi had used earlier to describe the Hong Kong pro-democracy demonstrations — “a beautiful thing to behold” — to caption photos of mob’s violence at the Capitol. Other Chinese media said the mob attack signaled the collapse of the U.S. political system that would destroy America’s global image.

The Journal also reported that the Russian state news agency, RIA Novosti, posted photos and a video of the damage the mob did, writing, “Here’s new footage of the pogrom that protesters committed in the Capitol building.”

Turkey’s Islamist President Recep Erdogan, always eager to criticize America, said, “This process in the US, a country described as a so-called ‘cradle of democracy,’ absolutely shocked all humanity… We see it as a disgrace for democracy.”

Eager not to be left out, Iran’s “Supreme Leader” Ayatollah Khamenei said that the mob attack on the Capitol was “God’s revenge” for America sowing instability in the Middle East. Khamenei Tweeted, “Have you seen the situation in the U.S.? This is their democracy and this is their election fiasco. Today, the U.S. & ‘American values’ are ridiculed even by their friends.”

Iran’s “moderate” President Rouhani said, “What happened in the US shows how fragile Western democracy is,” he said. “Despite all their scientific and industrial achievements, we see a huge influence of populism. When a sick person takes office, we see how he disgraces his country and creates troubles for the world.”

Let’s stop here for a second. What the Chinese, Russians, Iranians, and Turks said was for home consumption. But what Khamenei said was at least partially correct about our friends’ ridicule.

German Chancellor Angela Merkel said that the images of the mob attack made her “sad and angry” and that, “I regret very much that President Trump [has] not acknowledged his defeat since November and also again [did] not yesterday. Doubts about the election outcome were stirred and created the atmosphere that made the events of last night possible.”

UK Prime Minister Boris Johnson condemned Trump’s “encouragement” for the behavior of the mob that attacked the Capitol. He said, “All my life, America has stood for some very important things, an idea of freedom and an idea of democracy and… in so far as he encouraged people to storm the Capitol, and in so far as the president consistently has cast doubt on the outcome of a free and fair election, I believe that that was completely wrong.”

The statements by Merkel and our other allies are, like the statements of our enemies, partly for home consumption. But they also are part of the political maneuvering that weaken alliances and throw the balance of power in the world off, making war more likely.

Today, Nancy Pelosi will begin a second impeachment of Trump. It may pass the House before his term is up on 20 January, but even if it doesn’t, the Senate can consider it and, at least theoretically, convict Trump and ban him from running again.

President-elect Biden has played it cool, declining to participate in Pelosi’s continued jihad against Trump. But he knows it will provide some political cover for him in the first one hundred days of his presidency.

American conservatism faces some very bleak years in the political wilderness. There is no strong ideological conservative politician, except Mike Pence, who could bring us out of the wilderness. But Pence is tarnished by his years of loyalty to Trump. Trump, on January 6 and in the weeks before it, repaid Pence’s loyalty by making him the villain of the Electoral College certification.

Eventually, there will be another strong conservative who can rise to prominence and lead us out of the wilderness. Meanwhile, America will continue to diminish itself and — under Biden — create opportunities for our adversaries to capitalize on that diminution.