Biden Watch Border,Energy,Immigration,Inflation,Iran,Joe Biden,Kamala Harris,keystone,nuclear weapons All the President’s Disconnects - The American Spectator | USA News and Politics
Menu
Biden Watch
All the President’s Disconnects
The best that can be said about him is that he’s consistently wrong.
by Frank Schell
Mr. Biden at his inauguration (BiksuTong/Shutterstock.com) 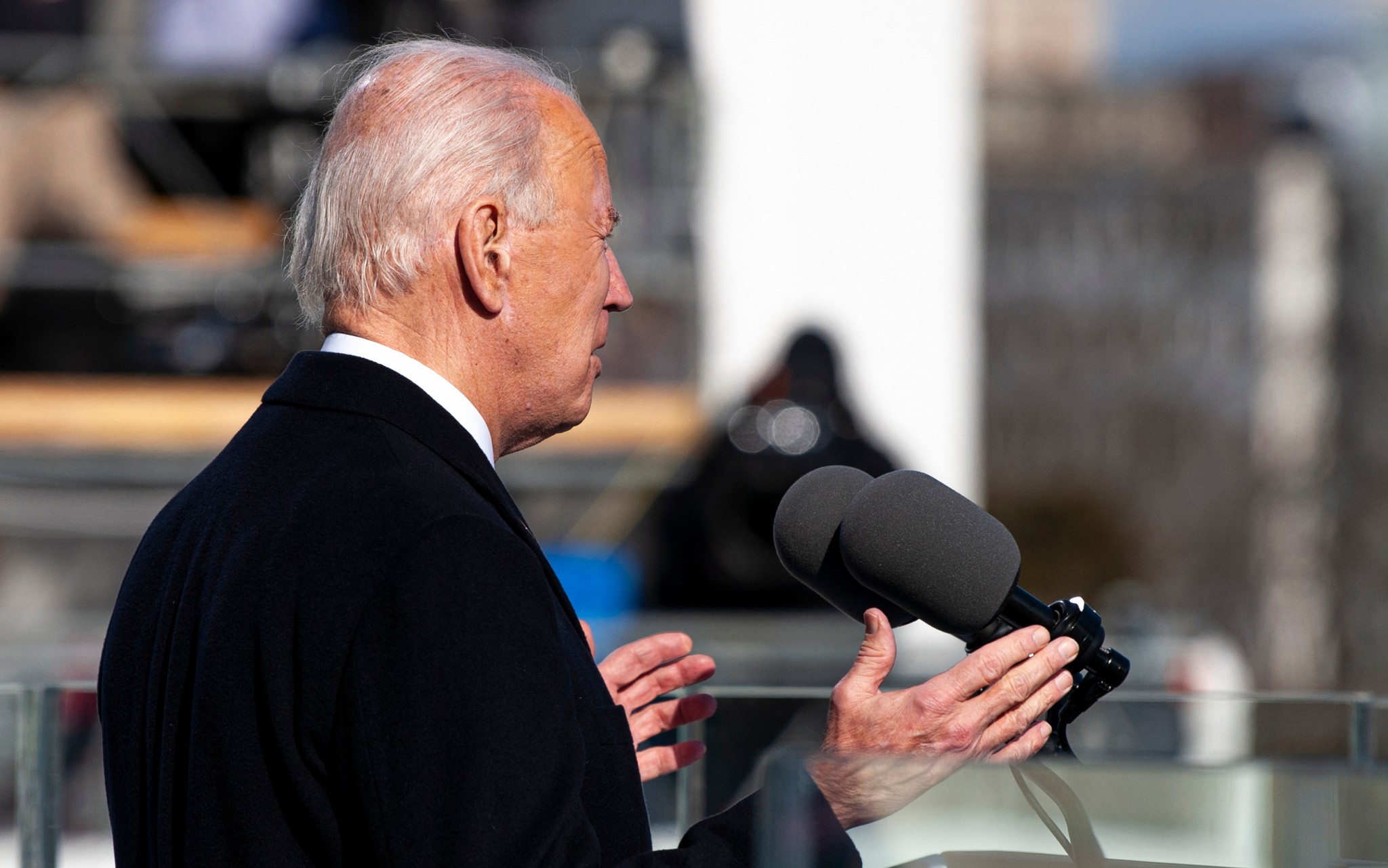 “I think he has been wrong on nearly every major foreign policy and national security issue over the past four decades,” former Defense Secretary Robert Gates states regarding then Vice President Joe Biden in his book Duty: Memoirs of a Secretary at War, released in 2014.

Nothing much has changed since this statement of Robert Gates, who served as Director of Central Intelligence under President George H.W. Bush, and later as Secretary of Defense under both presidents George W. Bush and Barack Obama.

Cancellation of the Keystone Pipeline in June of last year has positioned the U.S. from a net exporter of energy to tapping the caverns of the Strategic Petroleum Reserve.

The mullahs of Iran have recently taken to brutal suppression of what began as women protesting, enraged by the death of Mahsa Amini for violating hijab rules. In a strategic disconnect, President Biden has missed an opportunity to address the Iranian people forcefully, to express support for their desire for human rights and regime change. Instead, the White House is seeking another agreement to limit Iran’s nuclear aspirations. To believe that adventurist Iran will not cheat and continue to develop enriched fissile material is a willing suspension of disbelief, to use the words of Samuel Taylor Coleridge.

Elsewhere in the Middle East, Saudi Arabia, caught somewhere between being a “pariah” and vaunted partner of America since 1931, is sticking it in President Biden’s eye by raising oil prices at a time when inflation is ravaging the West. Although the Department of State lauds the Kingdom as the largest client of Foreign Military Sales (FMS), with numerous other collaborations, the relationship is sorely disconnected from this happy talk. In the meantime, Saudi Arabia is lining up with Russia in the increase of oil prices.

In Asia, there is more confusion. In spite of the affirmed policy of “strategic ambiguity” about the U.S. defense of Taiwan, President Biden perplexed the world in September by saying that the U.S. would militarily defend Taiwan, were it attacked by China. This means the U.S. would risk a nuclear war with China over a Mandarin speaking island 100 miles from Mainland China. Or does it?

And on Friday, the president’s confusing reference to the “prospect of Armageddon” required clarification by the White House, which indicated there is no evidence that deployment of nuclear weapons is imminent.

While the words of former Secretary Gates are aimed at foreign and national security policies, on the domestic front, we also see misguided actions that have backfired and are disconnected from reality. The Biden administration’s energy policy is one such example: cancellation of the Keystone Pipeline in June of last year, a capitulation to the progressives, has positioned the U.S. from a net exporter of energy to tapping the caverns of the Strategic Petroleum Reserve.

Moreover, declining approvals for oil and gas drilling by the Bureau of Land Management come at the worst possible time.

Further, the Biden administration has never fully owned up to the causes of inflation, which it has called “transitory.” Blaming it on oil, commodities prices, and Russia’s war on Ukraine, the president has also done nothing to right the narrative of progressives — demagogues who incite and say that greedy corporations are behind the inflation figures. In monetary economics, it is well known that increasing the money supply while output is basically finite is a fundamental cause of inflation. While estimates vary, an accepted figure would seem that about $5 trillion was injected by the Biden and Trump administrations. No economy can withstand that kind of stimulus without inflation.

The Biden administration’s record on immigration and student forgiveness of federal debt are also disconnects. Two million illegal migrants were apprehended at our southern borders in 2021, but by one estimate in the Washington Post, 1,000 people entered the U.S. illegally per day. How this fits with the recent assertion by Vice President Kamala Harris that “the border is secure” is well, anyone’s guess. One need not be a cynic to think that one person’s illegal immigrant is another person’s future Democrat.

Finally, the student debt forgiveness recently announced by the White House, estimated to cost between $469 billion to $519 billion by Penn Wharton, is not only inflationary, but it also penalizes those who diligently repaid their debts. It is a bad signal that says you can live beyond your means — just leverage up and someone else will take care of you. Promoting a so-called moral hazard, it is disconnected from fiscal responsibility. Nonetheless, it can buy the votes of indebted millennials.

In the November Congressional elections, the American people have an opportunity to repudiate the misguided policies of the Biden Administration. They will be a referendum on all the president’s disconnects.