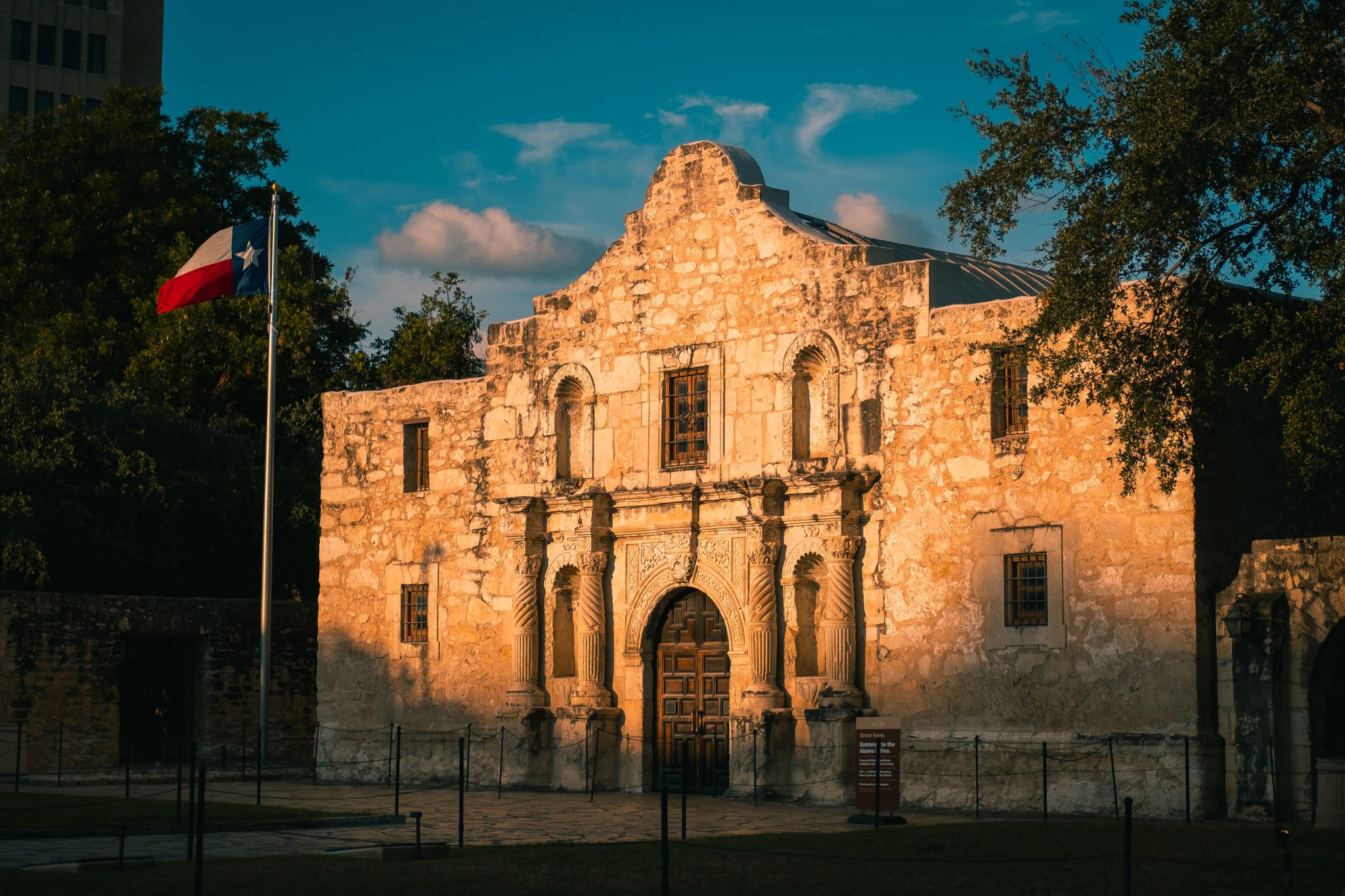 James Bowie, Davy Crockett, and other Texas patriots who perished at the Alamo “pretty much died for nothing,” Bryan Burrough and Jason Stanford, respectively a journalist covering the Lone Star State and an Austin consultant to Democratic politicians, write in Time. They contend that “how anyone could attest to the defenders’ ‘bravery’ is beyond us. The men at the Alamo fought and died because they had no choice.”

They actually faced a choice similar to the one faced by those fleeing the narco-state today: live under a corrupt regime or risk much for the chance of a better life. Mexicans then as now will gamble everything not to live in Mexico.

“Imagine if the U.S. were to open interior Alaska for colonization and, for whatever reason, thousands of Canadian settlers poured in, establishing their own towns, hockey rinks and Tim Hortons stores,” the Time article opens. “When the U.S. insists they follow American laws and pay American taxes, they refuse. When the government tries to collect taxes, they shoot and kill American soldiers. When law enforcement goes after the killers, the colonists, backed by Canadian financing and mercenaries, take up arms in open revolt.”

The analogy misses much. Imagine that the locals revolted not just in Alaska but in California and Florida and other geographically unconnected parts of the country — and that they constituted not just Canadians but people of sundry backgrounds. At that point, sensible Americans might blame their government rather than citizens wishing to live under some other government (perhaps one that did not empower the president to dismiss the Congress and Supreme Court).

Texans did not stand alone in wanting out.

Hondurans, Guatemalans, Costa Ricans, Nicaraguans, and El Salvadorans opted for independence rather than continued rule by the First Mexican Empire after the Spanish lost control in the early 1820s. The Republic of the Rio Grande seceded briefly from the Centralist Republic in 1840. The Mayans of the Yucatán Peninsula declared their independence from Mexico in 1841 and remained untethered for seven years. Alta California became the bulk of the American Southwest, albeit in a more manufactured and less grassroots effort than the other independence movements, as a result of the Mexican–American War. Other parts of Mexico tried to secede but did not succeed.

Beyond this, the Baked Alaska Analogy loses sight of the fact that while Alaska became a U.S. territory about 150 years ago, by the time Texas wisely fled Mexico the flag of Spain flew over the country just 15 years prior — and, as any amusement park enthusiast can tell you, the flags of the Republic of Texas, the United States, and the Confederacy flew over the Lone Star State over the course of the next 25 years.

The Time piece, and much else written on the subject, ignores the reasons for this later instability. The additions to the United States necessarily brought subtraction, which occurred, quite predictably, with great bloodshed.

Many in the free and independent states that made the compact saw the additions as a dilution of their power and a negation of the initial deal. Though this viewpoint may appear strange to readers used to the 50 states as the United States, consider that during the Manifest Destiny period many did not wish to stop with Texas but wanted to create a republic from coast to coast and pole to pole. The idea of adding Texas to the Union struck them as oddly as the idea of adding Honduras strikes you.

“If this bill passes,” no less a Yankee than Josiah Quincy III remarked in the House of Representatives in 1811 upon a failed proposal to make added territory in the South a new state, “it is my deliberate opinion that it is virtually a dissolution of this Union; that it will free the states from their moral obligation; and, as it will be the right of all, so it will be the duty of some, definitely to prepare for a separation, amicably if they can, violently if they must.”

When the idea of making a state of a foreign nation — and by a mere majority vote no less — arrived in the 1840s, the people who fought a war less than two decades later to stop secession proposed secession. Slavery played a great role in the passions. But the same betrayal that you might feel if your 50-50 business partner suddenly made his brother an equal partner stung many Americans, particularly ones from the original 13 colonies, once distant places became states.

Stephen Phillips, a former congressman and relative of Josiah Quincy, articulated this bitter feeling that soon morphed into bitter violence. “Texas annexed — what has become of the Constitution? Massachusetts answers, of course — she has given her answer in advance — the Constitution has been violated and overthrown.” He remarked that the unconstitutional annexation of an existing nation without a treaty passed by two-thirds of the Senate resulted in “the whole of New England dwindled into comparative insignificance.” Significantly, he asked, “Massachusetts and Texas — forced together as they will be — all the peculiarities of their character and condition tending only to mutual repulsion — and how can they become, in any proper view of the relation, for any purpose of cordial or useful union, sister states?” Phillips told his Boston audience that free states either aid and abet the slave states or remove themselves from the union.

Quincy, Phillips, and others predicted the future. They just prophesied secession from the side that fought for union.

The annexation of Texas, which contained about 35,000 people in 1836, meant more to the United States than its secession from Mexico meant to the Mother Country that never saw it grow beyond its teenage years. Its controversial annexation, rather than accentuate-the-negative history wondering why it ever separated from a Mexico that executed any survivors at the Alamo that it could not first kill in battle, deserves the uncomfortable conversation among historians. Burrough and Stanford’s thesis strikes as too familiar at this point — sort of A People’s History of the United States writ small for a state that doesn’t do small. The duo contend that “the Alamo has long been viewed as a symbol of Anglo oppression.” It shouldn’t. The Alamo represents the same overwhelming desire held by millions of Mexicans today: to live somewhere other than Mexico.

Mexico is a horrible neighbor. As the people literally dying to leave show, Mexico is a worse landlord. A largely unschooled man farmed out as an indentured servant in youth best known to Americans today for wearing a coonskin cap knew this even before Mexicans slaughtered him. Poor, hard-working people like him in Mexico today know this, too.

Davy Crockett “died for nothing”? Texans do not drown going south over the Rio Grande for a better life.