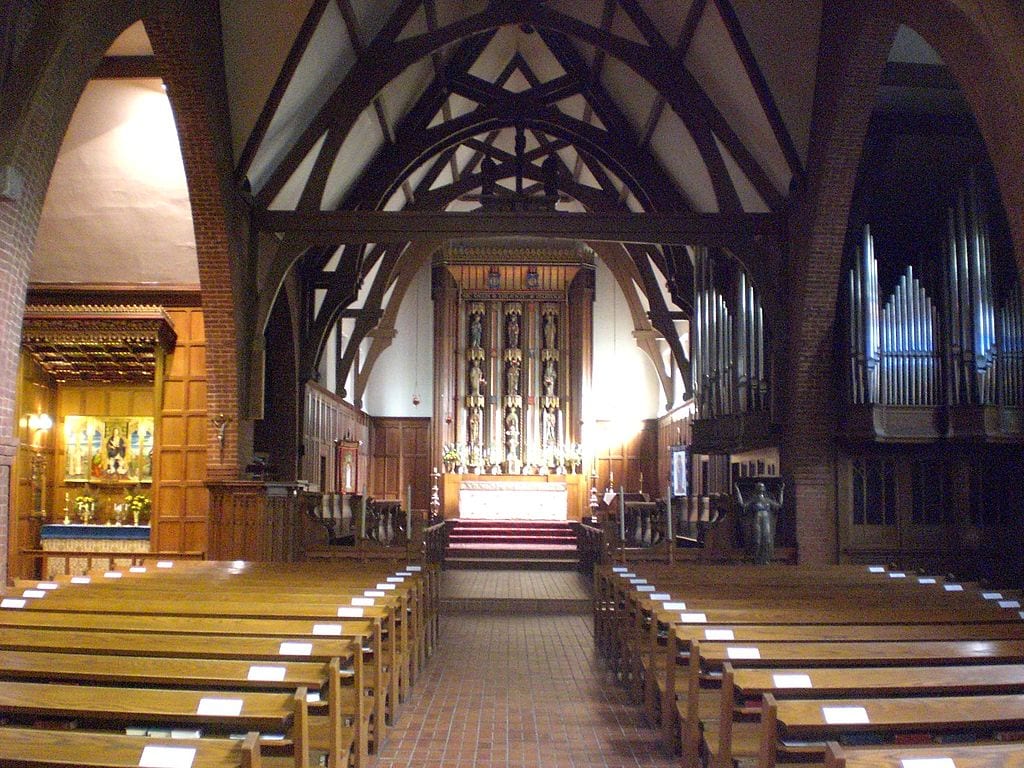 The Anglican Church of Canada clutches its throat at the prospect of — Lord have mercy — shutting down its ministries and works 20 years from now. You know — putting up the “Closed” sign, the public demand for said ministries dwindling more with every passing year. So sharply have Anglican membership rolls declined since 2000 that, according to an internal study, naught but the buildings will remain in 2040.

This, as many will recognize, is an odd assumption to entertain concerning any of the Lord’s enterprises: the same Lord who parted the Red Sea (I’ll come back to this) and seems easily capable of repopulating empty churches, then moving powerfully forward. Canadian Anglicanism’s prospects nevertheless put in mind the consequences of life in an age when, seemingly, you don’t have to believe anything.

The ongoing deconstruction of belief — the dismissal of truths you or others see as non-truths — leaves humans free to believe as they like. “Truth”? Who says so, pal? Falsehood? What might that be but someone else’s truth turned around and dressed in new clothes.

Truth happens to be the special currency of religion. A church, a faith, invites acceptance of its premises; presents them as needful and valid. Say you don’t want to believe. In that event, you keep away from the church and its ancient truths, such as that very instrumental truth we hear of every year at this time — the Savior’s birth.

We’re constantly encouraged to get rid of unwanted beliefs. We are well acquainted, for instance, with “fake news,” meaning anything disparaging of Donald Trump. Trump’s trope isn’t unique. The Never Trump media, the impeachment lobby — these take pleasure in dismissing Trumpian rhetoric as shot through with lies and frauds.

Who started the great set-to over credibility in politics is unclear: probably both sides, each reacting to the other. Wrong and right lack their former status as political touchstones. It’s all opinion, point of view, real stuff v. made-up junk. A phone call to Ukraine is either “perfect” or an impeachable offense. How do we know which, the standards for verification having been compromised, the very possibility of verification (from the Latin veritas, meaning “true”) having been bent out of shape?

You can see how in such an environment Christianity’s “truth” claims can be seen as wobbly and participation in Christian rites — in Canada at least — seen as a time-wasting enterprise.

So “prove” to me God opened that Red Sea! Prove it how? With a cell-phone shot? Nah, some Hebrew PR guy could have faked the shot. We can’t, it seems, in experiential terms, prove squat. Try to show me in physical terms you did what you said you did. I trust you or I don’t.

Here we are, adrift on a vast sea of claims and counter-claims. Canadian Anglicanism’s plight stems — if I may tender a claim of my own — from the shriveling of the human capacity for belief in the unseen. What happened to authority, as credibly worked out in teaching and practice over long ages? It savors of “authoritarianism,” doesn’t it? Actually, no. Authoritarianism is someone making you do certain things. Authority is ancestral: made the more credible by the witness of the credible. You can call the Virgin Birth of Jesus, the origin point of the present season, fake news if you like, but that’s just your unvarnished opinion: against the grave and loving testimony of minds and mouths designated over the centuries as wise and fruitful.

Nobody in the 21st century can compel belief in the perfection of Donald Trump’s phone calls or in the right of the New York Times to consign the caller to the Ninth Ring of political hell. Yet where does this leave us? Swaying back and forth, forever and ever, between competing viewpoints? Uncertain what to believe and what not to? Disabled from the planting of things beautiful to us but, for ought anyone knows, worthless to life at large?

The past half-century or so of American history, with its takedown of authority and truth, makes inevitable the moral frenzy that is our daily bread. And will impeachment, say, help to make Truth accessible, credible as in the olden time? Pardon me as I roll on the ground, laughing hysterically.