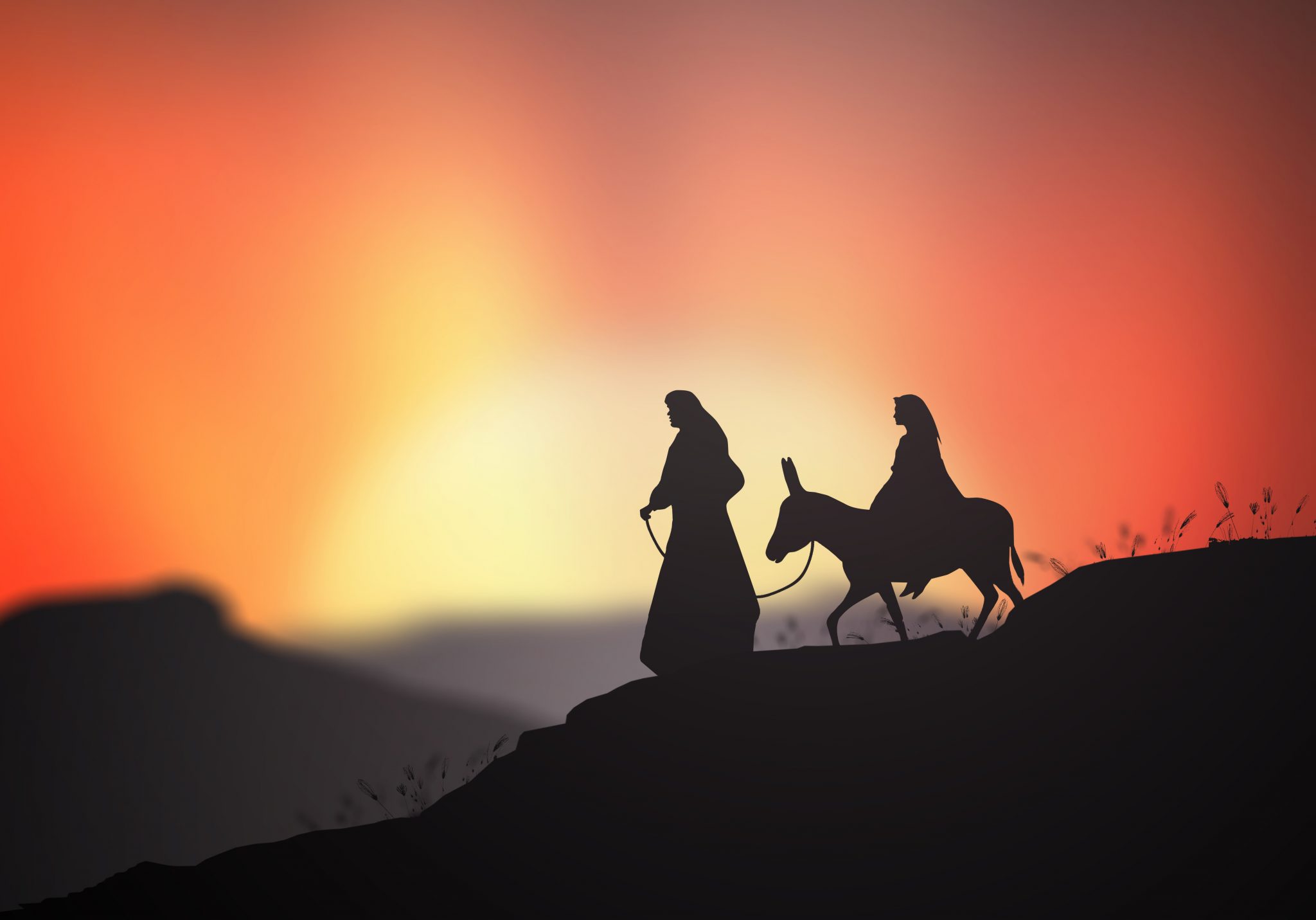 I wonder whether “command” of Christmas, and its world, is not akin to that experience. Now then, hear it once more: And it came to pass in those day s… And she brought forth her firstborn son, and wrapped him in swaddling clothes, and laid him in a manger … And suddenly there was with the angel a multitude of the heavenly host …

And at that it takes longer — years, centuries, ages, for the matter to sink in. For unto us a child is born. Chaucer was never like this.

Repetition might open our eyes to the faith of long-dead pilgrims on their way to a cathedral and shrine. But the birth — in poverty, in humility, amid the amassed power of the spear and the breastplate … the birth, the appearance of God’s Very Own, on terms familiar enough, given our grasp of biology, yet terms that stupefy the more we ponder them in all their complex simplicity!

Yes. That is what we are up against at Christmas, and it is no wonder we are called on to notice it, year after year after long and repetitious year. We have a hard enough time as it is, getting our arms around such an event as the Gospels reveal in detail rich or sparse. The remembered experience of Christianity — carols, anthems, prayers, not to mention merriments of different sorts — puts it all on the table annually, with no guarantees as to what we take away from the table. It is there for us to see, and to sort through. Because nothing in the world as Christians understand it matters more: not the stock market, not Netflix, not even articles of impeachment.

Do we find comparisons of this sort uncomfortable — meaning maybe, you know, out-of-date; so yesteryear? Growing numbers, according to people who study this sort of thing, point to the religious disaffection of, especially, the millennial generation. I alluded last week to the rise of the now-famous “Nones,” to whom religion of any kind is … forgive them while they yawn profoundly.

Millennials, according to the American Enterprise Institute, dislike among other things the connections they discern between religion and moral teaching, the latter being (in their estimation) nobody’s business but their own.

How many of the non-religious or ex-religious see Christmas as anything other than a party and pig-out season is a matter easy to guess at. Don’t bother asking them what came upon a midnight clear save when the party guitarist falls to work.

The seasonal repetitions, against this discouraging backdrop, take on renewed urgency: albeit “Joy to the World Whether You Like It or Not” cannot be described as evangelical in tone or content. What the repetitions bring chiefly, perhaps, is deepened understanding: the understanding, the grasp, the knowledge of reality. And of, shall we say, continuingness in the face of thrones, dominions, and Twitter.

Take, for instance, the contradictions inherent in human power structures: Caesar Augustus accountably (as it may have seemed to him) whisked from power and sight; a later lieutenant of the empire, one Pontius Pilate, remembered solely for a supreme injustice; worldly authority everywhere and always in dispute, the impeachment of one untidy magistrate being merely the newest chapter in the saga of human untidiness.

The repetitions of Christmas assume an authority non-dependent on the chatter of commentators or the solemnity of roll calls. There is in these repetitions a seriousness and straightforwardness no party noise can disguise. Parties start, parties end. The givers, the guests disperse. The journey of Mary and Joseph to Bethlehem resumes. The angels take up their song sheets. Some angel or other strikes a tuning fork. The shepherds nuzzle their woolly charges.

There is in it nothing new, nothing unexpected, and that is part of the great seasonal wonder: enacted again and again, over and over. Always the same. To which, you might say, there must be something, else humanity would hardly bother — hopefully, prayerfully.

William Murchison wishes all his readers a Merry Christmas.