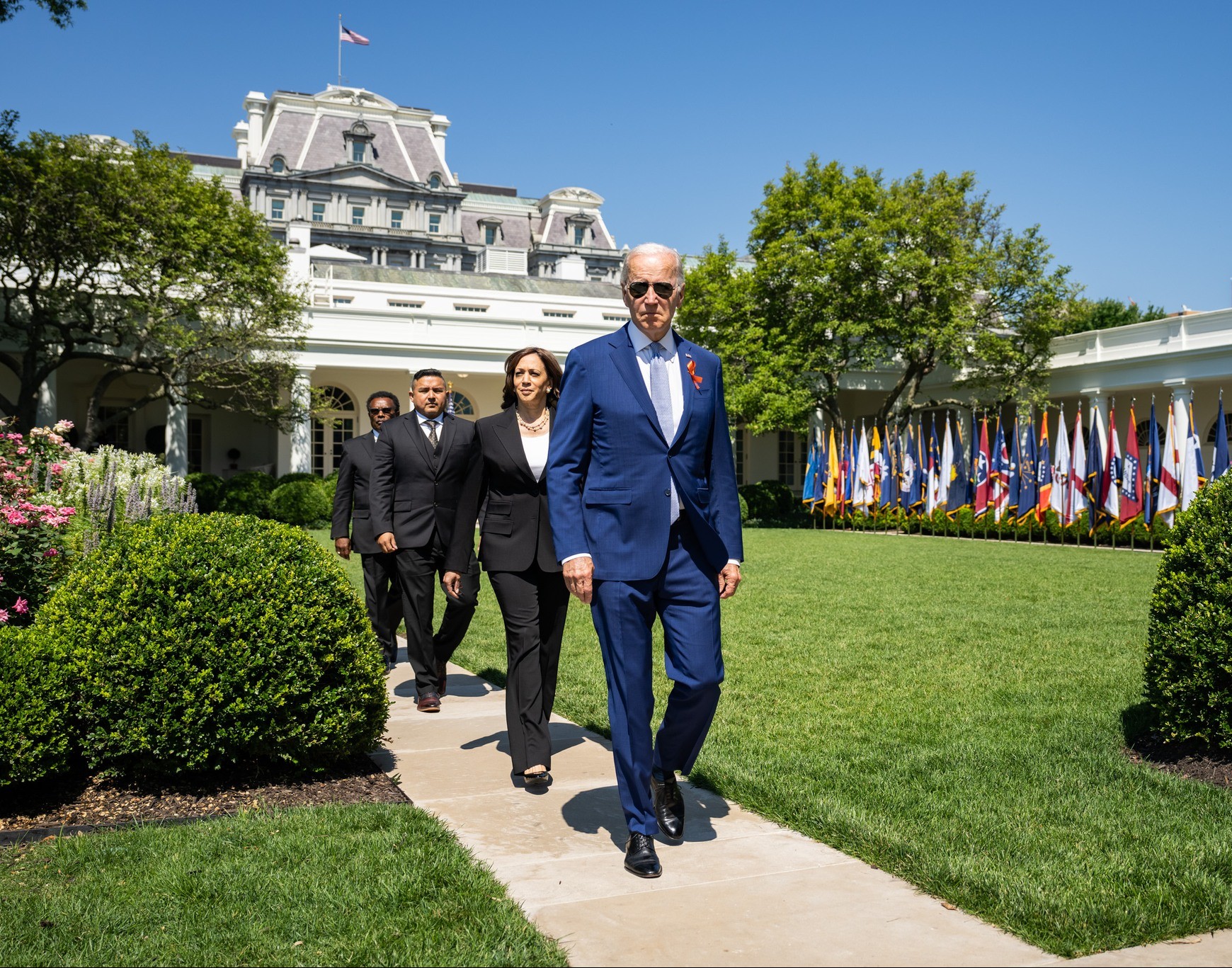 President Joe Biden has been out of commission this summer for an extraordinarily long time. Over the past 70 days, he has been either on vacation or in COVID isolation for 30 days — totaling 16 days of vacation and 14 days of COVID isolation.

And now he’s extending that absence. On Wednesday, Biden traveled to Kiawah Island, South Carolina, an island of the uber-rich where much of the land is dedicated to a golf resort. He was accompanied by first lady Jill Biden, his son Hunter Biden, daughter-in-law Melissa Cohen (Hunter’s wife), and Hunter and Melissa’s son, Beau Biden.

Biden is expected to be on the island for at least seven days. After that, he is expected to head back to Delaware to spend time at his homes in Rehoboth Beach and Wilmington, Delaware.

Biden will likely delay signing the Inflation Reduction Act so that he can remain in South Carolina. That decision could either drag out the amount of time the administration can spend trumpeting the bill or could cause Americans’ attention spans to run out by the time Biden signs it.

The president’s absence comes at a time when media prognosticators are proclaiming that Biden has reached a turnaround in his presidency through the passage of the Inflation Reduction Act and the CHIPS and Science Act, the killing of al-Qaida leader Ayman al-Zawahri, and a better-than-expected July jobs report.

This has prompted some to wonder whether the president’s absence is enabling the decisive moment in his presidency. Good things, it seems, only come to Biden once he gets out of the way.

Last week, Washington Post reporter Tyler Pager pressed White House Press Secretary Karine Jean-Pierre on this “coincidence,” noting the administration’s recent achievements largely happened while Biden was in isolation. Pager drew attention to the fact that this is part of a pattern: Biden found his most success during his 2020 presidential campaign during the several months he campaigned almost solely from the basement of his Delaware home.

“Look, the president is going to continue to work for the American people, regardless — it doesn’t matter where he is,” she continued. “I hear what you’re saying, but we’ve had successes over the last 18 months.”

Pager pushed Jean-Pierre further on the pattern of success that occurs when Biden gets out of the way. She responded, “I think we should just be really thrilled and really excited that we’re getting work done for the American people, and I think that’s what matters at the end of the day.”

On Wednesday, the White House dismissed the idea that Biden will be out of commission while vacationing on Kiawah Island.

“The presidency is a nonstop job that chief executives can do from anywhere in the world,” said Andrew Bates, deputy press secretary.

The GOP, meanwhile, took advantage of the island vacation to attack Biden.

“Joe Biden is out of office and out of touch — Biden thinks he is entitled to another undeserved vacation while Americans cannot escape the historic inflation, recession, and high gas prices he created,” said Emma Vaughn, spokeswoman for the Republican National Committee.

But despite the backlash, could Biden’s constant vacations be motivated by more than a desire for some R & R?

The president is a known gaffe machine — almost every appearance he makes turns into a PR disaster, giving opponents another piece of evidence that the president is aging (or even losing it mentally). His advisers clearly try to shield him from this by limiting his interview appearances and engagement with the press. The White House Transition Project determined that during the first 15 months of Donald Trump and Biden’s presidencies, Trump gave 95 interviews while Biden only gave 28. At one point in his presidency, Biden went more than 100 days without giving a single interview.

It doesn’t take much to conclude that the administration’s philosophy on limiting Biden’s interviews applies to limiting his time in the White House. When the president is out of sight, Americans can forget just how old he appears and sounds. After the past few weeks of success at a time when Biden has been most hidden away, the administration likely feels vindicated in that strategy.

On Wednesday, the New York Times magazine tried to explain away Biden’s absence as part of a return to a more conventional White House, writing:

Biden’s 2020 campaign was founded, in large part, on the promise of a return to normalcy, and it is not normal for Americans to be thinking about their president as relentlessly as they did during the Trump years…. Biden has provided a respite.

The magazine admitted, however, that “Biden’s reticence often registers as an absence.”

Indeed, Americans notice how often Biden heads out for a weekend in Delaware or at Camp David. He has now been on vacation for a total of 204 days while in office, spending 140 of those days in Delaware. The president was inaugurated just under 19 months ago.

Biden is on track to spend more time on vacation than any modern American president. And now that the strategy of “out of sight, out of mind” has proven to work so well, his time spent on vacation could increase.

Ellie Gardey
Follow Their Stories:
View More
Ellie Gardey is reporter and assistant editor at The American Spectator. Follow her on Twitter @EllieGardey.
Most Popular
1
Crime Time
New York Attorney General Letitia James Must Resign — and Be Prosecuted for Abuse of Power
by Jeffrey Lord