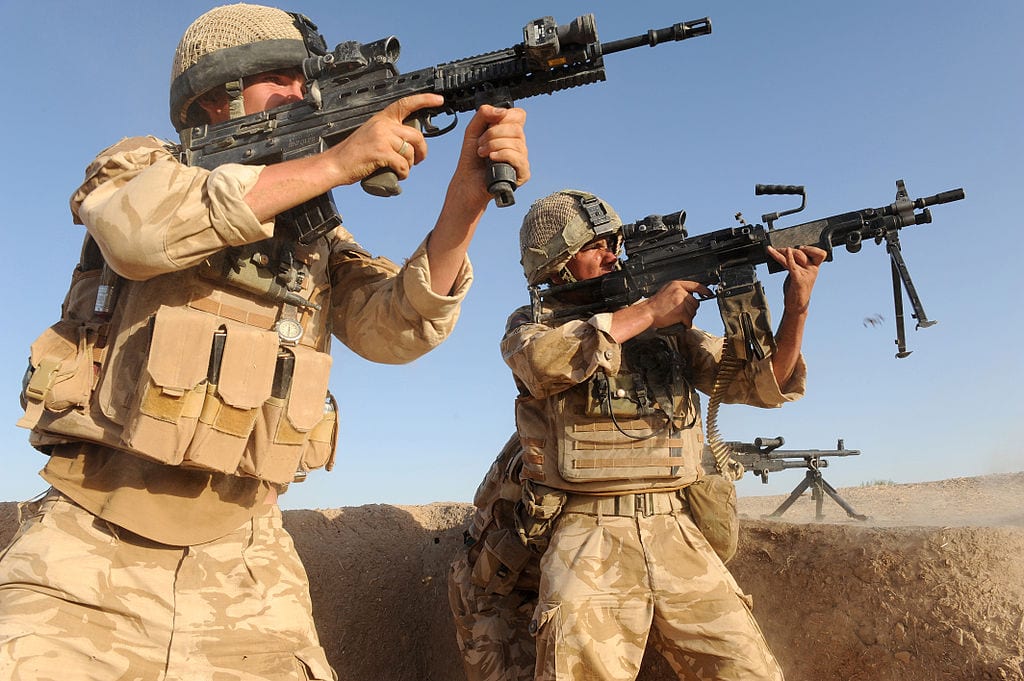 During a Thanksgiving phone call to the troops, President Donald J. Trump — a long-time critic of the War in Afghanistan — put an airman in Afghanistan on the spot when he demanded to know how “things were looking” in Afghanistan to the low-ranking officer. After much fumbling, the airman gave the standard Pentagon line: the Taliban is a tough opponent and has retaken ground the Americans previously liberated from them, but that good old-fashioned can-do spirit of the American military would push the United States to victory.

Of course, the airman’s response is understandable: he is not of a rank — and not in a position — to give his honest assessment (especially when speaking to the president on a public phone call). Also, he doesn’t want to risk his position by going against the Pentagon grain. But, talk to most people who’ve previously served in Afghanistan and you’ll get the truth. Even among those who insist that the United States has strategic reasons for remaining in Afghanistan, most will concede that the conflict has been terribly mismanaged.

Writing in his 2005 book, America’s Secret War: Inside the Hidden Worldwide Struggle Between the United States and Its Enemies, the geostrategist George Friedman claimed that the United States was so militarily powerful that it no longer needed to win in a decisive manner the way that it defeated the Axis Powers in the Second World War. Friedman urged readers to accept that so long as America did not lose the War in Afghanistan, it actually won the conflict. Such thinking is endemic among the Washington punditariat. It’s also a telltale sign that the “experts” don’t have a clue as to what they’re talking about.

The threat that brought the United States to Afghanistan was al Qaeda first and their nominal allies in the Taliban second. According to Steve Coll’s recent history of the War in Afghanistan, Directorate S: The C.I.A. and America’s Secret Wars in Afghanistan and Pakistan, the Taliban were willing to abandon al Qaeda so long as they were given a role in the postwar government of Afghanistan within a few weeks of the American invasion of Afghanistan.

Yet, the George W. Bush administration took a hardline view of the Taliban and conflated them with al Qaeda (much as it conflated Saddam Hussein with al Qaeda beginning in 2003). Because of this, it drove the Taliban across the border to Pakistan and hardened the Taliban’s resistance quotient immeasurably. (When you leave an enemy no avenue of escape, they become fanatics.) In so doing, the American actions led the Taliban to destabilize the tribal areas along Pakistan’s frontier and gave the Taliban the fortitude to effectively wait out the American occupation of Afghanistan.

How does one win a war without winning, pray tell? After all, war is essentially a zero-sum game: one side wins and the other loses. You can win without fighting, but if you fight without winning, you lose! By choosing not to win outright in Afghanistan, the United States embraced a slow defeat.Now, no matter what happens, the Afghan central government that Washington poured hundreds of billions of dollars into will be consumed by the Taliban once the last American G.I. leaves Afghanistan.

Washington needs to end its quixotic campaign to remake Afghanistan in America’s image (a losing prospect from the start). Instead, America should look at Afghanistan the way that Israel views the Gaza Strip. Like Israel in the Gaza Strip, the United States is threatened by implacable jihadists in Afghanistan. But, just like Israel in Gaza, there are no viable alternatives for lasting regime change. To counter this problem in Gaza, Israel prefers to leave Hamas-led Gaza alone until Hamas becomes strong. Once Hamas is too strong, Israel “mows the grass” in Gaza, and gives Hamas time to rehabilitate itself. Once, Hamas grows strong again, Israel attacks yet again. It’s a cheaper and more effective strategy than invading and occupying Gaza.

Trump must have the courage to cut America’s losses now and focus on empowering individual tribes in limited counterterrorism efforts (counterterrorism being the original reason why the United States invaded Afghanistan to begin with). The fight is against al Qaeda and other terrorists. America’s war is not about trying to nation-build in Afghanistan.