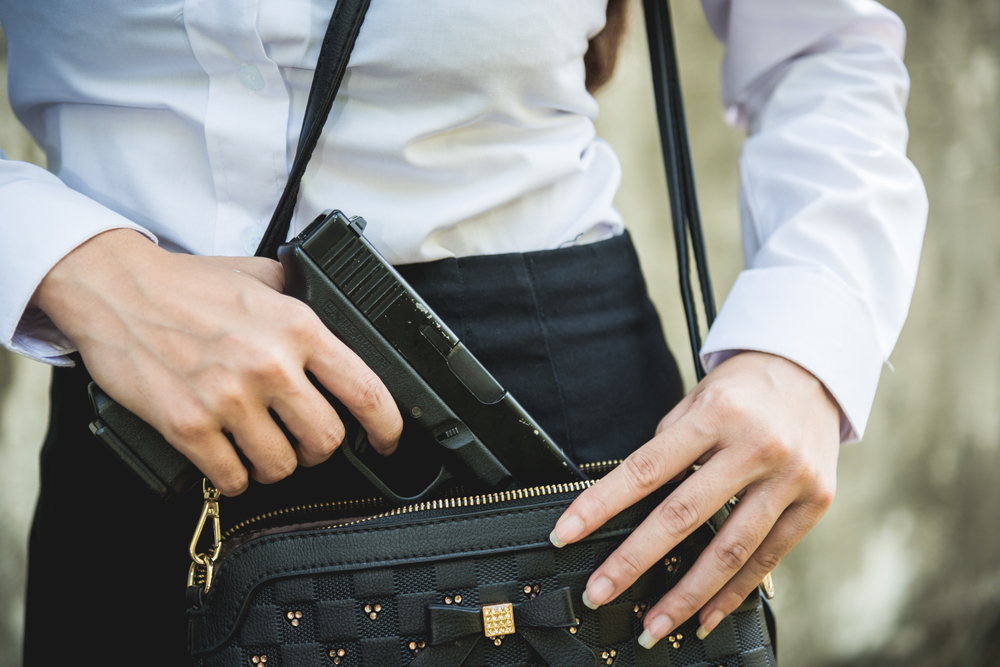 The ACLU has decided to pull the race card in its latest anti-gun narrative, but Second Amendment advocates aren’t buying it.

The ACLU’s new theory about the Second Amendment is that it’s “anti-black.” Carol Anderson, professor of African American Studies at Emory University and author of the book White Rage: The Unspoken Truth of Our Nation’s Divide, recently appeared on the ACLU’s At Liberty podcast and claimed that the Second Amendment’s creation was deeply racial in nature and fundamentally rooted in “anti-blackness.”

This anti-gun sentiment is nothing new for the ACLU. Sentiments like Anderson’s perfectly fit its current narrative on gun control. The ACLU openly supports anti-Second Amendment legislation, claiming that “[t]he solution to gun violence is not more guns, but less.” Examples of these “solutions” include bans on assault weapons and raising the minimum age to purchase a handgun. According to the ACLU, such restrictions supposedly “raise no civil liberties concerns.”

This anti-gun narrative and its subsequent policy prescriptions are full of holes, but Anderson’s assertion about anti-blackness is completely repudiated by legal scholars and historians. Eugene Volokh, professor of law at the University of California, Los Angeles told The American Spectator that the Second Amendment’s roots in English law have “nothing to do with black/white relations.” He also pointed to the history of the Second Amendment, noting that much of the impetus behind it was rooted in northern states. “Black/white relations were far less central in those states than they were in the South,” said Volokh. Anderson’s narrative about the fundamentally racial nature of the Second Amendment never mentioned this legal background.

Legal historian and George Washington University professor Robert Cottrol also pushed back on Anderson’s theory of the Second Amendment’s racist roots. He referenced the amendment’s roots in England as well: “Were the English in 1689 thinking of anti-Blackness?” Cottrol noted that the right to keep and bear arms was never primarily an issue of race, but of freedom — a “counterpoint to a tyrannical government.”

Cottrol also noted the connection between the Second and the Fourteenth Amendment, “a product of the anti-slavery movement.” Its enumerated right to self-preservation is a critical problem for Anderson’s narrative of anti-blackness. Cottrol maintained sharp criticism of the ACLU’s “opportunistic” narrative on gun ownership and Anderson’s historical perspective:“this theory is totally wrong.”

The firearms advocate said that current pushes for gun control are far more anti-black than the right to keep and bear arms: “How coincidentally, after millions of black people buy guns and train, you have one of the most archaic and racist gun control attempts at the federal level.” Toure pointed to “anti-gun zealot” David Chipman, Biden’s nominee for director of the Bureau of Alcohol, Tobacco, and Firearms, as an example of the administration’s commitment to limit gun rights.

Despite this trend from both the ACLU and the Biden administration, Toure isn’t worried about the effects of the latest anti-gun narrative: “We fight those talking points with right knowledge.” Pointing to the success of Black Guns Matter, Toure maintains that pro-gun sentiment in America is growing. “It’s continuing, it’s getting more fervent,” says Toure.

This fervency means that more and more Americans are discarding the anti-gun narratives coming from Carol Anderson and the ACLU, and the numbers show it. A May 2021 Pew Research poll found that the number of Americans in support of stricter gun laws (53 percent) has decreased from 2019 (60 percent). This shift has been bipartisan — according to a November 2020 Gallup poll, American support for stricter gun control has hit 57 percent, its lowest level since 2016. Overall support for measures like handgun bans also sits at 25 percent, a near-record low. Americans are not buying anti-gun narratives, and their numbers are increasing.

Along with growing public sentiment, Second Amendment advocates are seeing wins on the legal front. The ACLU’s stance on handgun ownership was rebutted by the Fourth Circuit Court of Appeals in Hirschfeld v. ATF. The decision struck down a 1968 federal law that bans licensed firearms dealers from selling handguns to adults under age 21. The Fourth Circuit’s 2-1 decision put the court at odds with the Fifth Circuit’s 2012 decision to uphold the handgun sales ban, leading legal experts to anticipate a showdown at the Supreme Court.

As gun rights see growing support, both from the legal side and on the ground from organizations like Black Guns Matter, the narrative side of the argument remains critical. Activists like Toure don’t shy away from standing up to the anti-gun narrative. “We don’t ignore it,” says Toure. “We call them out for their statements being incorrect.”