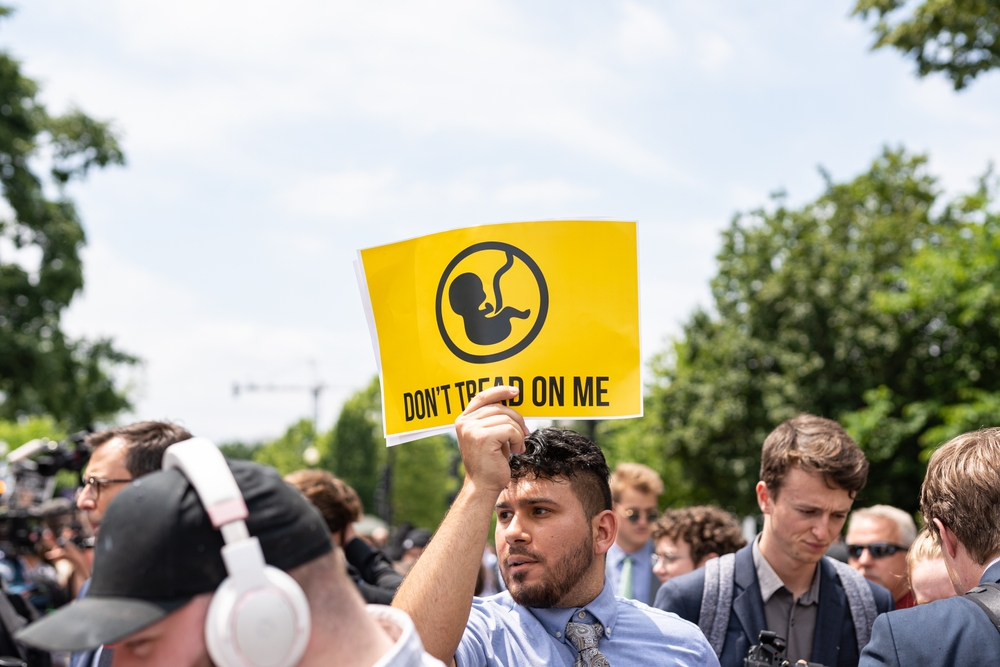 Yet our Supreme Court has failed to heed this truth in regard to abortion. At least, it did so partly. The 14th Amendment’s due process clause grants protections for the right to liberty. Since it handed down Roe v. Wade in 1973, the Court has wrestled mightily with defining that right (or the linked right to privacy) on this issue. Its best-known definition came in 1992’s Planned Parenthood v. Casey, which affirmed Roe’s “essential holding” while significantly reworking its reasoning and standards. The controlling opinion there declared that “[a]t the heart of liberty is the right to define one’s own concept of existence, of meaning, of the universe, and of the mystery of human life.” While deeply critical of this characterization, Justice Antonin Scalia’s dissent in Casey and Justice Samuel Alito’s majority opinion in Dobbs also sought to define liberty, at least as to where and how the Constitution protects it. Essential to Dobbs’ overturning of Roe and Casey was the justices’ opinion, also held by Scalia, that the Constitution does not define the liberty it protects to include abortion.

Missing from this discussion was the other term that any abortion debate must define: life. It, too, is a listed right alongside liberty in the due process clause. It, too, is essentially implicated in the abortion debate. Even the definition of liberty in Casey demands its description, since we must know what life is in order to protect a liberty to “define … the mystery of” it. For what if the unborn also have a right to define this “mystery” for themselves?

Scalia’s Casey dissent seemed to make this point. He noted that the essential argument of abortion opponents was one of definition, a claim that “what the Court calls the fetus and what others call the unborn child is a human life.” Scalia then argued that the Court there and in Roe had engaged in the fallacy of “begging the question … by assuming that what the state is protecting is the mere ‘potentiality of human life.’” The Court, in using such terms, had sought to punt on defining life regarding the unborn. But it could not, for, as Scalia also stated, the entire legitimacy of the Court’s liberty-based claim for women hinged on whether the right to life for the unborn is also at stake in abortion. By affirming a woman’s right to abort, the Court had defined human life, or at least assumed a definition. And that definition excluded the unborn from the class of the living.

But Scalia then punted, too. He wrote, regarding the definition of life, that “[t]here is of course no way to determine that as a legal matter; it is in fact a value judgment.” Scalia seemed to think that the Court’s problem was defining liberty to include abortion. Once the justices did that, they then were required to define the life of the child. He thought that, once you excluded abortion from the sphere of constitutional liberty, you truly could leave the question of life to the electoral and legislative process.

One, then, would think that the Court accomplished this move in Dobbs. It declared that no constitutional right to abortion exists and left the decision on its regulation or protection to the people, especially to the states. Yet a closer read shows that Alito’s Dobbs opinion also begged the question. The majority sought to address whether its decision placed other precedents in jeopardy. The Court in Roe and Casey argued that the abortion right extends from the right to privacy or to liberty as articulated in decisions declaring a right to contraception (Griswold v. Connecticut and Eisenstadt v. Baird). Moreover, monumental decisions declaring rights to private sexual conduct (Lawrence v. Texas) and to marriage between same-sex partners (Obergefell v. Hodges) claimed to extend from the logic of Roe and Casey.

The Court said emphatically that abortion is an act of “destruction.” They could not use such a term regarding abortion if no life were involved.

Alito sought to assuage these fears by arguing how Roe and Casey differed from these other cases. These reasons included differences in reliance on the Court’s decision, since marriages, for example, are meant to continue for life and pregnancies for nine months. One could order one’s life decisions according to a change in precedent for one rather quickly but not the other. Alito also argued, however, that “[w]hat sharply distinguishes” abortion from the other claimed rights was that “[a]bortion destroys what those decisions call ‘potential life’ and what the law at issue in this case regards as the life of an ‘unborn human being.’” None of the other opinions on which Roe and Casey relied or which relied on them involved this “critical moral question posed by abortion.” Later in the opinion, Alito reiterated, “The exercise of the rights at issue in Griswold, Eisenstadt, Lawrence, and Obergefell does not destroy a ‘potential life,’ but an abortion has that effect.”

Again, the Court used language that would seem to punt on defining life, saying “potential life” in describing the unborn. But the rest of the language, as well as the logic, says otherwise. Regarding language, the Court said emphatically that abortion is an act of “destruction.” They could not use such a term regarding abortion if no life were involved. We do not speak of removing a kidney in such phrases. Perhaps we might speak in such terms regarding cancer. But the logic of the Court denies that analogy. For the destruction of the unborn is fraught with moral consequence, according to the Court. Such destruction only holds such import if it involves harm to a living being with moral worth. Thus, while leaving abortion regulation almost entirely to the political process, the Court in Dobbs engaged in assumptions about life, too. They just made an assumption opposite to that of Roe and Casey.

We must consider why even the Dobbs Court engaged in such definition, even if unintended. Perhaps the Court has not escaped making assumptions about when life begins because one cannot address the issue of abortion without so doing, even when acting in a judicial capacity. One simply cannot escape defining the life of the child any more than the liberty claims of the woman.

In the post-Roe world, that truth requires the American people to not engage in the Court’s continued sleight of hand or, as Scalia would call it, question-begging. We must define life in relation to unborn children. We thereby must determine whether the unalienable right to life extends to them and thus whether we protect that right by law. The conclusion to these questions should be clear. Justice and truth, fairness and biology, all require we include the unborn among human beings, as deserving of all attendant rights and legal protections. We should so define. We should so determine. We should so extend. Definitions matter; no more so than the definition of life.