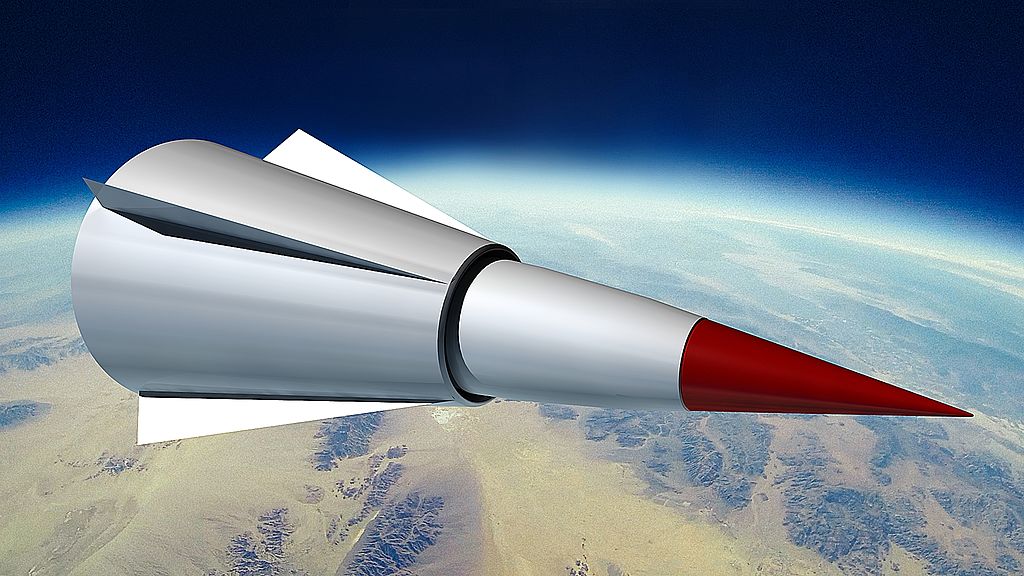 President Biden is still campaigning for his $1.2 trillion “infrastructure” bill and his $3.5 trillion absurdly-labeled “build back better” bill that would transform our nation and its economy into something only a socialist could love. And he continues to insist that the $3.5 trillion legislation has “zero cost” because it will be “paid for” with tax increases.

At this moment in time, there are Chinese and Russian developments we cannot ignore. They can, if we do nothing about them, lead to our inability to deter either China or Russia from their aggression against us and our allies.

First are the Chinese and Russian tests (and Russian deployment) of hypersonic weapons. Second is the China’s enormous lead in quantum computing.

(It seems as if the IC is surprised by virtually every such event, so it’s time to ask what are we getting for the $80+ billion we spend on it each year. But that’s for another day.)

Hypersonic “boost-glide” weapons are launched by missile and then glide through a low earth orbit to their target. We can detect any such launches by virtue of our Space-Based Infrared Satellite constellation. “SBIRS” can detect the launch and warn us of it, but because the “glide” half of the boost-glide weapon can be guided off its ballistic track, we can’t track it.

One reason we may be unable to track them is called “plasma stealth.” If the skin on a hypersonic vehicle is electrically charged, at least in theory a “plasma” — superheated gas — forms around the warhead and blocks radar from tracking it. One expert I spoke to last March said that “plasma stealth” may be more theoretical than real. But, then again, it might be a reality.

There are other major problems. Russia claims its hypersonic weapons can travel at Mach 20, about 15,000 miles per hour, the speed of an ICBM. China’s are no slower. That means the time to determine where it will hit, analyze the threat, and decide on a response can be as short as fifteen minutes.

With or without “plasma stealth” we have no defense against Russian or Chinese hypersonic weapons. Moreover, our own competing hypersonic weapon systems are still being developed and are probably decades away from deployment.

There is a huge gap between what Russia and China are doing and what we’re trying to do.

So what, in practical terms, are we doing? In a recent interview by the Washington Times, Gen. David Thompson — deputy commander of our new Space Force — had a lot to say, but his words lacked substance. Thompson said, among other things, that China looks at what we do in space to replicate it. That seems contrary to China’s rapid development of hypersonic weapons.

Thompson said, “It’s very critical that we accelerate, not just to keep pace, but to stay ahead of the threat of the capabilities the Chinese are provided.… We’ve put some processes and organizations in place to do that, and they’re demonstrating early on the ability to do so.” Thompson is right that we have to accelerate our development and the defense acquisition processes, but all he’s promising to do will take years — maybe decades — to accomplish.

We can’t wait for decades to create a defense to hypersonic nuclear-capable weapons and to produce our own. We need a crash effort, modeled after the World War Two “Manhattan Project” that resulted in the fast development and deployment of our first nuclear weapons. That effort will certainly cost billions, perhaps trillions of dollars. But unlike Biden’s “build back better” nonsense, that effort would actually help secure America’s defenses with productive work.

It can be done, but it clearly won’t be with Biden in the White House. As bad, or worse, is the Chinese lead in quantum computing.

Quantum computing is a fascinating science. It goes far beyond the capabilities of the fastest computers that process the ones and zeros of binary language. If it is made to work — and it will be soon — it will be a huge step toward real artificial intelligence.

Our fastest computers’ speed is now measured in “terraflops,” the ability to do one million-million (ten to the twelfth power) computations per second. That is unimaginably fast. But quantum computing goes exponentially faster. It isn’t limited by the current computer logic that digests one bit at a time. It enables a machine to interpolate and combine the ones and zeros — “bits” — to perform computation with “qubits” which are based on the probability of the state of the data being fed to it.

My very imperfect understanding of quantum computing tells me that, for example, we read individual words that form sentences. Quantum computing — if the human mind were capable of it — would read whole paragraphs or pages instantly because the mind could jumble enormous amounts of words, accurately predict what follows them, and process them all in far less time than it takes to think about it.

Because it operates so quickly, quantum computing is much more secure than any current computer-based communication. China first used quantum computing — using entangled photons — to make the first secure video call to one of its satellites in 2017. (Photons are minuscule “particles” or waves that carry electromagnetic energy but have no mass.) At that point it was clear China leads us, and probably the world, in quantum computing.

China’s quantum computing has as many uses as do current technology computers. They would process data in every facet of human life. Here, too, we’re playing catch-up but aren’t pushing nearly as hard as we should.

Last Monday, White House Press Secretary Jen Psaki refused to comment on China’s hypersonic missile tests, but she said the United States welcomes “stiff competition,” while proclaiming that the Biden administration does “not want that competition to veer into conflict.” As if wishing made it so.

China and Russia regard space as a warfighting domain. Our three-year old Space Force is supposed to meet that challenge, but how can it when the Biden team won’t give it the means to do so, and when the Space Force commanders aren’t apparently focused on their mission?

It’s not that we are doing nothing. The Air Force is developing hypersonic weapons and many commercial companies, including IBM and Google, are making major advances in quantum computing. But more, much more, must be done.

During the latter part of the 1950s, the United States was spurred into meeting the Soviet Union’s challenge in space by the 1959 launch of the Sputnik satellite and by the 1961 launch of the first man in space. We raced to do it, spending billions of dollars in the process. Closing the “missile gap” and winning the “space race” were enough to give us parity with, or in some cases superiority to, our adversaries’ capabilities.

In today’s politics, there is no one talking about the “hypersonic missile gap” or “quantum computing gap.” Both are critical to national defense. It’s time to kill the idea of spending trillions of dollars for more social welfare plans and talk about how we catch up to the threats we face that can — and soon will — render our strategy of deterrence a nullity.

Image: This file is made available under the Creative Commons CC0 1.0 Universal Public Domain Dedication