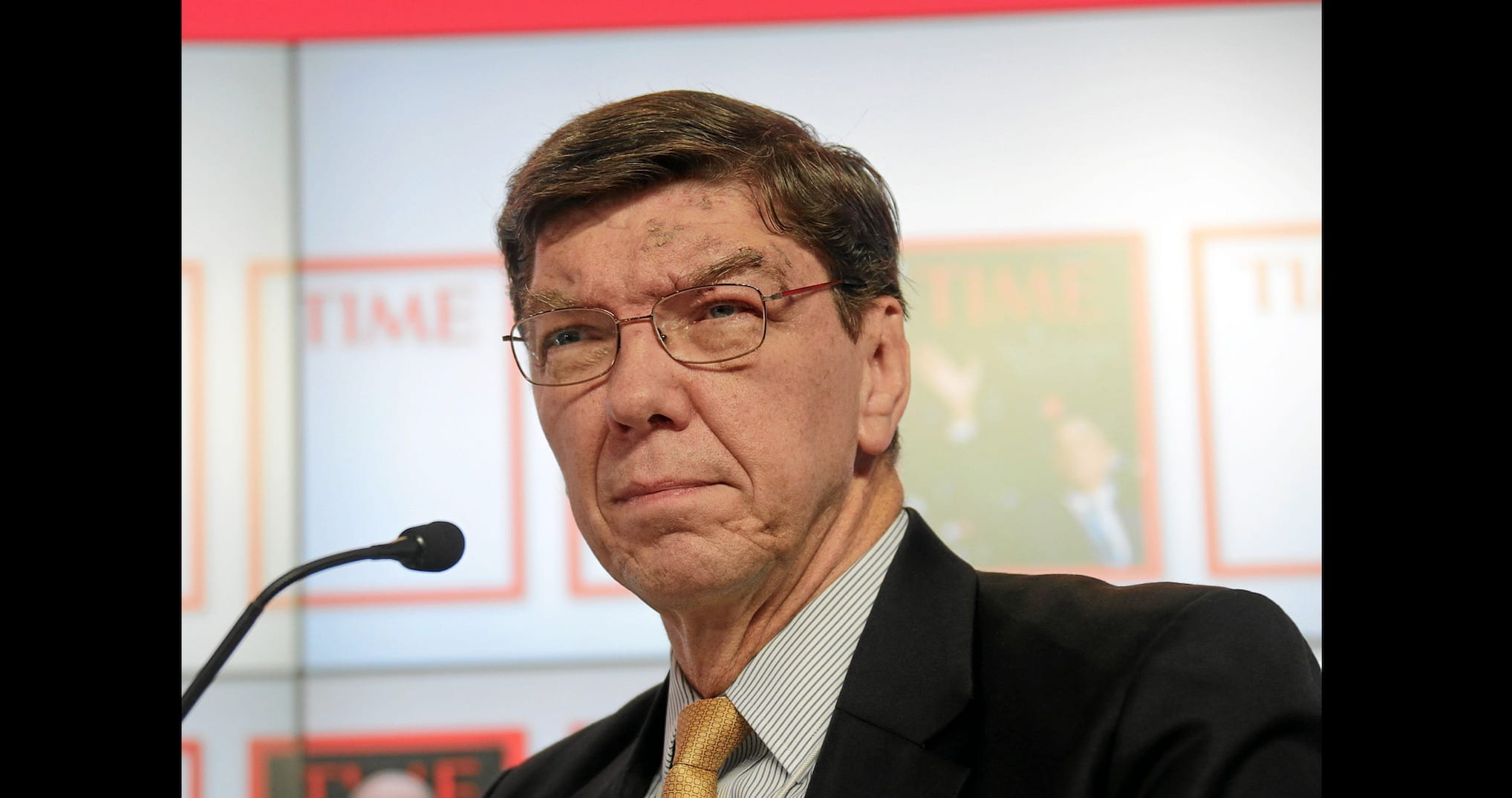 It is with great sadness we learned of the passing of Clayton Christensen, Harvard Business School professor and the primary theorist and teacher of Disruptive Theory. He faced many health challenges in his lifetime, but he endured and persevered.

Clayton Christensen at age 40 with five children was inspired to become a teacher. He returned to the university to earn a Ph.D. and became one of the best teachers in history. His extraordinary kindness, patience, and thinking skills are his legacy.

Economist Joseph Schumpeter described capitalism as “Creative Destruction,” but Christensen explained how and why this process works. He has motivated many entrepreneurs to take on the giants of their industries and win the market.

He also influenced captains of industry about Disruptive Theory, and he explained it to perfection. His theory describes how bottoms-up growth of companies such as Nucor, Charles Schwab, Apple, Google, and CaptiveAire disrupts. These companies are ignored or laughed at, but starting at the bottom they over time scale up to become the leaders in their industries.

Clayton traveled to Intel to meet with Andy Grove when Intel had concerns about a low-cost competitor. Clayton informed Grove (the great thinker) how disruption impacts leading companies. Grove understood the message and took action, and Intel remained the leading company in the semiconductor industry. Christensen had great respect for Grove. On his death he wrote, “I am easily a foot taller than Andy Grove. But whenever I was with him, I felt that he was the giant.”

A classic disrupter is Nucor Steel, with Ken Iverson as the innovator. Nucor began making steel in the 1960s and introduced mini-mill steel plants to America, changing the steel industry forever. Initially, the steel was of lower quality, but over time quality improved. Bethlehem and U.S. Steel did not worry about Nucor as a competitor until Bethlehem Steel declared bankruptcy in 2001. Today, Nucor is the largest American steel producer, proving Christensen’s Disruptive Theory, which is about making mundane products faster and cheaper than established competitors.

Clayton realized and taught how most industries are vulnerable to disrupters. Initially, these disrupters seem harmless, but gradually they gain market share and eventually dominate the market. Disrupters, according to Christensen, produce mundane quality products at lower cost, enabling market share growth.

Disruption and innovation are the primary ways the world solves the poverty challenge.

Clayton was also a spiritual leader, a kind man with endless patience. His influence and guidance is a primary reason for so many amazing entrepreneurs and growth companies in America. He ranks as one of the most important thinkers of our times.

I never met Clayton, but I read his books and listened to his talks over the years. I feel as if I lost a friend, mentor, and moral leader. His legacy is a life well lived and an example of leadership and kindness for all of us.

Clayton Christensen is a giant among thinkers, teachers, and moralists. We will miss him, and we thank him for his extraordinary contributions to the growth and quality of America.

Bob Luddy is the Founder and CEO of CaptiveAire.