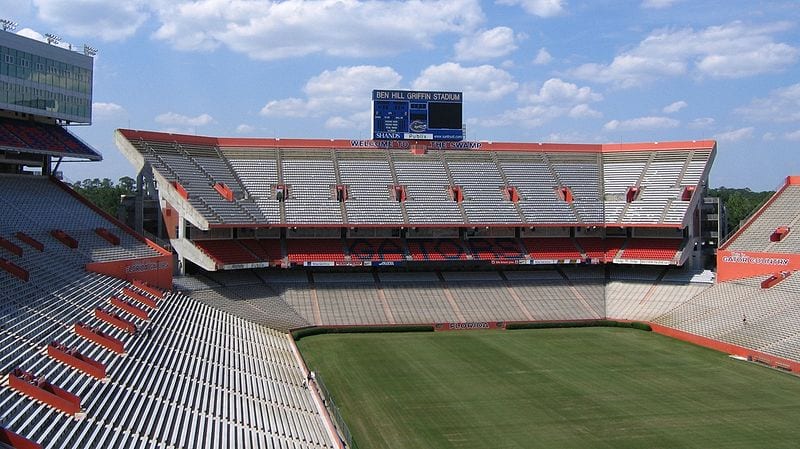 In a Monday morning grump, I took the University of Florida to task for the $65 million baseball yard it plans to build on campus. It certainly is extravagant, with amenities unknown to baseball players, coaches, and fans for most of the history of the Grand Old Game. Do players really need a “private nutrition area”? Is high definition video necessary when the game is right there on the field? Is it truly a better baseball experience if fans can purchase a kale smoothie at the concession stand?

But University of Florida Athletic Association spokesman Dan Apple insists that taxpayers will not be on the hook for the new stadium with its luxuries and modern touches, which seem to include everything but gluten-free pine tar. He says the new yard will be totally financed by private donors and/or through bonds the athletic association, a private entity, would be responsible for.

If true, this is a financing approach that should spread far and wide, in pro and college circles. Cities and counties across the republic have invested billions in public money to build countless ball yards on vague promises of returns on their tax money. So much and so many it has even aged-in-the-barrel sports fans like me crying, in the words of that famous economist and public policy analyst, Roberto Duran, “No mas — No mas.”