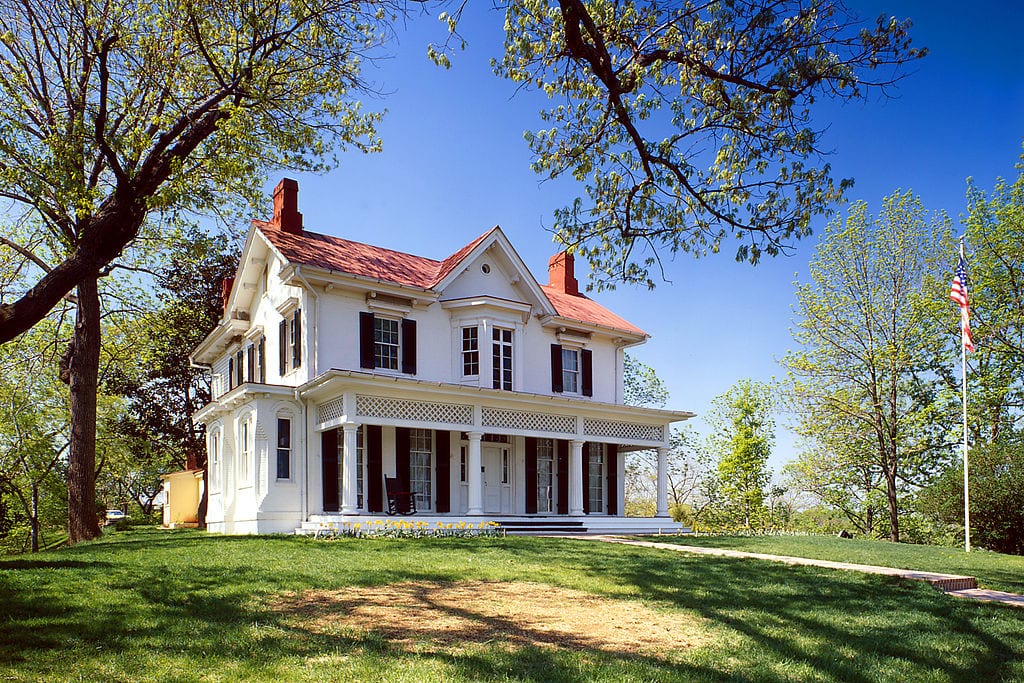 Springtime has arrived, and many thousands of high school seniors, along with their parents, are preparing to confront a momentous decision: where to go to college. For months they have studied marketing brochures and consulted ranking schemes. Some have taken the trouble to visit schools and meet with admissions counselors.

But these budding collegians will discover that it isn’t always easy to differentiate among schools. The colleges that emphasize vocational courses of study — such as nursing or engineering or accountancy, for example — will tout job placement statistics. Liberal arts colleges, on the other hand, will offer bland assurances that their students will learn to think critically — without specifying what it is that their students should learn to think critically about. At today’s liberal arts colleges, subject matter doesn’t seem to matter much at all. The consensus as to what is required to become an educated citizen, and a potential leader, has broken down.

On occasion, however, a college will reveal what it deems truly worthy of attention, either by commemorating an historical event, or by celebrating the life and work of an important individual.

This is a tale of two such colleges, each of which has chosen, this school year, to mark the bicentennial of the birth of an influential figure. One is celebrating the life of Frederick Douglass (1818-1895). The other has decided to honor Karl Marx (1818-1883).

Pittsburgh’s Carnegie Mellon University is named for two titans of American business, the industrialist Andrew Carnegie and the financier Andrew Mellon. CMU is deservedly renowned for its focus on technical training, and the school is enjoying a prosperous moment in its history. It enrolls about 6,000 undergraduates, and a significant percentage of these are international students, whose affluent parents are willing to pay CMU’s full sticker price, which currently amounts to approximately $70,000 per year.

It was Andrew Carnegie’s intention that the school (known until 1968 as Carnegie Tech) should provide a practical education, and this mission has shielded CMU from much of the criticism leveled at higher education in America today. The supposed impracticality of the liberal arts isn’t an issue at a school where students are for the most part training to become engineers and research scientists and corporate managers.

Now, fifty years after the merger of Carnegie Tech and the Mellon Institute, the school continues to attract the patronage of practical men of business. In 2011, the steel executive and philanthropist William S. Dietrich II gave $265 million to CMU. And the grandest building on campus, now nearing completion, will house the David A. Tepper School of Business. Tepper, the billionaire hedge fund manager, is one of CMU’s most generous benefactors.

Situated some 300 miles west of Pittsburgh, in the farming country of south central Michigan, is a much smaller institution with decidedly more humble origins. Hillsdale College, founded in 1844 by abolitionists, identified its mission as offering “all persons, irrespective of nationality, color or sex… a literary and scientific education.” The men who established the college found inspiration the principles set forth in the Declaration of Independence. The preamble to Hillsdale’s Articles of Association cites “the inestimable blessings resulting from the prevalence of civil and religious liberty and intelligent piety in the land.” It goes on to assert “that the diffusion of sound learning is essential to the perpetuity of these blessings.”

Consistent with its mission, Hillsdale College admitted women and blacks prior to the Civil War. When the war came, some 400 Hillsdale students enlisted in the Union army — a higher proportion of its student body than any other college in the North, excepting the U.S. Military Academy at West Point. Sixty Hillsdale students died while fighting for the Union; four received the Congressional Medal of Honor.

Hillsdale has remained faithful to its founding mission, and it has also remained thoroughly and fiercely independent. Unlike virtually all of the nominally private colleges and universities in the United States, Hillsdale refuses both direct and indirect government funding, and students may not avail themselves of taxpayer-subsidized loans to help pay their tuition. Not coincidentally, a year at Hillsdale (tuition, room, and board) runs about $37,000 — considerably less that the inflated sticker prices at other leading, private colleges (and probably a pretty fair approximation of the true cost of a year at a private residential college in America today).

Like CMU, Hillsdale is experiencing a relatively prosperous moment in its history — but for different reasons. The college enrolls 1,450 undergraduates, compared to 1,000 twenty years ago. The school is oversubscribed, and many more young men and women than the school can accommodate wish to enroll there. Hillsdale has attracted a very large and very loyal group of private donors, and the school distinguishes itself by providing its students with something that has largely vanished from the landscape of American higher education: an authentic, traditional liberal arts curriculum.

It will come as no surprise, then, that Hillsdale College has chosen to commemorate the bicentennial of the birth of Frederick Douglass. Born a slave in Talbot County, Maryland, Douglass fled north to freedom in 1838. Eventually, he became a celebrated orator, and a leading figure in the abolition movement. He embraced, as did the founders of Hillsdale College, the revolutionary principles proclaimed in the Declaration of Independence. All men are created equal. All men are endowed, by operation of the Laws of Nature and of Nature’s God, with certain unalienable rights, including liberty.

During the Civil War, Frederick Douglass became friendly with, and an informal advisor to, President Abraham Lincoln. Douglass also became a friend of Hillsdale College. He was twice an honored guest of the college. His first visit took place in January 1863, a few weeks after the final issuance of Lincoln’s Emancipation Proclamation. On that occasion, Douglass delivered an address entitled “Popular Error and Unpopular Truth.”

It is rather more surprising — indeed it is jarring — to learn that Carnegie Mellon University, a school established and sustained to this day by exemplars of American capitalism, would choose to mount a year-long celebration of the 200th anniversary of the birth of Karl Marx. This celebration, denominated “Marx@200,” takes the form of a series of lectures and symposia, sponsored (ironically enough) by the Dietrich College of Humanities and Social Sciences.

The faculty organizers of Marx@200 believe that Karl Marx “has gotten a bad rap.” He was, they claim, a “great man” with an “incredibly optimistic vision.” Marx “is best understood as a liberal” who valued and promoted “individualism.” “What motivates Marx is freedom.”

These remarks reflect a very curious and disturbing appraisal of the father of communism — a political ideology that has never been implemented anywhere except at the point of a bayonet. Murderous Marxist regimes, operating in such places as Stalin’s Soviet Union, Mao’s China, Pol Pot’s Cambodia, and Fidel’s Cuba, are responsible during the twentieth century for snuffing out the lives of 100 million human beings. This is scarcely the fruit of an “optimistic vision.” The organizers of the Marx@200 festivities may hold professorial appointments, but even folks without doctorates know enough to know that collectivism is not the same thing as “individualism” and that repression is not the functional equivalent of “freedom.”

Frederick Douglass, a runaway slave, managed to acquire during his lifetime a much sounder grasp of human nature than did the formally educated Karl Marx. And it would be nice to think that Douglass’ conception of human nature is the one that prevails at our institutions of higher learning. After all, is it not the aim of the liberal arts to provide the young with insights into the human condition, and an understanding of what it means to be a human being?

Tragically, the traditional liberal arts curriculum has been dismantled and largely repudiated by those now in charge of American higher education — to the point where what currently masquerades as the liberal arts is widely and roundly ridiculed as worthless by those not in charge of our colleges and universities.

The professors at CMU who put together the Marx@200 celebration are by no means atypical. Marxism, or cultural Marxism, or neo-Marxism, informs much of what is taught in English and history and economics departments throughout American higher education. The classical liberal arts curriculum that is taught at Hillsdale College (and which was taught nearly everywhere until the 1960s) has become very rare, and all the more precious for that reason.

CMU will likely survive any embarrassment that its ill-considered Marxathon may engender. At CMU, a school that emphasizes practical education, the humanities and social sciences occupy a rather lonely outpost within overall structure of the university. Still, one is tempted to wonder whether CMU’s trustees and administrative officers are supportive, or even aware, of the Marx@200 activities now underway in the Dietrich College of Humanities and Social Sciences.

May 1st is a big day on the communist calendar. It is also a big day in the lives of high school seniors, because it is the deadline by which they must declare which colleges they will attend. During the coming weeks, students will make final visits to the schools where they’ve gained admission, in an attempt to narrow down their choices. Those that visit the Hillsdale campus will encounter a newly erected bronze statue of Frederick Douglass, along with statues of the other statesmen that populate Hillsdale’s Freedom Walk: Washington, Jefferson, Lincoln, Churchill, Thatcher, and Reagan. They will also find, at the front entrance of campus, a bronze statue of a Union soldier, installed in 1895 to honor the sixty students who never returned.

Students who visit the Carnegie Mellon campus will not, as of this writing, encounter a statue of Karl Marx. Then, again, neither will they encounter statues of Andrew Carnegie and Andrew Mellon.

Michael Cook is a businessman and attorney (non-practicing). He lives in Pittsburgh, a short walk from the Carnegie Mellon campus.