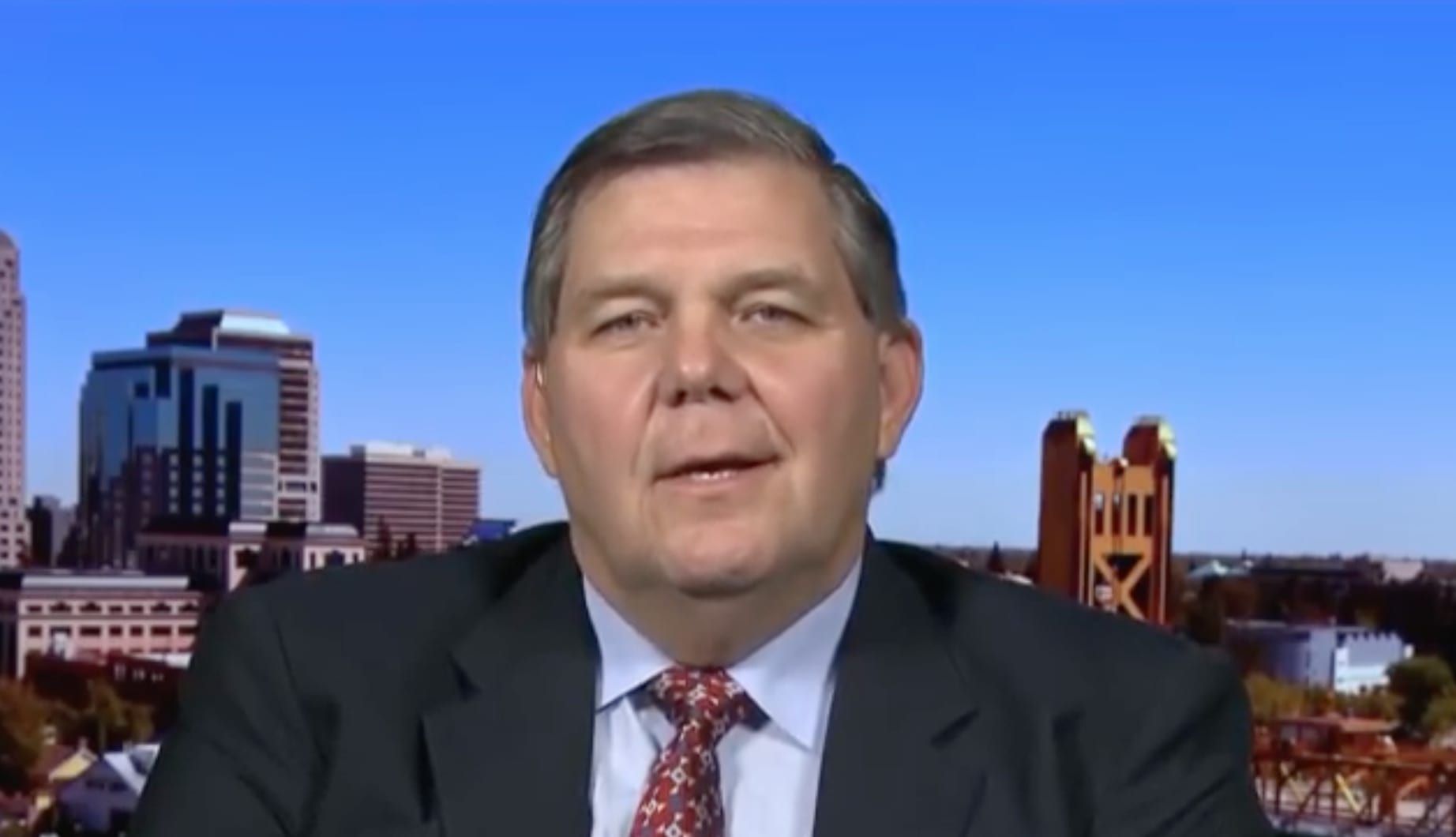 As California Republicans head to their convention in Sacramento this weekend, they are buzzing about the big election to choose a new party leader, as former state Sen. Jim Brulte heads into the sunset after six years as GOP chairman. The low-key and generally non-ideological Brulte did yeoman’s work organizationally, but the party is on the brink of irrelevance. It has virtually no influence in a state government run almost entirely by progressive Democrats.

As far as the candidates, there’s Jessica Patterson, a Southern California Latina who has most elected officials’ support because of her work as CEO of a well-respected candidate-recruitment program known as Trailblazers. There’s Travis Allen, a firebrand former Huntington Beach Assemblyman who received an underwhelming 9.5 percent in the gubernatorial primary. His main pitch had been fealty to Donald Trump, who nevertheless endorsed his opponent, John Cox, in that race. And there’s longtime conservative activist Stephen Frank.

If Allen or Frank win, the donors will surely pull back support. The moderates might walk, too, and the GOP here will become the equivalent of a defiantly liberal Democratic Party in some place such as Mississippi or Wyoming. Donald Trump won the lowest vote count of any major party presidential candidate in California since 1924, as Hillary Clinton trounced him by 30-percentage points in 2016. Whatever one thinks of Trump, focusing purely on the base is not a winning strategy in California. But it probably doesn’t matter, one way or another.

As of the latest general election, Democrats held registration totals of 43.8 percent. The second-largest group doesn’t even belong to a party: No Party Preference voters comprised 26.8 percent of the electorate. Republicans came in an increasingly distant third at 24.5 percent. No Republican won any statewide constitutional office. Democratic legislative supermajorities are history. They now have mega-majorities in both chambers: 61 of 80 seats in the Assembly (after the recent defection of a San Diego-area Republican) and 29 of 40 Senate seats. Not a single Republican now represents any part of Orange County, the one-time GOP stronghold, in the U.S. House of Representatives after Democrats swiped several GOP-held seats in November.

The most depressing news is the party is setting itself up for the same, tired debate it’s been having since I’ve moved to California in the 1990s, back when Republicans still had a governor, attorney general, treasurer, insurance commissioner, secretary of state and solid representation in the Assembly. The conservatives, not surprisingly, say the party has to be more defiantly conservative to appeal to voters. The moderates, of course, say the party has to be more inclusive and moderate to win over voters. There’s a new group called New Way California that is designed to “work collaboratively to advance issues that are important to all Californians.”

That New Way represents an old way that failed before. In fact, Gov. Arnold Schwarzenegger, elected in an unusual recall election in 2003, is on the New Way board. He pioneered some of the programs (cap and trade, high-speed rail) that Democratic Gov. Jerry Brown later embraced, along with some reasonable government reform ideas that never got off the ground. It’s easy to see that the GOP hasn’t flourished under the banner of that fairly soft agenda.

However, conservatives are deluding themselves if they think that Trump’s immigration-focused approach in particular will win converts. California was on the cutting edge with that hardline approach with former Gov. Pete Wilson, who championed a 1994 ballot measure to cut off most public services to illegal immigrants. One need not believe that Proposition 187 actually killed the GOP to recognize that it didn’t help it, either. And it’s a much more liberal state now than 25 years ago.

My preferred approach hasn’t worked, either. I’ve argued that the party needs to embrace a thoughtful conservative/libertarian agenda in the Jack Kemp mold. The GOP should focus on the way the California Democratic Party has mismanaged the state, leading to excessive taxation, poor schools, crumbling roads, massive pension liabilities, and a housing crisis caused by land-use restrictions. That approach would focus on opportunity — and the way market solutions and governmental reforms could improve the lives of poor and middle-class Californians.

In the 2018 general election, GOP gubernatorial candidate Cox did just that — and received only 38.1 percent of the vote. The race was never close. Even running as a non-Republican reformist didn’t help. No Party Preference candidate Steve Poizner was soundly defeated for insurance commissioner by Democrat Ricardo Lara and Marshall Tuck was defeated in his run for superintendent of public instruction by the teachers’ union-backed Democrat Tony Thurmond.

What can Republicans do? In a December op-ed in the Hill, Brulte deflected blame from Trump, noting the party’s precipitous fall started well before he was even running for president — even though it is hard to win with a candidate polling so poorly. The party and its candidates, he argued, “have yet to figure out how to consistently attract support from Hispanics and Asians.” In other words, the state’s demographics have changed dramatically, and new voters just aren’t that into the GOP.

Unfortunately, Brulte had six years as party chairman to come up with solutions but didn’t come up with anything noteworthy. It’s unlikely his replacement will do any better. Perhaps the best advice is for Republicans to pay less attention to the election of its titular head this weekend — and more attention to selecting a low-tax state to move to.