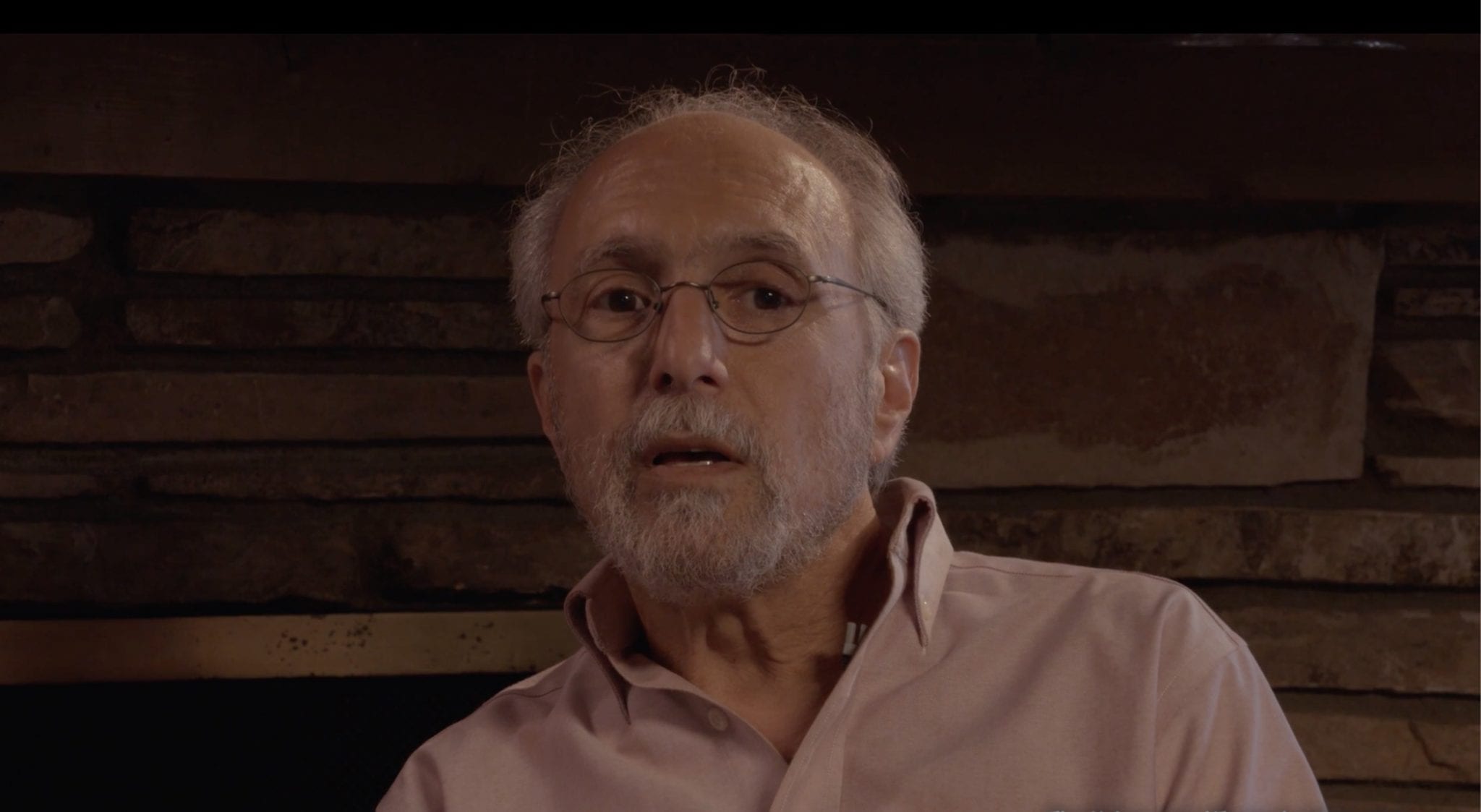 Assisted suicide sure brings out the medical bottom feeders. Jack Kevorkian was the most notorious of these — let’s call them “death doctors” — assisting the suicides of some 130 people during the 1990s. Not only did he help sick, disabled, and (at least 5) healthy despairing people kill themselves, but he did it in a particularly crass fashion, such as having them inhale carbon monoxide from a canister in the back of his old, rusty van.

As a pathologist, Kevorkian did not treat living patients after medical school and was thus hardly qualified to medically counsel the many sad people who sought him out. (One wag, whose name escapes me now, quipped that Kevorkian was the most successful serial killer in history because victims came to him.) Nor was he primarily concerned with alleviating suffering. Rather, as described in his book Prescription Medicide, Kevorkian’s “ultimate aim” was a license to engage in human vivisection, i.e., “the performance of invaluable experiments or other beneficial medical acts under conditions that this first unpleasant step [assisted suicide] can help establish.”

The point of his ghoulish desire was pure quackery:

[K]nowledge about the essence of human death will of necessity require insight into the nature of the unique awareness of consciousness that characterizes cognitive human life. That is possible only throughobitiatric research [Kevorkian’s name for experimenting on people being euthanized] on living human bodies, and most likely centering on the nervous system… on anesthetized subjects [to] pinpoint the exact onset of extinction of an unknown cognitive mechanism that energizes life.

Despite this — and more — Kevorkian became a media darling, supported by 60 Minutes— including the time he aired a video of himself murdering ALS patient Thomas Youk by lethal injection. (I can still see the late Mike Wallace asking repeatedly, “Is he dead yet? Is he dead yet?”) Kevorkian was also a special celebrity guest at Time magazine’s gala 50th anniversary party, where Tom Cruise ran up to shake his hand. At the end of his life, he received $50,000 per speech — not bad for a failed physician who couldn’t land a position at the end of his medical career.

The Australian doctor Philip Nitschke is another suicide-pushing ideologue par excellence. Not only has he held “how to kill yourself” training seminars around the world, but he was paid by the Hemlock Society (now, Compassion and Choices) to concoct a suicide brew made of common household products called the “Peaceful Pill.” In an interview with Kathryn Jean Lopez of National Review, Nitschke said that Peaceful Pills should be made available “in supermarkets” to “anyone who wants it, including the depressed, the elderly bereaved, the troubled teen.”

Until Australia legally prohibited it, Nitschke sold plastic “Exit Bags,” to be put over one’s head while committing suicide. He was involved in several suicides of people who were far from seriously ill. One was cancer patient Nancy Crick, who made breathless news down-under when Nitschke announced at a news conference that he would counsel her on how to commit suicide. He claimed that Crick had terminal cancer. But when her autopsy showed no recurrence of the disease, Nitschke casually admitted he had known she wasn’t terminally ill all along.

Nitschke has also been implicated in the suicides of people who acted upon his advice to purchase an animal euthanasia drug with which to kill themselves. In his most recent death-promoting PR stunt — for which Newsweek praised him as the “Elon Musk of assisted suicide” — Nitschke conjured a futuristic-looking suicide machine that kills with liquid nitrogen and, he brags, can double as a sleek and luxurious casket.

The California physician Lonnie Shavelson is the latest entrant in this infamous death doctor medical society. When California legalized assisted suicide, the formerly part-time emergency room doctor and photo journalist announced he was opening a suicide practice where he would confirm a terminal diagnosis and prescribe poison pills for just $2000.

Think about this: As an ER doc, Shavelson is not a trained specialist in treating cancer, ALS, kidney disease, or any of the many other conditions that can lead to a terminal diagnosis. Indeed, he might be incompetent in creating actual treatment plans for such patients or dealing with the myriad situations — including depression — that can arise in such serious circumstances. But as we saw with Kevorkian, death doctoring isn’t about providing proper care. Rather, its sole purpose is getting people dead.

One would hope that a doctor who deals in suicide pills would at the very least exhibit sterling character. Shavelson also fails that basic test. In A Chosen Death, he wrote about watching the leader of a local assisted suicide advocacy group murder a disabled man named Gene, a lonely alcoholic who was partially disabled by a stroke.

To fully understand Shavelson’s utter cravenness, permit me to describe the scene at some length. As Shavelson describes it, “Sarah” had previously assisted a close friend to commit suicide, telling the author that she found the experience tremendously satisfying and powerful, “the most intimate experience you can share with a person.… More than sex. More than birth… more than anything,” including being present for “the deliveries of my four grandchildren.”

A committed death fundamentalist, Sarah wants again to enjoy the intense rush she experienced facilitating her friend’s death, and so she jumps at the chance to help kill Gene when he contacts her for suicide assistance — which was a felony, by the way. He tells Shavelson, who asks to observe Gene’s death for recounting in his book.

Sarah comes to Gene’s home and prepares a poisonous brew, saying, “O.K., toots, here you go,” as if she were handing him a beer.Gene drinks the liquid and begins to fall asleep, with Sarah holding his head on her lap. She puts a plastic bag over his head. But then, suddenly, faced with the prospect of immediate death, Gene changes his mind. He screams, “I’m cold!” and tries to rip the bag off his face. But Sarah won’t allow it. From Shavelson’s account:

His good band flew up to tear off the plastic bag. Sarah’ s hand caught Gene’s wrist and held it. His body thrust upwards. She pulled his arm away and lay across Gene’s shoulders. Sarah rocked back and forth, pinning him down, her fingers twisting the bag to seal it tight at his neck as she repeated, “the light, Gene, go toward the light.” Gene’s body pushed against Sarah’s. Then be stopped moving.

There is a word that describes what happened to Gene: murder. The right, proper, ethical, and human thing for Shavelson to have done would have been to knock Sarah off the helpless man and then quickly dial 911 for an ambulance and the police. But Shavelson did nothing:

“Stop, Sarah” raced through my mind. For whose sake, I thought — Gene’s, so intent on killing himself? The weight of unanswered questions kept me glued to my corner. Was this a suicide, Gene’s right finally to succeed and die? Or was this a needless death encouraged by Sarah’s desire to act? Had Gene’s decision to have me there, to tell me his story, given me the right to stop what was happening — or, equally powerful, the responsibility not to interfere? Or was I obliged by my very presence as a fellow human being, to jump up and stop the craziness? Was it craziness?

Let me help: It was a cowardly abdication of responsibility by Shavelson and the abandonment of a weak and vulnerable man who fought the best he could to live. Adding to the intensity of the wrong, from what a reader can determine in his book, Shavelson never reported the killing to the police.

These days, Shavelson devotes himself to death doctoring, although I have little doubt that he will one day write a book about his suicide adventures. It is a cold business. From a recent story on assisted suicide in the Atlantic:

The patient takes the first drug, which Shavelson separates out from the rest of the mixture, and then Shavelson sits down at the bedside and reads aloud questions from the state’s required report. After about 30 minutes, he asks: “Are you ready to take the medications?” He mixes the drug cocktail and the patient drinks it.

“Usually, they go silent after taking the medication,” he says. “They’ve said what they’re going to say by that time.” For a few minutes, patients usually continue to sit silently, their eyes open. “And then, very, very slowly, they’ll close their eyes.”

Shavelson asks intermittently, “Are you still there?” At first, patients usually say yes, or nod. Within five or 10 minutes, they stop responding to the question. Then Shavelson will gently touch their eyelids. “When people aren’t deeply unconscious, they’ll sort of have a twitching response,” he explains. Within 10 or 15 minutes, the twitching response disappears, and patients enter a deep coma.

Using a heart monitor, Shavelson tells caregivers as a patient’s pulse slows and oxygen levels drop. “We wait a little while, and then I say, ‘Ah, the patient’s now dead.’”

Death doctors don’t need to be good physicians. They don’t need to be specially trained in treating a patient’s underlying medical condition. They don’t need experience in spotting depression, signs of coercion, or mental illness. They don’t even have to be caring human beings. They just need a license to prescribe lethal drugs and/or be otherwise willing to help suicidal people take their own lives. What a disgrace to a venerable profession.

Award winning author Wesley J. Smith is a senior fellow at the Discovery Institute’s Center on Human Exceptionalism and a consultant to the Patients Rights Council. His latest book is Culture of Death: The Age of “Do Harm” Medicine.