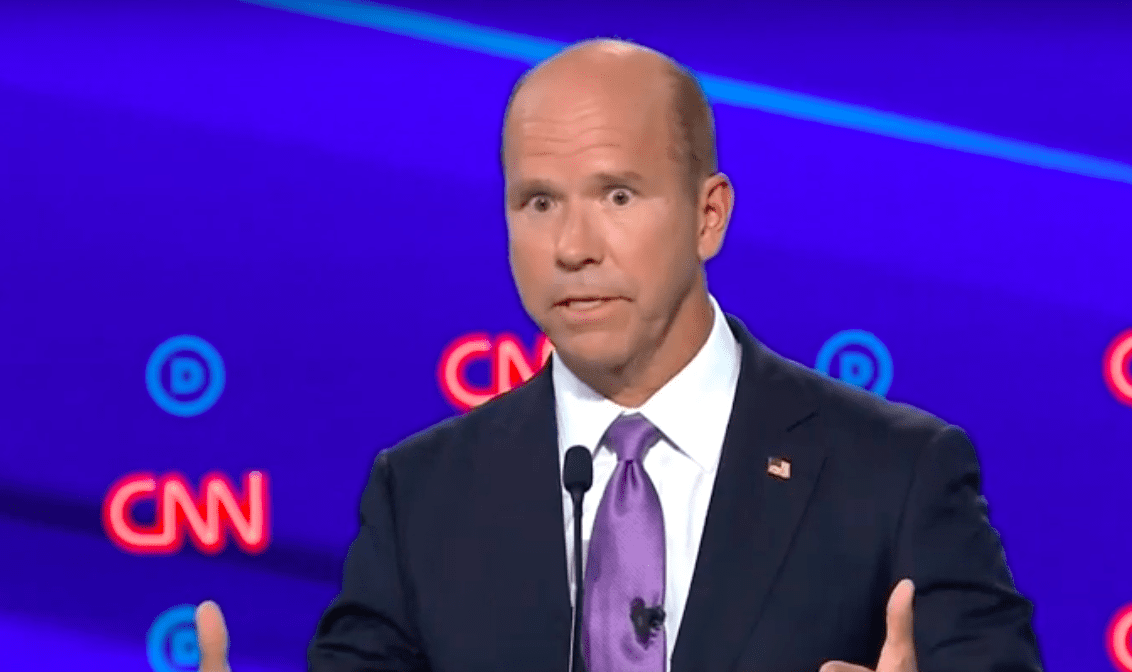 During the first round of Democratic debates Tuesday, moderate candidates pushed back against a rising tide of radicalism. The star of the show was undoubtedly John Delaney, the former Maryland representative who came out swinging against Medicare for All. “We don’t have to go around … telling half the country… that their [private] health insurance is illegal,” he said in response to Bernie Sanders’ defense of his plan.

Delaney hit the nail right on the head. Sanders’ plan would effectively abolish private insurance, which over 67 percent of Americans rely on for coverage. And almost 85 percent rank the quality of their privately insured healthcare as excellent or good. Delaney was also quick to point out that “many hospitals would close” if Medicare for All was implemented. He wasn’t making that up: experts predict that health-care providers would be paid up to 40 percent less under Medicare for All, leading to hospital closures, particularly in rural areas.

Sanders and Elizabeth Warren, who claimed she was “with Bernie on Medicare for all” during the first round of debates, did not deviate from their scripts. Sanders continued to rail against the “health-care industry making tens of billions of dollars in profit,” and Warren dodged a question about a middle-class tax hike to pay for the $40 trillion plan, instead making reference to “giant corporations and billionaires” paying more. Delaney, however, had the last word before the debate moved onto another issue; he accused Warren and Sanders of subverting the healthcare discussion to pursue an “anti-private sector strategy.”

His own health-care plan, BetterCare, is modeled after Singapore’s, which spends less on health care per capita than any other developed country. It allows patients to remain on their private insurance plans if they want to, but provides catastrophic coverage in case of unforeseen incidents. Other coverage would be paid for using insurance, cash, or with government assistance for people under a certain income level.

Delaney’s attacks on the extremism and “fairy-tale economics,” which are fast becoming mainstream in the Democratic party, did not stop there. Delaney dismissed the Green New Deal, arguing that it “ties its progress to other things that are completely unrelated to climate.” He protested Warren’s proposed wealth tax, calling it “arguably unconstitutional.” Though his polling numbers have been consistently low, it is clear that Delaney struck a chord with voters who are tired of the same old socialist spiel. Appearing on Fox News Wednesday morning, Delaney confirmed that his campaign gained a tenfold increase in donors after the debate.