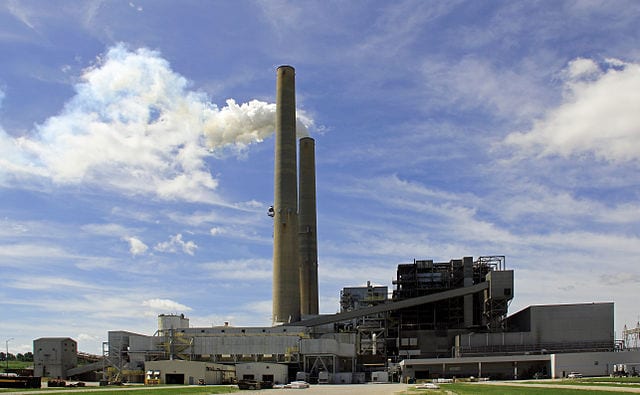 There’s stretching benefit of the doubt to the limit, and then there’s this.

On Nov. 29, 2016, Vectren, an Indiana-based electric company that serves Indiana and parts of western Ohio, filed documents with state regulators regarding its plan to close four coal-fired electrical plants in the state, open one natural gas-fired plant and consolidate its power generation in one location.

The company doesn’t mention in the filing that it seeks this approval so it can convert to a largely gas-powered company and be sold to CenterPoint Energy, a Texas-based power provider that uses natural gas. It does not mention that Vectren’s executives figure to make out quite well from this deal — including a $31.9 million payout to CEO Carl Chapman.

It does not mention that coal-fired plants remain our bulwark against weather-related sudden shortages, especially in the North and East — or that this backup has proven particularly worthy in recent years.

What it does say is that “a slate of federal mandates over the next several years” drove it to “consider alternative fuel sources.” All 15 proposed portfolios it submitted for remaking its power portfolio assumed dramatic cost increases as the Clean Power Plan and the Effluent Limitation Guidelines, which deals with coal plant waste, came to be fully implemented.

The dramatic remake in the company’s power generation portfolio would produce savings of $60 million, the company reported. That’s less than 2 percent savings, well within the margin of error for Vectren’s analysis. So lots of upheaval, abrupt conversion from coal to gas and a dangerous concentration of resources — all for estimates of tiny savings and to achieve compliance with these expensive new regulations.

Only Vectren had made this case three weeks after Donald Trump was elected president and a week before Scott Pruitt, who made his name challenging EPA regulations as attorney general of Oklahoma, would be appointed to run the agency.

Anti-regulatory fervor was in the air, and everyone knew the Clean Power Plan would be among the first to go. Trump had spoken against it on the campaign trail, charging it was part of President Obama’s plan — supported by Hillary Clinton — to drive coal out of business and that coal needed to be revived for national security reasons.

Then, two months into his term, President Trump suspended the Clean Power Plan and ordered EPA to review it with an eye toward rescinding or dramatically revising it. In fact the EPA just released a proposed replacement for the Clean Power Plan, which they have dubbed the Affordable Clean Energy or ACE rule.

Vectren claims it did anticipate the Clean Power Plan might go away but said its plans were driven more by compliance with the effluents rule.

But the rule on effluents is being challenged in court, EPA officials have delayed the rule and said the agency will reconsider substantive portions of it, and regulators in Indiana say Vectren should have allowed for the possibility it could be overturned like so many other EPA regulations have been since Trump took office.

The Indiana Coal Council, one of the parties involved in pushing back on Vectren’s plans, found it would be more cost effective, provided the Clean Power Plan was halted, for Vectren to stay with what it has. Vectren says the costs associated with the effluent rule still justifies the plan, and the changes benefit rate payers.

But Vectren’s track record on benefiting rate payers is somewhat suspect. Its customers already pay the highest rates in Indiana. Its rates, in fact, are among the top 10 percent among the nation’s 1,000 largest utilities.

This is because, a decade ago, when coal prices were at record highs, the company decided to enter into a deal in which it bought all its coal from its own mining subsidiary. But rather than use that advantage to negotiate a better price for its customers, it locked in those higher prices.

The mining subsidiary sold coal to other providers for $44.35 per ton but sold it to its parent company for $68.48 per ton.

That resulted in an additional $136 million paid by the utility to its own subsidiary for coal from 2009 to 2012, with the costs merely passed along to rate payers. A great deal for Vectren that consumers are still paying for to this day.

Vectren “disregarded a standard industry practice by seeking all its coal at the same time,” the Indianapolis Star wrote at the time, citing Robert Burns, a specialist from the Ohio State Center for Energy, Sustainability and the Environment.

“You try not to put all your eggs into one basket,” Burns told the Star. “You want your coal supply to be broken up and staggered.”

So, Vectren wants regulators to trust that this time, finally, it has rate payers’ interests at the forefront of its considerations. It wants a benefit of the doubt it hasn’t earned. Indiana regulators should give it exactly the benefit it has earned and send these plans back to the drawing board.