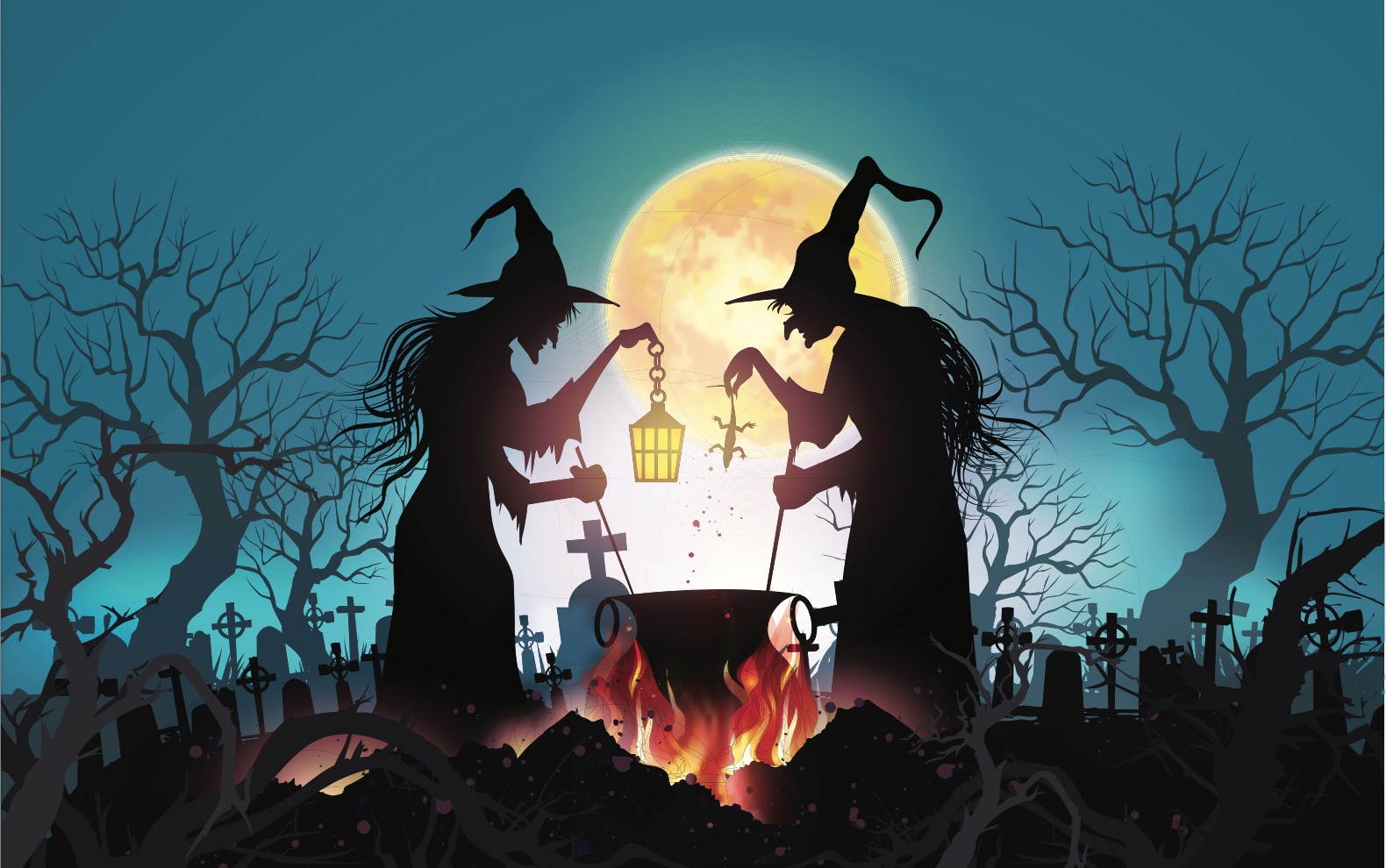 I have a Halloween admission to make. I believe in witches. They don’t fly on broomsticks anymore. Now they have a more effective means to spread their evil and curse the land — political power. What of it they cannot amass for themselves, they achieve the old-fashioned way — through their men. They convert their mentally desiccated, morally lost husbands into formidable Democratic office holders without regard to their dignity, only their electoral potential. No normal wife would put her diminished, enfeebled spouse through such a brutal public gauntlet that showcases his inadequacy. But a witch needs the man’s power to spread the leftist cult. Thus, draining her mate of life energy and value is a small price to pay.

The new witches don’t need to cast a hypnotic spell over the population. Their familiars in mass media do it for them, trumpeting their mindless zombie consorts as extraordinary leaders. One such clueless, corrupt wretch became the most powerful man in the world through the combination of his First Witch and the press. Together they have brought the greatest nation on God’s Earth to the brink of disaster. Intentionally so because God is the witches’ cross.

Recently, in Pennsylvania, the Second Witch came very close to repeating her dark sister’s success by following the same tome. One, hide your impaired mate from the public where nobody could observe his deficiencies. Two, let the minion media laud the total loser as a great liberal hero, fabricating his accomplishments. Three, attack anyone who questions his leadership ability until he takes his wrongful place as a leader.

Three is precisely what Gisele Fetterman did to a reporter of the usually dependable sect, NBC. Fetterman responded to Burns’ mild comment on husband John Fetterman’s difficulty in small talk with out-of-place vehemence. “What a disservice that she did not only to my husband but to anyone facing a disability and working through it, and I don’t know how there were not consequences,” Fetterman said. Her more dutiful media minion, Kara Swisher of Vox, joined the incantation. “Sorry to say but I talked to @JohnFetterman for over an hour without stop or any aides and this is just nonsense,” Swisher tweeted. “Maybe this reporter is just bad at small talk.”

But here was when the Second Witch’s spell began to weaken. Because unlike First Witch Doctor Jill Biden, who conceals her lust for power under a dull, dumb façade (“Yes, we can! Si, se pwayday!”), Second Witch Gisele Fetterman is a leftwing fanatic. She called swimming racist. “Historically, swimming in America is very racist, and usually when you look at drowning statistics, it usually effects children of color because of lack of access.” Her liberal babble sounded crazier than the Lord’s Prayer said backward, a traditionalist test for witchcraft.

Gisele also did not have Jill’s advantage in husband hiding — a plague blighting the world. Hence her spell lifted completely last Tuesday, as did the media-spawned veil supporting it. The whole world saw what a sad spectacle the favorite for Pennsylvania Senator was — an incoherent mess. That he had no business being in a debate, let alone a Senate seat. That the witch of a wife who put him there should instead be caring for him at home, helping him to recover from a brutal stroke.

Even Gisele Fetterman’s media familiars couldn’t save Fetterman. “John Fetterman’s ability to communicate is seriously impaired,” tweeted strident anti-Republican Joe Scarborough. “Pennsylvania voters will be talking about this obvious fact even if many in the media will not.” Hence, John Fetterman will never be a U.S. Senator, nor Gisele Fetterman First Witch of Pennsylvania. Next Halloween she’ll be only a minor witch, howling racism at the night.

But some other Democratic witches did attain power on their own, becoming governors and senators. And this Tuesday, conservative witch hunters will come for them too. These include New York Governor Kathy Hochul, locked in a tightening duel with Lee Zeldin. Unctuous Michigan Governor Gretchen Whitmer, losing ground to Tudor Dixon. New Hampshire Senator Maggie Hassan, hearing the footsteps of Donald Bolduc. Washington Senator Patty Murray, stalked by Tiffany Smiley. And Nevada Senator Catherine Cortez Masto, about to be thrashed by Adam Laxalt.

Some of them may survive election night. But it will be their last Halloween with unassailable power. Because conservative Republicans will soon take both chambers of Congress and most of the state houses. And they’ll start to reverse the evil the witches have wrought — child murder in the womb, child mutilation, child indoctrination, free speech censorship, and racial inequity — and restore righteousness and religion.

As for the witches, next Halloween will be really scary. Not only because the few still standing then will have lost much of their power — but the Great Orange Pumpkin they most fear might be rolling back to the White House.