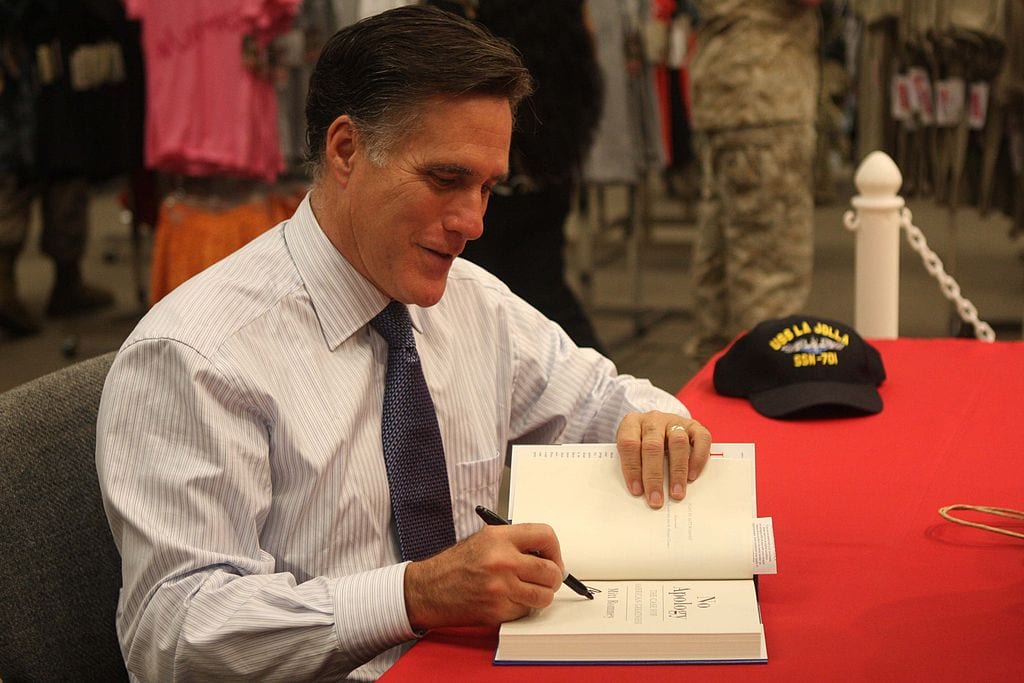 The Yankees had a hitter when I was kid. Robertson? Robinson? He didn’t last long, and I forget his name. But he had the most beautiful swing that I have ever seen. Better than the Babe, and better than the Mick, and certainly better than Yogi, who hardly looked like a major league baseball player at all. He would step to the plate with sleek power oozing from his biceps. And he would take three or four practice swings each time he did. His eyes focused on an imaginary pitch, he would bend his knees and unleash his arms and follow through and send that imaginary pitch high out to center field, back, back, back, going, going, gone, as the old man sitting in the catbird seat used to say. A truly beautiful player to watch, even though he somehow never quite hit the ball.

So how should we think about it? The one the president, but not quite presidential enough in the other’s eyes. The other, oh so presidential, the very portrait of a president, but for some reason not quite actually president. The one thinks that he has ‘the mantle’ of the office and is qualified to say that the other doesn’t. But he seems to forget that he never quite had the office itself. And the kicker is when he writes, “It is well known that Donald Trump was not my choice for the Republican presidential nomination.”

Yes, Mitt. It is well known. All too well known. And what to say? Didn’t anyone tell you? And how exactly to break the news, now so long after the fact? “Yes Mitt. But it also well known that despite your mantle and despite your own assessment of your own presidentiality, you were not quite the American people’s choice to be president either.” (You too, Hillary.)

You could have been their choice. And it was not for lack of trying. But the fact that you wrote that phrase, and that reading over that phrase after you wrote it did not prevent you from publishing it, says volumes about why they didn’t choose you. They could have done it in 2012. There was buyer’s remorse. But you got snookered by Barack over… oh yes, the Russians. And you could have done it in 2016. Once again buyer’s remorse. But you got snookered by Jeb and Hillary, and took yourself out of the game before it began. This, no doubt, was the presidential, at least the elder statesmanly, thing to do. The Republicans that year had binders and binders full of candidates more presidential than Trump. The Democrats, come to think of it, did too. You may have wanted to keep your mantle clean in a street fight you couldn’t win. But my own sense is that you just miscalculated, and then regretted it, when Jeb didn’t jab, and Hillary didn’t win.

And now you’re back, or desperately trying to be back, with that smile upon your face, and a mantle that might just be too big for you. Or is it, perhaps, that you have grown too big for your mantle? Whichever the case, it is essential to remember that you go to democracy with the voters you actually have, and not the voters that you wish you had.

Everyone else remembers it.

But long ago, there was a brief and shining moment when we had a president who actually was the president that we wanted him to be. Who actually did look presidential and wore his mantle and the mantle of his presidential office ever so lightly. You may remember. Or you may not. It turns out that he banged movie stars too. (Everyone does, you know, if given the chance.) But it is a fact that the voters we had back then chose Hollywood and television and makeup and perception and image and sex, drugs, and rock and roll over reality and everything else that might have mattered. Whole books have been written, and movies filmed, and academic degrees awarded. And it turns out that the voters back then just didn’t want any five o’clock shadows darkening their view. I have little doubt that we may ultimately come to say — in hindsight, always in hindsight — that it was just another brief and shining and moment. But the voters we had in 2016 finally distinguished between being presidential and being president. And it is this fact — and not you, Mitt — that gives me hope for the future.

I voted for you in 2012. But a lot of water has passed under the bridge since then and I would not vote for you this time around. Nothing personal. But you should realize that you are bound to lose this fight, and in a none too presidential way, if you pick it — and that you will lose it to a man whom you firmly believe is odious and your inferior in every way, the same way Old Papa Bush believed that Bubba was his inferior in every way. But it’s your choice and you should go for it if you really think it is something you must do.

Just don’t put your dog on the roof this time.