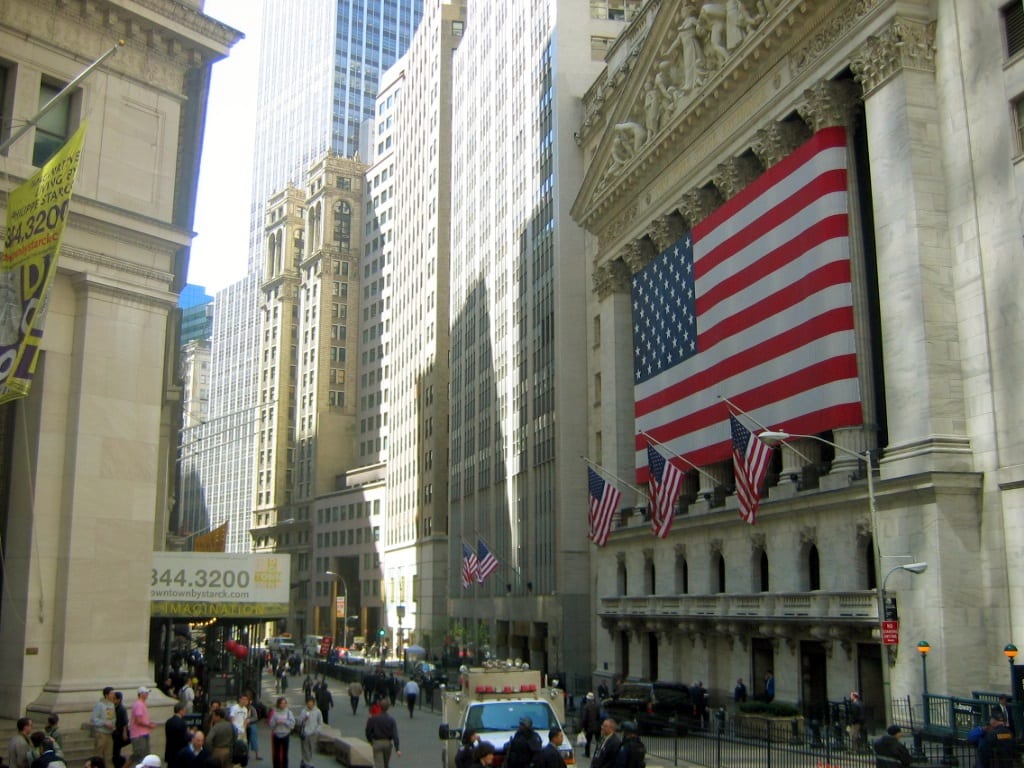 Now for a few words about the stock market.

All of this turned out to be true, but I am here now to offer some hope:

1. Stock market crashes come in two types. One is when the market itself has some flaw, like a nuclear reactor whose cooling system does not work properly, and causes the reactor to melt down. The other is when the market is discounting or forecasting some serious economic turmoil in the larger economy.

2. The Super Crash of 1929-1931 was both of these in one. Its sharp one-day fall was the result of a huge flaw in the market mechanism itself: allowing the buying of stock on very slender margin, that is, with borrowed money secured by the stock itself.

In the Super Crash of fall 1929 to fall 1931, stocks began to fall in what might otherwise have been an orderly correction. But so much stock had been bought with only 10% down that even a small correction required the automatic sale of the stock securing the loan to pay off the lender.

Those sales in turn led to further falls in stock prices, further sales to pay off margin, and then to a disorderly rout as margin was called throughout the system.

It was all compounded by a very serious farm sector depression that had been going on for most of the 1920s because of immense over-production. That, in turn, had led to the large-scale failure of banks in rural America. Their relationship as borrowers from New York and Chicago banks led to the collapse of those banks. The Federal Reserve, in an access of insanity, failed to rescue those banks and the collapse became general across the nation and the world.

It stopped with the federal rescue of large banks and the country grew stupendously with the rearmament associated with World War II.

3. There has never been another nationwide downturn even remotely as bad as the one in the 1930s. But there have been other crashes in the stock market.

The stock market had a long, dismal period from 1966 to roughly 1980 as the nation fell into inflation and bond interest rates rose so much that they became a more attractive investment vehicle than stocks.

That was ended by the smothering of inflation by Paul Volcker, Ronald Reagan, and, yes, Jimmy Carter. After inflation was tamed, the stock market had several glorious years until the crash of 1987.

That was a crash caused by a flaw in the market itself. Some clever devils had created a device called “portfolio insurance.” It was complex but it was basically a replay of the 1929 crash caused by buying on margin. Portfolio insurance caused the stock market to crash because it automatically sold “put” options on stocks as stocks fell. Supposedly, this guaranteed that investors’ losses would be limited. Instead, it led to a cascade of sell orders as futures prices plummeted and made it possible to make money by selling stocks and buying the puts. This in turn made the puts point to further stock market downturns and so stocks were sold to correlate the cash price of the stocks with the futures put prices. (This is a schematic. It was actually somewhat more complex than this but not a lot.)

It is widely believed that this would have led to a China Syndrome in which there was no bottom to the market except that the Fed bought call options and stabilized the downturn. Now, note — the 1987 Crash took place in the midst of a booming economy. It was an epiphenomenon not connected with a larger problem in the economy like inflation or a banking failure. Within less than a year, the market fully recovered. There simply was no reason for a lasting crash once the portfolio insurance was laid to rest.

4. There was another SuperCrash in 2008-2009. This one had both internal market causes and wider national causes. The internal market cause was a system of inter-bank lending that generally went under the rubric of “derivatives” and “swaps.” Many of these arrangements were tethered to actual or forecast rates of default on home mortgage loans.

When those rates rose, the value of the swaps and derivatives fell. One very large bank, Lehman Brothers, failed because of its large exposure to derivatives. It could have been saved but the Treasury and the Fed were too limited in intelligence to do so. From that we got a general financial crisis as banks were afraid to lend. Commercial paper (basically short term loans) was not being rolled over. Businesses faced credit Doomsday and there was danger of a genuine Great Depression.

This was avoided by the government’s TARP program to stabilize the banks, Bank of America’s salvation of the venerable Merrill Lynch, and by a prolonged policy of ultra-low interest rates. We are still living in that latter world.

5. Now, right now, we have another correction of staggering speed and violence. Why? Part of the reason is internal to the market. It just got too darned high. Markets often shift into super optimism after long periods of growth, and this is what we got. The market was an order of magnitude too high compared with historic precedent for low inflation prosperity. In a way, the recent downturn is a return to nothing more or less than sanity.

But there is also the lurking danger of inflation. Wages are starting to rise. Commodities are rising. And we can see lightning flashes of higher interest rates, which would drive down stocks as people bought bonds instead.

Stock markets hate inflation. Just a spark of it is enough to inspire caution and what we are getting now is caution.

6. There are also a few other worries: The deficit is ballooning like a monster. Whatever good the tax cuts may have done might well be undone by higher deficits. And no, there is no serious model of “dynamic scoring” that says larger deficits lead to lower deficits, which is the basic ridiculous premise of the tax cutters. There have certainly been times when there has been great prosperity after tax cuts. But there have been times of great prosperity after tax increases, too. Fear of inflationary deficits will not help anyone.

There is also a Godzilla monster lurking on the ocean floor, too. “Bitcoin.” No one knows for sure what it is or why it has any value at all. It’s bound to go to close to zero, and when it does, it will take a lot of decent people with it. This will not help the national mood. I would feel differently about it if anyone had ever been able to explain to me what it is or why it had any value. No one has. Charlie Munger says it’s a fraud. I don’t think I want to bet against Charlie Munger. Neither should you.

So, my humble thought, which could be totally wrong: there is no general weakness in the economy. There is no 2009 financial system super catastrophe waiting to happen. The market just got way ahead of itself in an uncertain environment about inflation. The rout may continue for a while but it’s not the end of the world as we know it. At least that’s what I have to tell myself to sleep tonight.

Ben Stein
Follow Their Stories:
View More
Ben Stein is a writer, actor, economist, and lawyer living in Beverly Hills and Malibu. He writes “Ben Stein’s Diary” for every issue of The American Spectator.
Most Popular
1
Crime Time
New York Attorney General Letitia James Must Resign — and Be Prosecuted for Abuse of Power
by Jeffrey Lord