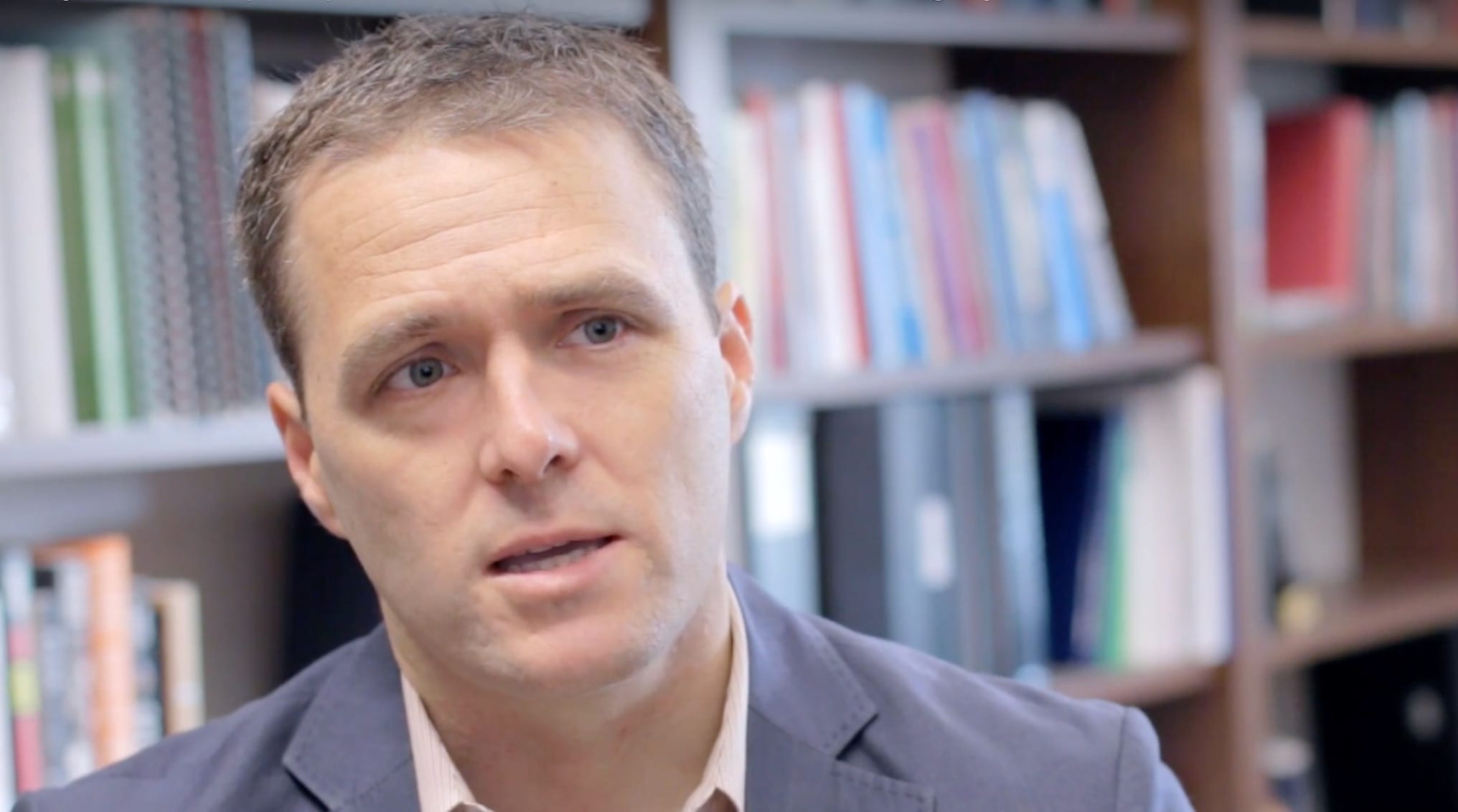 Last week I wrote about a New York Times column titled, “Trump’s Sabotage of Obamacare Is Illegal,” that was essentially an impeachment manual for the Democrats to follow if they win a majority in the House this fall. President Trump is, we are told, in violation of the Constitution for failing to heed the Take Care Clause. I pointed out that the authors, law professors Nicholas Bagley and Abbe Gluck, had failed to denounce Trump’s predecessor as a presidential scofflaw despite his notorious policy of flouting inconvenient federal statutes, including those involving marijuana, immigration, and even the “Affordable Care Act.”

This produced an outraged tweet from Professor Bagley, along with a number of “you tell ’ems” from his Twitter pals. Bagley claims that he did indeed denounce the former President “many times” for Obamacare lawlessness, and sent me links to articles purporting to prove it. These articles turn out to be exercises in special pleading to the effect that our erstwhile President had to violate the law because the GOP forced him to do so. In “Legal Limits and the Implementation of the Affordable Care Act,” for example, he excuses Obama’s illegal cost-sharing reduction (CSR) payments and administrative delays as follows:

Republican recalcitrance threatened to undermine the President’s signal achievement. And in both cases, the President appears to have broken the law… Just how troubling this should be is open to question. In soccer, a striker who’s never offside is not trying hard enough to score. Likewise, in government, a President who never pushes up against legal boundaries — and, in so pushing, occasionally exceeds them — may sacrifice effectiveness and fail to honor the wishes of those who elected him to office.

So, the Republicans somehow made former President Obama violate the law. Moreover, it was perfectly acceptable for him to exceed his constitutional authority because… well… soccer. The absent-minded professor seems to have forgotten that only Congress has the power to authorize this kind of spending. You will not be shocked to learn that, in his New York Times column, Professor Bagley applies a completely different standard to President Trump. The latter gets no “soccer exemption.” In fact, Bagley actually castigates Trump for putting a halt to the illegal CSR payments made by his brazenly lawless predecessor:

To sow chaos in the insurance markets, Mr. Trump toyed for nine months with the idea of eliminating a crucial funding stream for Obamacare known as cost-sharing payments. After he cut off those funds, he boasted that Obamacare was “being dismantled.”

The double standard is also evident in, “The Legality of Delaying Key Elements of the ACA,” another article offered by Bagley as evidence of his willingness to call out former President Obama for his failure to enforce inconvenient provisions of Obamacare. Once again, however, we find the professor relying on special pleading, complete with tired partisan excuses and nefarious GOP villains. This time it’s about the employer mandate, whose implementation date was set by the statute at January 1, 2014. The Obama administration illegally delayed its implementation twice, but Bagley contrives to let his guy off the hook:

To some extent, the President’s willingness to press against legal boundaries is an understandable and even predictable response to the difficulties of implementing a complex statute in a toxic and highly polarized political environment. Congress’s unwillingness to work constructively with the White House to tweak the ACA has increased the pressure on the administration to move assertively to manage the challenges that inevitably arise in rolling out a massive — and critically important — federal program.

This is what might be styled the “Geraldine Jones defense.” Ms. Jones was a character created by the late great Flip Wilson. She avoided responsibility for her actions by claiming, “The Devil made me do it.” Bagley would have us believe that Barack Obama held the most powerful office on the planet for eight years, yet only violated the Constitution when the GOP made him do it. President Trump is, of course, denied the benefit of this defense. He is portrayed in Bagley’s New York Times column as a tyrant even as he reverses illegal Obama-era regulations, as the administration recently did with an HHS rule on short-term health insurance:

In a new rule, it announced that insurers will have more latitude to sell “short-term” health plans that are exempt from the Affordable Care Act’s rules. These plans were designed to provide people insurance for small gaps in coverage, like those created when switching jobs. They had previously been limited to three months. Under Mr. Trump’s new rule, however, such plans can last for 364 days and can be renewed for up to three years.

Bagley misrepresents this rule by implying that it is an illegitimate evasion of “the Affordable Care Act’s strictures.” In reality, it reverses an Obama administration attempt to dispense with part of the Public Health Service Act (PHSA). As Cato’s Michael Cannon writes, “In the PHSA… Congress explicitly exempts short-term limited duration insurance from the costly regulations (including ACA regulations) it imposes on other individual-market coverage.” In other words, the Trump administration’s new rule reverses what amounts to an imperial decree. Yet Bagley never admonished Obama as he did Trump in his NYT piece:

Mr. Trump isn’t a king; he doesn’t have the power to dispense with laws he dislikes. He swore to preserve, protect and defend the Constitution of the United States. That includes the requirement, set forth in Article II, that the president “take care that the laws be faithfully executed.”

Why didn’t Obama receive a similar admonition? I attempted to plumb this mystery in yet another article Bagley provided. Unfortunately, “A Legal Setback for the Affordable Care Act,” provides no epiphany. It just confirms that Bagley uses two different standards for judging Obama and Trump. It was written shortly following the 2016 ruling by U.S. District Judge Rosemary Collyer that the Obama administration had flouted the Constitution’s Appropriations Clause by spending funds that hadn’t been appropriated by Congress. Bagley admits that Obama broke the law, but again reverts to special pleading while indicting the GOP-controlled Congress:

When a hostile Congress balked at the budget request, the Obama administration must have thought that it had little choice but to stretch an existing appropriation to cover the cost-sharing payments.… But while the court properly resisted the administration’s argument, it went astray in hearing the case at all. Even if the administration has exceeded its power, the proper remedy is not a lawsuit brought by one house of Congress.

Bagley claims these things should be worked out between the relevant branches of government, but never explains how that can happen when the executive branch flatly refuses to abide by the Appropriations Clause. Nor does he accuse Obama of behaving like a King. Instead, he actually refers to Obama’s flouting of the Appropriations Clause as a “well-meaning attempt to put the ACA on a sound financial footing.” Does anyone believe that Bagley would be so generous to Trump if his administration had likewise raided the Treasury? Of course not. His delusions of objectivity notwithstanding, the double standard would kick in.

All of which brings us back to this: How can Bagley maintain the fantasy that he has treated Trump and Obama with equal objectivity when the very “proof” he offers reveals transparent bias? His Twitter tantrum tells the tale. Like most academics and journalists, he lives in an insular world where the only debate occurs between the center-left and the loony left. In this fool’s paradise, Bagley’s flaccid critiques of Obama’s “well-meaning” violations of the law create the illusion of balance. That’s why he got his knickers in a knot when I highlighted his hypocrisy. In his world, dissent has long since been banished to outer darkness.