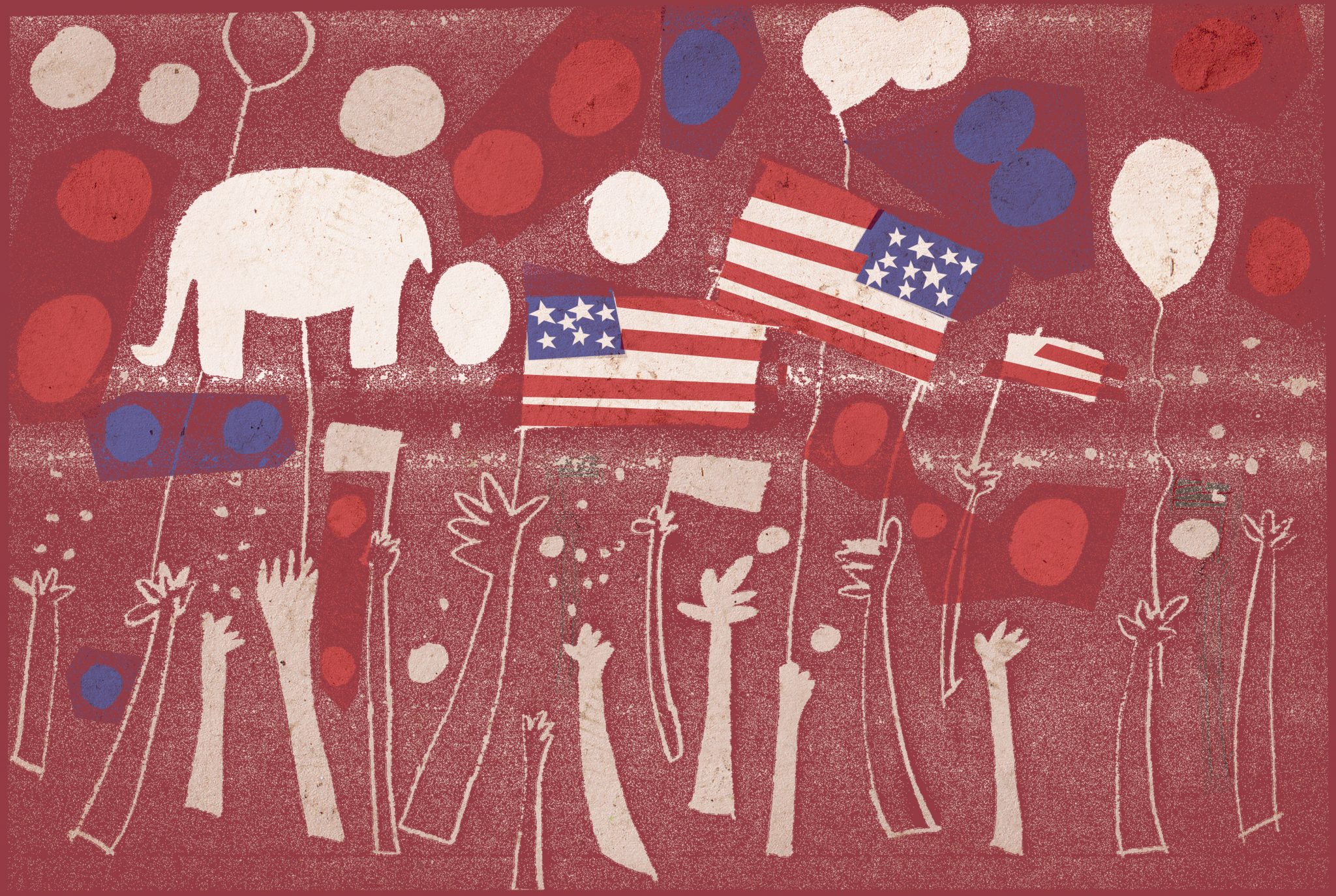 I’m writing this from a beach in northern Spain, sipping on a cold beer on the shore, with no Wifi or access to the progressive press, about 4,000 kilometers from Charlotte, so I am already better prepared than any New York Times editorialist to comment on the RNC. At least my article hasn’t been written before starting. Plus, I’m surrounded by a load of pretty girls in bikinis, so I feel like I’m at a Trump rally. Between you and me, now that the influencers aren’t listening, I suspect the best-kept beauty secret is being anti-abortion. I’ve researched it for years, and I’ve come to the conclusion that pro-lifers are prettier. I guess in the end you have to choose between looking a bit like Ivanka Trump or Nancy Pelosi, who always looks like a blowfish that Kamala Harris just stuck a pin into.

Biden wants Americans to feel safe, he wants minorities to feel free from discrimination, he wants women to feel empowered — whatever that awful word means — and he wants households to feel healthy. Trump just wants them to be all of that.

The RNC has made a point of sending messages to older Americans, perhaps because the Democrats have bet everything on the immature and emotional vote, with slogans for preschoolers, and street hordes whose only electoral argument is a decapitated Trump doll in a guillotine. That’s the prototypical voter that the Biden–Kamala campaign is looking for, even though it should be the FBI looking for them.

Beyond the intellectual debate of the guillotine, a philosophical issue underlies the confrontational positions in this campaign. I will endeavor to explain it, even at the risk of some reader nodding off, breaking his teeth against the screen, and suing me for denticide in the first degree.

If throughout the Democrats’ convention the focus was on feeling, the Republicans focused on being. Biden wants Americans to feel safe, he wants minorities to feel free from discrimination, he wants women to feel empowered — whatever that awful word means — and he wants households to feel healthy. Trump just wants them to be all of that. That has been the case for four years of facts, not feelings: economic growth, higher wages for the poorest, investment in defense and counter-terrorism, and tax cuts.

So all that cloying emotional mumbo-jumbo from the Democrats might just turn against them because, on the verge of a major crisis, people don’t want to feel that they don’t have a coronavirus, to feel that they have the means to deal with the pandemic, or to feel that their bank account hasn’t been plundered by a voracious government. The Republicans once again want all these things to be. They are betting on economic management and, above all, on freedom. If they manage to explain to the American people that the only thing at stake in the next elections is freedom, they will have won an important battle. A warning from Spain to my American friends: we too believed that a social-communist government could never come to power here in the 21st century. And here it is.

As Dov Fischer has pointed out elsewhere in The American Spectator, it is great news that, at least once every four years, the truths that no one dares to tell make it into the news thanks to the RNC. The most uncomfortable of these for the Democrats is that of abortion: the testimony of Abby Johnson, who after eight years at the multinational abortion company Planned Parenthood has become pro-life, is shocking. “Nothing prepared me for what I saw on the screen,” she recalled in Charlotte, “an unborn baby fighting back, desperate to move away from the suction … The last thing I saw was a spine twirling around in the mother’s womb before succumbing to the force of the suction.” When faced with her story, the Democrats’ abortion talk sounds disgusting. Could Kamala look Abby Johnson in the eye and tell her that she wants more abortions in America?

The good thing about the Republican Party with Trump is that he doesn’t shy away from debates, and he doesn’t give up on anything. He reminds me of myself trying to get my hands on a glass of wine, or three, at a wedding cocktail party. So, for once we heard things about BLM that would turn Barack Obama pale, and it was black people saying them — because in the end, without a strong and effective police force, there is no freedom, not for whites, not for blacks, not for blues, not for greens, not even for Joe Biden, who is gray and tasteless.

And then there’s the economy, a very stubborn science that disagrees with socialism. Democrats wish that raising taxes and throwing money at random minorities to buy voters were effective, not just electorally, but in keeping America’s accounts in order. But the opposite is true. Still, for reasons that escape me, their faith in tax increases never falters, perhaps because it has something to do with what Dave Barry said: “The Democrats believe that if God did not want them to raise taxes, He would not have created the Internal Revenue Service.”

Trump’s economic policy, with more money in people’s pockets and more freedom, has helped to strengthen the middle class, to widen it — which is exactly what socialists want to do, but without socialism. This disheartens them, and is the reason they go crazy, avoiding any sort of economic debate, taking to the streets, erecting barricades, and trying to lynch Rand Paul and his wife outside the White House. Last night Washington looked like Caracas. I doubt Americans want four years of something as crude as that.

The Republicans also dedicated some time at the RNC to sketch out what a democratic country, governed by an absentee president and a grumpy lady, might look like. It would be a drama. It would be as if Columbus, instead of discovering America, had favored blowing it up. More controls, more government, and more public spending is a perfect way to sink a nation. But even if there were any chance of success in that approach, remember that it would be carried out by Kamala, whose notion of higher economics is limited to making teachers use gender-neutral language, which has been proven to contribute inherently to raising the GDP.

In the end, Republicans are right to insist on visualizing what things might be like if the next president were a Democrat, because if you slowly analyze the prosperous and happy universe promised by Biden/Harris/Obama/Sanders, on the one hand, and then look at Washington/Caracas, on the other, the thought that comes to mind about their perfumed election promises is … I don’t know, Rick, it looks fake.

Conventions have shattered the myth of CNN. The only extreme that really exists in the Trump administration is economic success. And the only moderate in Biden’s candidacy is honesty.