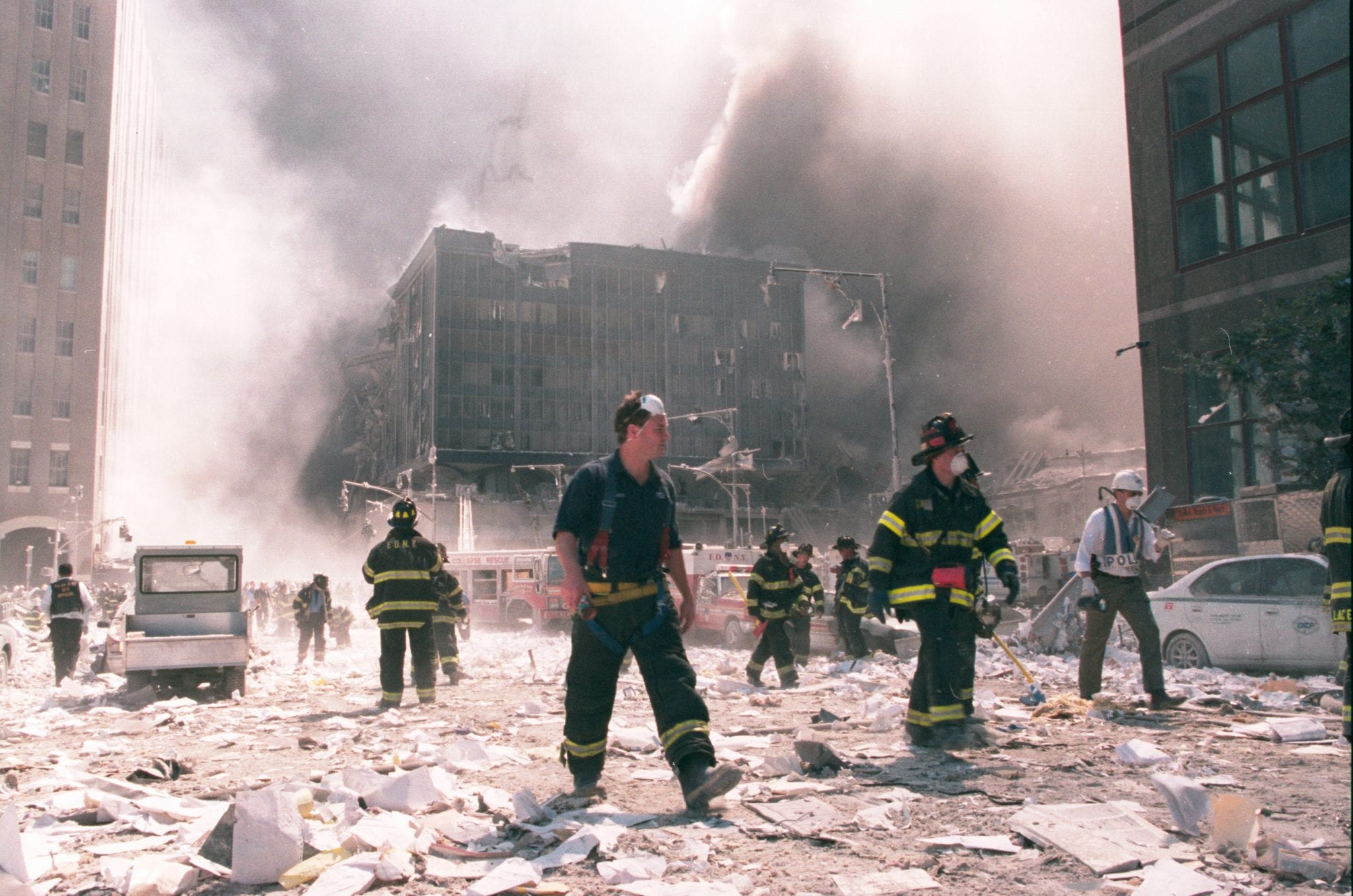 We came together after 9/11 as Americans. We formed a bond of unity the likes of which I could not remember save for when I was a child during World War II. Then, housewives rolled bandages at night for the Red Cross. Kids carried scrap paper and metal to school for the war effort.

People proudly hung military insignias in their windows to recognize their family members who were at war. Mothers dressed their children in miniature military uniforms.

In the coming decades, that unity was shredded. The Vietnam War divided the country as much as WWII united it. On campus, students cheered for the enemy: “Ho, Ho, Ho Chi Minh, Ho Chi Minh is going to win.”

The Vietnamese communist regime so widely endorsed by the American Left produced 800, 000 refugees who were willing to risk their lives by fleeing to treacherous open seas rather than submit to the brutalities of the regime. California Governor Jerry Brown militated against letting them settle anywhere in California. He even sent an aide to Travis Air Force Base to prevent planeloads of Vietnamese refugees from landing. This is the same Jerry Brown who decades later wanted to eliminate the southern border. Unlike Hispanics, Vietnamese did not identify with the Democratic Party.

After 9/11, neighborhoods throughout America flew the flag. First responders, especially police and firefighters, were hailed as heroes. President George W. Bush, often demeaned by the mainstream media, seemed to be given a grace period as he provided symbolic unity to the idea of America.

Eighteen years later, the same first responders, some dying of cancer from exposure on that fateful day, had to beg Congress to continue their health benefits.

Patriotism, the embrace of the nation, is no longer praised. A hostile anti-American media has transformed patriotism into a slur to be tied to white nationalism in an identity politics that slices America into groups with competing interests. Many of them find transient unity in something called intersectionality, which pits everyone against the so-called white patriarchy.

No one checked the identities of the first responders who ran toward the Twin Towers on 9/11; nor did they, in turn, ask the identities of the people whom they rescued. The New York Fire Department, like the New York Police Department, was, on 9/11/2001, largely white and male. No one said, “Check your white patriarchy at the door and don’t enter.”

Today, some New Yorkers find it amusing to dunk the police with buckets of water or to climb atop a police car with impunity, knowing that any response by the police will be met with a microscopic examination for excessive force.

In 2008, we elected a president who showed more concern for the aspirations of Muslims than the victims of 9/11. When some Muslims wanted to build a triumphalist mosque at ground zero, President Obama stood with them while lacerating the sensitivities of all of New York.

When the Egyptian people turned out by the tens of thousands in the streets of Cairo to overthrow the brutal dictatorship of the Muslim Brotherhood, the Obama administration worked unsuccessfully to put the Brotherhood back in power.

Today, anti-Americanism is in vogue. It is more fashionable to burn the flag than to fly it. A university wants to ban the use of the word “American” because it is not inclusive. Campuses have evolved into tuition-demanding re-education camps that teach history, politics, and sociology from the underbelly of the American experience.

Tolerance of the citizen who possesses the same national loyalty but holds a different perspective no longer exists. People are afraid to express their political opinions on campus, at work, and even among family members. Members of the Hollywood elite call for a political blacklist reminiscent of the ignominious days of the House Un-American Activities Committee. They fail to understand that the political winds are unpredictable. Those who make lists today might find themselves listed tomorrow.

In the real world, we are all tribal. Given freedom of choice, people generally choose to live and associate with their own tribe. Our perspectives on the world are shaped by different cultural and historical experiences that define our reality.

The system of competing tribes with different realities only works if there is an overarching sense of community. From the Europe of the Peace of Westphalia, 1648, emerged the idea of the nation state. This was the binding together of similar yet different peoples into a shared identity.

Three-hundred-plus years later, that ideal began to crumble. Devolution became the objective of peoples who found unity artificial. Minus the integrative loyalty of communism, Yugoslavia crumbled into different ethnic enclaves and civil war. Czechoslovakia broke into the Czech and Slovak Republics. The Soviet Union broke up into its pre-imperial past. Many African states devolved into tribalism.

But as that purpose erodes, we will descend into various forms of dysfunctional group identities. In the 18 years since 9/11, we’ve forgotten what unites us as Americans. It is time to remember that we do share a common purpose and destiny. We are in this together.