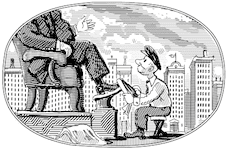 Robert Novak reports Fred Thompson will announce his candidacy by video — an idea suggested by Newt Gingrich. Does this sound like a good idea for a guy whose recent live speeches(like at the VFW) didn’t get great reviews and who has to demonstrate he’s more than just a TV personality? Seems like a huge live crowd (showing he’s got a functioning advance team), a speech without notes and a jog through an adoring crowd would be best designed to show he’s in fighting form. Maybe Newt knows best, but aren’t his opponents going to be snickering that he is “still acting like a TV star” if he opens this way?