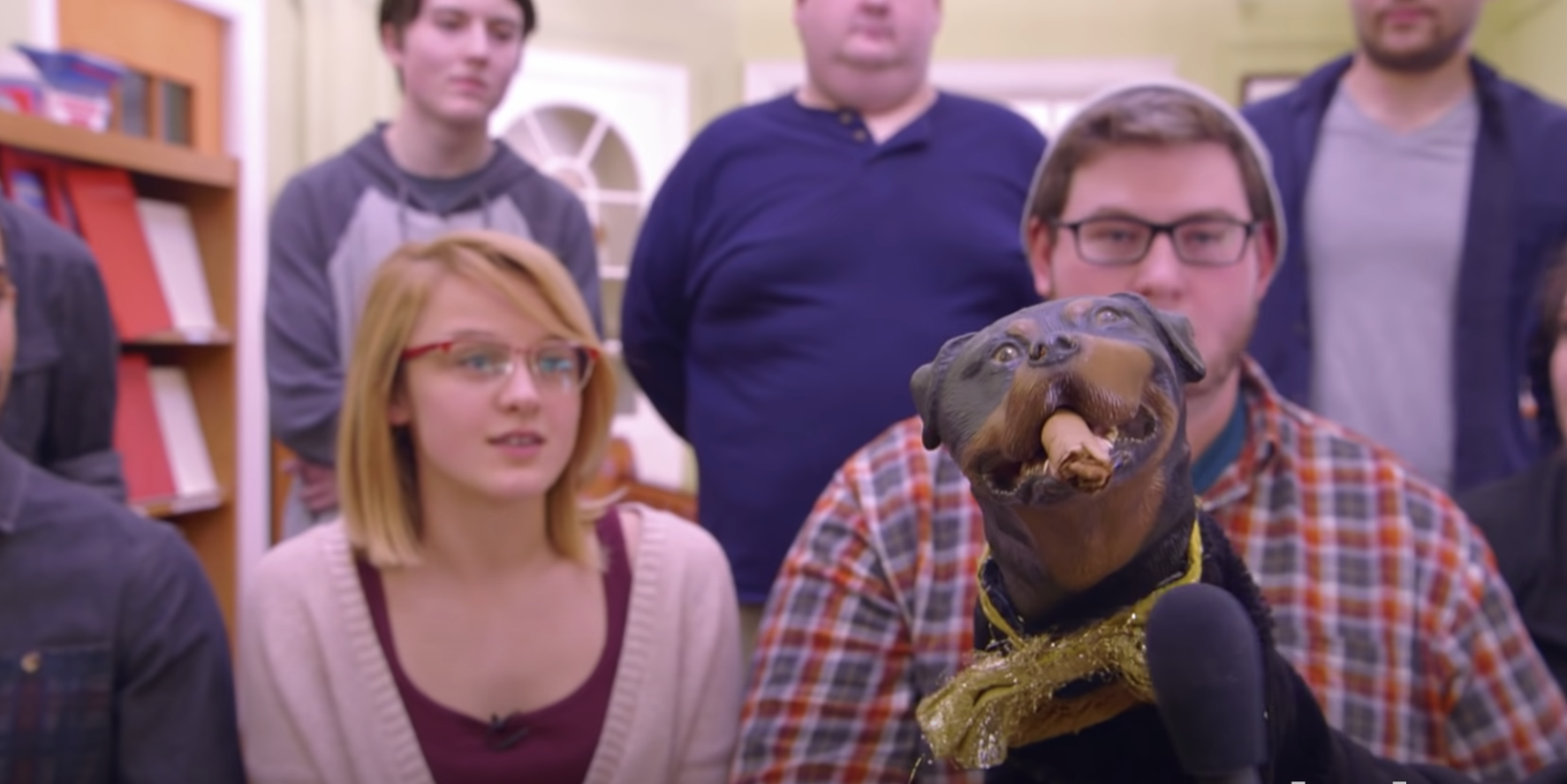 He cries foul that those he characterizes as supporting an insurrection on January 6, 2021, now make jokes about the arrest of his underlings last week on Capitol Hill for participating in an “insurrection.” As George Washington University Professor Jonathan Turley points out, Colbert’s people received “the same charge that has been levied against the vast majority of those arrested after the riot.” This explains the satirical linkage of “unlawful entry” with “insurrection.”

“After they’d finished their interviews, [Late Night with Stephen Colbert staffers] were doing some last-minute puppetry and jokey make-em-ups in a hallway, when Triumph [the Insult Comic Dog] and my folks were approached and detained by Capitol Police,” Colbert explained in a Monday monologue. “A lot of paperwork for the Capitol Police but a fairly simple story… until the next night when a couple of the TV people started claiming that my puppet squad had quote, ‘committed insurrection’ at the U.S. Capitol building.”

Did Stephen Colbert lie on his show that cops arrested his staffers for “first-degree puppetry” and “hijinks with intent to goof” when they actually caught “unlawful entry” charges? Or do honest people with IQs over 91 and a social sense beyond Napoleon Dynamite’s give leeway in social satire and comedy in understanding that literal falsehoods sometimes make figurative truths?

Yes, the authorities should not put to sleep or even impound Triumph the Insult Comic Dog for practicing comedy without a license, even (especially?) on Capitol Hill. The authorities may be incapable of finding the humor in putting a MAGA hat on a statue of Gerald Ford, that red-haired guy posing for a picture with Nancy Pelosi’s podium in a jokey make-em-up, or the hirsute gentleman donning Viking horns, patriotic face paint, and Zsa Zsa Gábor’s furs. But they at least maybe could admit that they, like the Colbert staff, did not partake in an insurrection, a legal term somewhat undermined in this case by the fact that the rioters killed a grand total of zero people.

The guy kicking up his feet on Nancy Pelosi’s desk and the people arrested on June 16 in the Longworth House Office Building share more in common than a penchant for iconoclastic humor that some find offensive. The people on both sides committed to making every day January 6 all believe in claims that lack proof when they massage their outlook.

If anything approaches an unreleased kraken in undermining one’s credibility, then certainly holding oneself up as working for “the newspaper of record” while repeatedly reporting ideologically convenient falsehoods as objective facts about a terrible event requiring no embellishment for shock value does.

The New York Times initially reported that Trump supporter Roseanne Boyland “appears to have been killed in a crush of fellow rioters during their attempt to fight through a police line.” She actually died, according to the coroner, of drug intoxication.

The New York Times reported that “pro-Trump supporters attacked that citadel of democracy, overpowered Mr. [Brian] Sicknick, 42, and struck him in the head with a fire extinguisher, according to two law enforcement officials. With a bloody gash in his head, Mr. Sicknick was rushed to the hospital and placed on life support.” Nobody struck Officer Sicknick with a fire extinguisher. He suffered no bloody gash. Rather than getting “rushed to the hospital,” Sicknick described himself as in “good shape” afterwards. Hours after the riot ended, Sicknick suffered two strokes. He died the next day.

In an article titled “These are the seven people who died in connection with Capitol riot,” the New York Times includes police officers who died of suicide days later as casualties of the riot.

One person killed another human being in connection with the riot, and that also remains the sole death that took place inside the Capitol that day. The New York Times depicted that woman’s killer in a positive light after showing no interest in his identity for months.