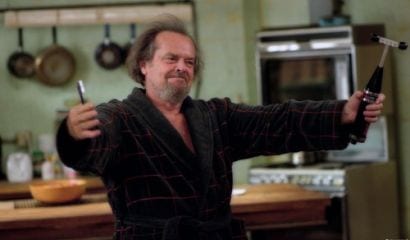 Conservatives have seen better days — and the future could get worse: Taxes keep increasing; jobs decreasing. Our military’s needs are largely ignored; relationships with foreign countries fostered — but remain in disarray. Obamacare is in full swing; Congress is nearly at a halt.

Yet less than half — 41% to be exact — of conservatives the Pew Research Center for the People and the Press polled recently admitted they were “angry” at the federal government when it comes to the shutdown drama. While this number is high, and Pew says it’s the highest it’s been since they began asking the question in 1997, it means little if it fails to propel real change in a conservative direction.

Case in point: Back in August 2011, a full year before Obama won re-election — but certainly while Obamacare and election propaganda were ramping up — some 32% of conservative Republicans went to sleep at night stewing. That’s not quite 41% but it’s not that much lower either. What were the results of said anger? Another four years of President Obama.

Here we can learn a lesson from our liberal voters. Pew reports that in October 2006, during the Bush administration, “liberal Democrats expressed more anger at the government than any other group.” In fact, 44% of liberal Democrats said they felt angry at the federal government, nearly the same number as their political counterparts today and slightly higher than conservatives were in August 2011. What happened after the next national election? Hello, Obama, welcome to the White House. If only this polling were the litmus test, it would appear when conservatives get mad, they just get mad. When liberals get mad, they get results.

How can this be? Knowledge. Granted, another government shutdown hardly seems new or exciting but it is important. Yet while over half, 61% of those polled, told Pew they were paying attention to news about the impending shutdown, “among those younger than 30, however, 63% say they are not following news about the government shutdown closely, including nearly half (46%) who say they aren’t following it at all.” Sadly, only 13% of 18-29 year olds are tracking news about the budget battles in Congress “very closely.”

The actions of anyone with real power to shape the world we live in, and the one our children will inherit, merits a healthy dose of consideration, yet voters under 30 can’t bother to keep an eye on Congress? Not surprisingly, that age bracket turned out in smaller numbers for the conservative ticket than any other, and when they did turn out, more voted more for Obama than any other group. If knowledge is power, ignorance is merely perpetual. If younger voters paid attention to Congress, would they be angry? They should be. If they were, would they cast their vote — and encourage their friends to vote — differently? One would hope.

According to the Mayo Clinic, “anger is a normal, healthy emotion when you know how to express it appropriately” and anger management is a “process of learning to recognize signs that you’re becoming angry, and taking action to calm down and deal with the situation in a positive way.” Nothing seems more positive than combining knowledge and emotion with a little elbow grease in supporting and spreading the word about real change during the next election — especially if conservatives can come up with a candidate who merits their support.

Buddha is credited with saying “anger is like drinking poison and expecting the other person to die.” That’s another way of saying anger, like regret, is a wasted emotion unless it’s used to produce real change. Conservatives should put their strong emotions to good use and put to death a political movement only hurting Americans. Maybe after the next midterm elections – certainly after 2016 — fewer people will need anger management because everyone will be paying fewer taxes, Congress — and more Americans will be working — support for our military will be strong, and relationships with other countries will be well-ordered.