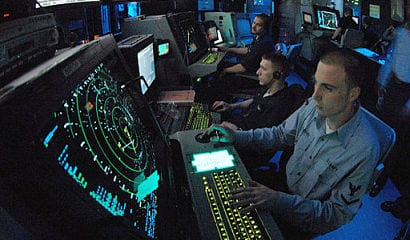 If you are an air traveler this week, you might get a dose of how it feels to be deliberately abused by your government to score political points. President Obama and the Democrat Party are so adamantly opposed to any semblance of cuts in government spending that they cannot abide the sequester that cuts only 2% of federal spending, not out of actual spending, but out of the growth in spending, over the next 10 years. During that time, both President Obama’s budget and the Senate Democrat budget propose to spend nearly $50 trillion, far more than any other government in world history.

On their way to that atrocity, both President Obama’s budget and the Senate Democrat budget propose to repeal the sequester cuts and adopt yet another tax increase instead. That would be on top of the $1 trillion in Obamacare tax increases already going into effect this year, and the $600 billion tax increase already enacted in January to let the Bush tax cuts expire for the nation’s job creators, investors, and successful small businesses (aka “the rich”). I admit that I lack patience with slow learners. But if you don’t understand yet that the ultimate goal of today’s Democrat Party is to raise taxes until they have all of your income, it is too much of a burden on me to share a country with you.

So to instruct the American people of the necessity to get back on track with the Democrat Party program, this week the Federal Aviation Administration (FAA) began imposing artificial, unnecessary delays on air travel, particularly out of how profile airports around New York, Washington, and Los Angeles. The FAA and the Obama Administration blame that on the sequester cuts, which they blame on the Republicans.

Notice that in the new, transformational Obama era, our nation’s politics are now all about who gets the blame, rather than about who takes the credit. That is because America is in an accelerating, downward spiral to third world status. So the game now is hot potato over who gets stuck with the blame for that. There is nothing going on in Obama’s new Amerika to take credit for.

The sequester and exactly what gets cut was concocted within the Obama Administration, in the office of then OMB Director, now Treasury Secretary, Jack Lew, to get an agreement out of the House Republicans to raise the debt limit to allow trillions more in additional federal borrowing. Obama was so certain that Republicans actually do not want to cut spending either, he was confident they would cave and cancel the sequester before it became effective. He was shocked when the Republicans stood by the cuts.

The portion of those cuts that the Obama Administration specified apply to the FAA is $600 million. They could cut instead the $500 million the FAA is spending on consultants, the $325 million it is spending on supplies and travel, and the Transportation Department’s new $474 million grant program “to make communities more livable and sustainable,” as reported in the Wall Street Journal yesterday. Republicans have also already passed legislation in the House, and introduced it in the Senate, to give President Obama complete discretion to make the 2% cuts in spending growth out of the most wasteful federal spending to be found.

But President Obama and the Democrat majority Senate oppose that. They don’t want to make the sequester cuts out of government waste, or out of counterproductive federal spending. They are still on their original plan to get the Republicans to back down from the modest sequester spending restraint, by making those cuts as painful for the public as possible.

So pursuant to that plan, the Obama Administration is trying to manipulate the public by imposing artificial, unnecessary, abusive air travel delays, hoping the easily fooled, Twitter voters will rise in anger to force the Republicans to reverse the sequester cuts, and increase taxes yet again, after all. If this was still the real America of free and independent people, they would rise in fury instead and demand that the President be impeached for such abusive, dishonest manipulation of the public he is supposed to be serving. What President Obama is doing this week is an attack on the American people, for cynical political gain.

The Permanent Fix
But the more fundamental solution is to eliminate the potential for such political manipulation and abuse through the long overdue, and increasingly urgent reform of privatizing the FAA. Incorporate the whole organization into a private, for profit, D.C. corporation with all the stock held by the federal government to start. Then auction off the stock to the highest bidder. Use the funds to pay down the national debt.

It would be up to the new FAA Corp. to negotiate its own contracts with each airport for air traffic control services. But there is no need for this to be a monopoly. Each airport would be free to contract with any alternative competitor that would arise. That competitive market would produce the best service at the least cost.

Moreover, air travel would then be entirely free of Washington political manipulation. It would no longer be a political football, with James Carville laughing on TV how the Democrats are going to manipulate the public by abusing it to get their way.

Instead, private investors would have full market incentives to invest in the latest, most advanced, high tech, air traffic control equipment. The slow moving federal bureaucracy can never be counted on to do that, even in the best of times.

For example, on the horizon is the Next Generation Air Transportation System (NextGen). As a June, 2010 Cato Institute report explains, “NextGen will be a major paradigm shift—from 20th-century, manual, air traffic control to 21st-century, semi-automated, air traffic management.” As the CBO further explains, the new technology would

accommodate up to three times the volume of current air traffic by making more efficient use of both the national airspace and airport facilities. The new air traffic control system would be more decentralized than the one currently in place in the United States. Guidance systems on planes would work in conjunction with satellites of the Global Positioning System (GPS) to supplement direct supervision by ground-based controllers and radar stations. As a result, each plane would depend less on instructions from an air traffic controller and more on its own resources for maintaining a safe flight pattern and would be better able to adjust to the particular air traffic conditions in its vicinity.”

But the Cato study, authored by Chris Edwards and Robert W. Poole, Jr., explains the poor record of the FAA federal bureaucracy in imeplementing new technology:

The FAA has been attempting to modernize its system, expand capacity, and increase its productivity for decades. But dozens of reports over the years from the Government Accountability Office and the Office of Inspector General in the Department of Transportation have faulted the FAA for poor management of major projects, which are often delayed and over budget. The Advanced Automation System, Wide Area Augmentation System, and other major projects have had large cost overruns and been years behind schedule or cancelled.

Edwards and Poole explain the root of the problem — government bureaucracy: “As a government agency, the FAA is not designed to judge risks, aim at the most efficient investments, manage people to produce results, reward excellence, or punish incompetence.”

In recognition of this history of problems, Congress in 2003 created a new bureaucracy, the Joint Planning and Development Office (JDPO) to oversee FAA implementation of NextGen. But creating a new bureaucracy to solve problems of a slow moving bureaucracy is not going to solve anything. The FAA proposed a new airfare user fee in 2007 to raise a billion dollars a year to implement NextGen. Congress has not yet acted on that proposal, now 6 years later. Politics and bureaucracy are never going to cut it. With a private, competitive market, NextGen could probably be implemented with a net cost savings to travelers.

In the past 20 years, fifty countries have “commercialized” their air traffic control systems, meaning their Air Traffic Control (ATC) systems have been separated from the government bureaucracy, and financed entirely by fees paid by aircraft operators. In Great Britain, the ATC has been privatized, with the airlines, airports, and employees owning the majority share of the company. The Canadian ATC, NavCanada, is 100% privately owned.

A Suffolk University Law School review of the performance of these commercialized ATCs concluded:

Service quality has improved in most cases. Several [commercialized ATCs] have successfully modernized workplace technologies. The safety records of [ATCs] are not adversely affected by commercialization, and in some cases safety is improved. Costs are generally reduced, sometimes significantly.

The Republican House should refocus public anger by passing legislation to privatize the FAA in this way.

Privatize the Airports Too
While the House is at it, it should pass legislation to privatize the airports too, which are owned by state and local governments in the U.S. That can be started by contracting out management of existing airports. But they can eventually be sold, with new airports entirely privately financed.

Edwards and Poole explain, “The benefits of a more entrepreneurial approach to running airports include increased operating efficiency, improved amenities, and more rapid and efficient expansion in capacity to reduce congestion. Airlines, passengers, private-plane owners, and taxpayers can all benefit from this new commercial approach to airport management.”

Since 1987, more than 100 airports have been partly or fully privatized worldwide, Edwards and Poole report, including in such cities as Amsterdam, Athens, Auckland, Brussels, Copenhagen, Frankfurt, London, Melbourne, Naples, Rome, Sydney, and Vienna. “Britain led the way with the 1987 privatization of British Airports Authority, which owns Heathrow and other airports. Other countries followed with a wide range of commercialization reforms under which private firms own or operate various aspects of airport facilities,” they add.

In addition, Edwards and Poole report:

• Most of Australia’s major airports have been either privatized or contracted out to private operators under long-term leases.

• Spain’s government announced in 2008 that it will sell major stakes in the 47 airports operated by state agency AENA.

• Most of Italy’s larger airports have been privatized, including those in Rome, Florence, Naples, Parma, Pisa, and Venice.

The House legislation could also authorize state and local governments to choose to privatize their airports at no charge from the federal government. That would bring this long overdue reform to America. Long live the worldwide capitalist revolution!