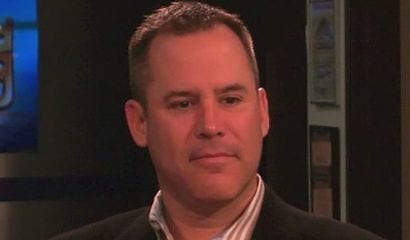 If you can picture a man somewhere between Jason Bourne and Ethan Hunt — with perhaps a bit of Jack Bauer thrown in — then you’ve just imagined Mitch Rapp, the counterterrorist specialist and hero in nearly all of Vince Flynn’s 14 novels. If you’ve got a picture of Rapp in your mind, then you’ve got a peek into Vince Flynn as well, best-selling thriller novelist, friend to some of the world’s most influential people, and under-the-radar champion of conservative ideas. The 47 year-old passed away one week ago after a three-year battle with prostate cancer; his funeral was yesterday in St. Paul, Minnesota, his birthplace and the place he still called home.

If you haven’t read Flynn’s novels, you’ll no doubt recognize the over-the-top bravado of Rapp as a kind of one-man terrorist-hunting machine with nothing to lose and only honor to gain. While the plots are thick and full of twists and turns and the characters are somewhat thin and stereotypical — think John Grisham meets Tom Clancy — Flynn and his work acquired millions of fans over his career. Though he self-published his first novel after spending three years bartending so he could write it, Flynn eventually found a publisher for the remaining 13. In fact, despite lackluster reviews, three of his 14 novels hit #2 on the New York Times Bestseller lists, he’s sold over 15 million copies overall, and reports are despite Flynn’s death, a movie based on one of his novels, American Assassin, is still in the development phase.

A news anchor at a local Minnesota station said of his legacy: “Vince Flynn counted world leaders among his millions of fans but he never strayed from the values of his big Irish Catholic family in St. Paul.” Last Wednesday, Rush Limbaugh eulogized and reminisced about his good friend at length, confirming both those statements. Though he was a friend to many people regardless of political persuasion, the heart of his novels held strong conservative, pro-military sentiments. Conservative leaders — Rush Limbaugh, Glenn Beck, Sean Hannity, George W. Bush, to name a few — called him friend and admired his work and his personal integrity.

In his novels, readers will discover how and why evil permeates his fictional world, but one can’t read a Flynn novel without connecting the dots to real life. Even Flynn once said he simply imagined his plots by “connecting the dots” to current events. A raid much like the one that occurred the night Osama bin Laden was killed occurs in one of his books that was published years before the SEAL Team 6 descended upon Pakistan. Though Flynn was for a time a consultant on staff of 24 — the hit TV series starring the eerily similar-to-Rapp hero Jack Bauer — unlike in the series, Flynn’s terrorists were never white supremacists or Russians but Islamofascists like the ones America has been warding off since before 9/11.

In his book Extreme Measures Rapp tells just such a man before questioning him:

“I scare myself sometimes. You see…I’m not like the guys you’ve been talking to this week. I have a real conviction about this little war we’re fighting and I’m pretty intolerant of people who don’t have the stomach to do what it takes to win this thing. Add to that the fact that I pretty much don’t give a s### what people in Washington think of me and it makes me your biggest nightmare.”

This is what made Flynn’s books popular, what endeared him to so many fans, and what annoyed so many liberals and critics. Flynn saw forces of both potent evil and pure good in the world and instead of ignoring them, or painting them in indifferent, broad strokes in his stories, he chose to highlight them in clear, sometimes painful, but always engaging and powerful ways. From all accounts, Flynn lived with the same courage, clarity, and conviction too. Would that more writers would help readers see accurate truths even through the most imaginative fictions, so that we may be informed, be changed, and choose to engage for good the evil in the world around us. Or, as Mitch Rapp would say, be a person of “real conviction.”