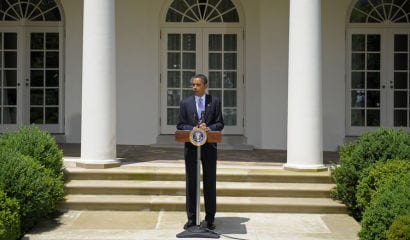 As far back as 1604, when James I of England published A Counter-Blaste To Tobacco, smoking has been recognized as a public health threat. There have since been countless attempts to discourage tobacco use by the general populace. Among the few such efforts to achieve any success has been the practice, by insurance companies, of charging higher health premiums for smokers than for non-smokers. Thus, not even Obamacare’s opponents objected when its authors inserted a provision permitting insurers to penalize smokers with a 50% surcharge. Predictably, however, Obama administration ineptitude will prevent this provision from taking effect.

Last week the Associated Press reported, “In yet another health care overhaul delay, the administration has quietly notified insurers that a computer system problem will limit penalties that the law says the companies may charge smokers. A fix will take at least a year.” How will this force non-smokers to subsidize smokers? Well, from the perspective of insurance carriers, smokers are high-risk customers. They get sick more often than non-smokers and their maladies are typically serious and expensive. So, if insurance companies want to remain solvent and they can’t charge smokers higher rates, they will have to increase premiums for everyone.

By now, if you know anything about software, you’ll be thinking: How hard could it be to write a program that can accommodate higher premiums for smokers than non-smokers? Most middle school kids could do it while watching Duck Dynasty and listening to the latest crime against music by Justin Bieber. But this is the bureaucracy whose largest health program still relies on an information system that hasn’t yet moved to graphical user interface. Every day, all across America, hospitals needing information on Medicare claims must sign on to a system that brings up the antiquated black screen and requires users to enter DOS commands to retrieve data.

Now, to be fair to the IT wizards at HHS, the implementation delay is partially due to the need to handle (gasp) a third variable. Although we have been repeatedly told that Obamacare outlaws the practice of charging different premiums to different customers, smokers are not the only patients who can be discriminated against under the “reform” law. It also permits insurers to charge elderly customers more than their younger policyholders. In fact, PPACA allows them to charge an old person three times more than a young person. And this combination of the smoker penalty and the age penalty is what seems to have stymied the brainiacs at HHS.

If, for example, you have an elderly policyholder who has also been a lifelong smoker, it is possible that the appropriate premium will exceed the “three-times” limit, and this is what has them stumped. As a recent HHS guidance phrased it, “Because of a system limitation… the system currently cannot process a premium for a 65-year-old smoker that is … more than three times the premium of a 21-year-old smoker.” But not to worry: The good folks at HHS assure us that this latest example of its breathtaking incompetence is but “a temporary circumstance that in no way impacts our ability to open the marketplaces on Oct. 1.”

For most of an already skeptical public, this latest snafu will be seen for what it is — more evidence that government bureaucrats are generally incompetent and that Obamacare is a Rube Goldberg contraption that never had a prayer of delivering on its grandiose promises. This is not, however, the conclusion reached by the evangelists of government-run health care. They would solve the problem by simply eliminating the smoker’s penalty. Never mind that these are the same self-styled progressives who enthusiastically support the ostracism of smokers with Draconian smoking bans while claiming to be “anti-smoking, not anti-smoker.”

Long-time Obamacare apologist, Maggie Mahar, expresses their pretzel logic as follows: “If it makes insurance unaffordable for some smokers, this means that they won’t have access to smoking cessation programs, nicotine patches and other drugs that could help them quit. Keep in mind that most smokers want to quit.” Neither Mahar nor her fellow travelers seem to care that this solution would require non-smokers to subsidize smokers. At the risk of seeming a “mean-spirited conservative,” I can’t see the “social justice” in forcing people who have had enough sense to avoid nicotine addiction to subsidize those with worse judgment.

It goes without saying that Obamacare advocates scrupulously avoid the larger issue highlighted by the smoker’s penalty — the astounding inefficiency of Obama’s health care bureaucrats. For years they told us that Money-Driven Medicine, as Mahar titled one of her unreadable tomes, caused all manner of social injustice and inefficiencies that would disappear if we would just allow the good people in Washington to manage our health care system. They naturally disregarded as mere knuckle-draggers those of us who said that market-based medicine would run like a Swiss watch compared to any system concocted inside the Beltway.

Now that our predictions about the inevitable inefficiencies of Obamacare are coming true on a daily basis, PPACA’s advocates claim the problems are caused by Republican parsimony. But facts, to coin a phrase, are stubborn things. And, no matter how many red herrings and straw men they deploy, the fact is that the smoker’s penalty mess is just the latest indication that Obamacare is a dumb idea being implemented by dumber people.