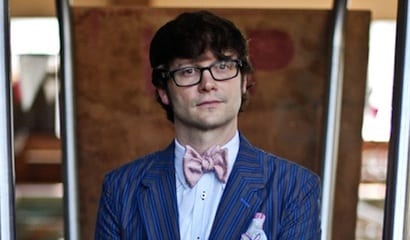 About 20 years ago, historian Mark Noll surveyed the evangelical academy and opined that there “was not much of an evangelical mind.” This, according to the memorable title of his jeremiad, was an intellectual “scandal.” How could evangelicals worship the super-intelligent being who programmed the human mind and yet fail, in his view, so deleteriously in their intellectual engagement?

The question has lingered. Its mere presence has helped to launch a thousand research degrees, and then some. Evangelical students have flocked to the Ivy League and top overseas universities like Oxford, Cambridge, Durham, and St. Andrews. Evangelical academic programs at the secondary, collegiate, and graduate levels have begun, with classical schools run by believers, among others, drawing recent notice from CNN. Christian scholars now nest, if a bit surreptitiously, in many small teaching colleges and research universities, winning awards and whiling away at books for elite presses.

Yet American evangelicals can be forgiven for wondering if they will see, in this age, their own academic institutions in the centers of culture and public life. In his incisive, eye-opening study Faith in the Halls of Power, D. Michael Lindsay uncovered believers in just these places—finance and movies and government and more–but left the telling of the ascendant evangelical intellect to another leading thinker. So the wondering has continued; the questing has not ceased. To the present, there is not a major evangelical college or university in one of the country’s top three cities—New York, Los Angeles, Chicago—that focuses on high-level academic engagement with the broader guild.

But all that may soon change.

James Davison Hunter has argued that in order for real cultural change to happen in a certain place, there must be present dense, inter-connected networks of elite leaders and thinkers. Hunter’s To Change the World suggests that such a task is not for the faint of heart, and not easy to come by. This is particularly true given the narrative of many well-placed twentieth-century evangelicals, who found themselves displaced from positions of influence in the 1920s and 30s. Lindsay’s book showed beyond a shadow of a doubt that believers had indeed returned to the halls of power, but the reader could not help but sense that many of these people had won their influence alone, and worked in their own sphere. Closely coordinated grand strategy, you might say, was not everywhere present.

Yet something remarkable has developed in New York the past few decades. In connection with many behind-the-scenes partners, figures like Timothy Keller and Eric Metaxas have established a footprint in the Big Apple. Keller’s Redeemer Presbyterian Church draws as many world-changers as any other congregation in the city. Metaxas’s Socrates in the City extends such outreach beyond the pulpit, engaging the city’s skeptics by way of lectures on profound topics (and the occasional gala!). The fact that both men are best-selling authors—Keller’s Reason for God and Metaxas’s Bonhoeffer at the top of the list—has not hurt their reach and appeal within the city.

A third partner in this ascendant intellectual evangelicalism is more surprising, but possessing great institutional capacity: The King’s College. King’s began through the ministry of evangelist Percy Crawford in the post-war evangelical boom, fell on some hard times at the end of the twentieth century, and was rescued by Campus Crusade for Christ founder Bill Bright. (Shawn Macomber wrote a feature on King’s for the Spectator in 2008.)

The school came to rest in the Empire State Building, though a few years ago it moved to its present Wall Street location under the now-departed Dinesh D’Souza. D’Souza, a gifted writer and speaker, had a controversial tenure at the school, as he focused on more political than spiritual material. His book The Roots of Obama’s Rage drew criticism from both the left and right. Top evangelical thinker and writer Marvin Olasky departed during this period, though events at King’s reached a true crisis point in the fall of 2012 when a reporter from World magazine discovered that D’Souza was traveling—and rooming—with a woman to whom he was not married (he was estranged from his wife). This cost him his position and left the school in a difficult place.

Just last week, King’s took a major step forward, naming Gregory Thornbury as its president. Thornbury was formerly dean of the School of Theology and Missions, vice president for spiritual life, and professor of philosophy at Union University in Tennessee. Union is itself a major evangelical academic success story, having undergone a holistic transformation under outgoing president David Dockery. Thornbury worked closely with Dockery, a master fundraiser and statesman, and now finds himself behind the president’s desk.

Thornbury’s appointment is significant on two fronts. First, he is the nation’s first hipster president. He plays guitar with professional musicians (having just shared the soundstage with a Modest Mouse guitarist), prefers the slim British suit to the boxy-shouldered cut known to many an American boardroom, and keeps up a witty rapport with a wide range of folks on Twitter. Forget the evangelical angle; the fact that a hipster has taken a college presidency surely checks off the final box on the “conquer America” list of the hipster powers-that-be (yes, this is ironic).

Second, Thornbury learned at the feet of evangelical theologian Carl Ferdinand Howard Henry. Though largely unknown in the broader culture today, Henry was no figure of glancing importance. He wrote six dense tomes of theology on Scripture, God, and epistemic certainty. He did not confine his interests to the study, however. Henry’s life-dream was to found a great Christian institution in New York City. He spoke and wrote about this vision all of his life. Though he briefly had the world-mover Billy Graham on his team in this quest, Henry’s plans never materialized.

Toward the end of his life, Henry took a shine to Thornbury and several young scholars from The Southern Baptist Theological Seminary who reached out to the venerable figure. Among other influences, Henry inspired Thornbury to think grandly and sweepingly about the centrality of Christ in all things. As Henry had outlined in his foundational Uneasy Conscience of Modern Fundamentalism (1947), the Christian mind existed to take dominion of the cosmos formed by God himself. Christian intellectual activity, in other words, was not to sit shyly in the great classroom of the universe, taking notes and working hard not to be noticed. The Christian intellect was calibrated for capacious study, learning, and engagement.

As noted, Henry could only act on this great hope in his writing or teaching for different schools. Thornbury has written Recovering Classic Evangelicalism: Applying the Wisdom and Vision of Carl F. H. Henry (Crossway, 2013), his own inspiring and wide-ranging take on Henry’s theological and cultural vision. Now, however, he has the opportunity to enact this vision in the heart of the symbolic capital of America. Forming institutions is long, hard, and dangerous work. Hundreds of great projects powered by soaring theological claims foundered and are now forgotten. The same could prove true with King’s.

But it may be that the school will negotiate its challenges. It is possible that the school may not only survive but thrive in New York. Thornbury, after all, stands to benefit from the Manhattan evangelical network, loose as it is. The cultural prospects of evangelicalism and conservatism hang in the balance today, yet perhaps this time of tension will produce just the kind of ambition and restless energy that are needed for great projects like the one in question. To study the history of successful movements like the opposing poles of the Reformation or the Enlightenment, for example, is to see that great works rarely begin in periods of equipoise, but times of great uncertainty.

King’s cannot, in any matter, singlehandedly rehabilitate the evangelical mind. That project has already begun, and it proceeds with fits and starts, not least because to be successful, it must be confessional. Christian scholarship is, after all, at once unfettered, taking dominion of all things, and bounded, normed by divine revelation. There is hope of greater things, though. In one of the world’s truly global cities, a small college is calibrating itself for evangelical thought-leadership and cultural engagement.

It may just be that the hipster president, aided by a greater network of persons than this world can claim, will pull it off.