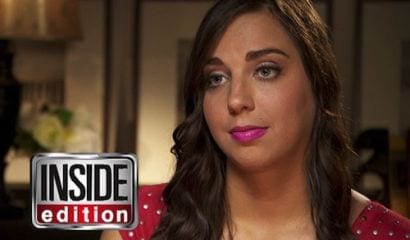 Sydney Leathers was a girlfriend for hire and any old creep with a thousand bucks to spare could have had the pleasure of her companionship, such as it was. The news that Anthony Weiner’s former sexting partner sold her services via so-called “sugar daddy” Internet sites was not exactly shocking to anyone who has paid attention to the mores and manners of American youth in the past couple of decades.

Popular culture has been so corrupt for so long that many young people are incapable of making any distinction between vice and virtue, categories that sophisticated people are expected to reject as old-fashioned, if not altogether obsolete or, indeed, hatefully oppressive. As for the attitudes of adults, well, they are supposed to strive for eternal youth, to conform both their appearance and their appetites to the fashionable standards prevailing among the most shamelessly adventurous adolescents. Anyone who cares to examine the explicit exchanges between Sydney Leathers and Anthony Weiner will find it difficult to determine which of them was more immature — or more deviant.

“Deviant” is a word we don’t hear much anymore, for the simple reason that its meaning has become invalid or irrelevant or, as any Democrat would say, an expression of hate. America has in recent years gradually lost its vocabulary of moral judgment. “Deviant,” “abnormal,” “perverse,” “immoral” — each of these terms for sexual behavior that is wrong and bad implies the existence of an antonym for what is right and good. Anyone who cares to research the etymology of “deviant” and “perverse,” for example, will find that both of these words suggest a turning away from something. But from what have perverts like Anthony Weiner and deviants like Sydney Leathers turned away? We simply aren’t allowed to say it. Politically correctness forbids us to assert that any form of sexual behavior is more wholesome or more normal than any other. And no one in American public life dares use the word “sin” nowadays.

During the Freudian heyday of the mid-20th century, psychiatry replaced religion as the regnant authority among America’s elite. Once we were taught to think of ourselves as sinners in the hands of an angry God. That was before the Supreme Court and Time magazine vanquished the Lord. God is dead, the journalists told us, and the deceased Deity cannot even be mentioned in public schools. What was formerly called “sin” was redefined as sickness, and condemnation of moral depravity was replaced by a therapeutic sympathy for the helpless sufferers of various psychological “syndromes.” The habitually promiscuous woman, for example, was said to be afflicted with nymphomania. The evocative significance of that term inspired much frustration among young fellows who — eager to provide the supply for the nymphomaniac’s abnormal demand, as an economist might say — discovered such shamelessly insatiable females to be quite rare.

In the decades since the therapeutic sensibility replaced old-fashioned morality, however, shamelessness has apparently become quite commonplace. Sydney Leathers now speaks of her disgust for her erstwhile online boyfriend Anthony Weiner, without expressing any remorse or embarrassment about her own sordid behavior. Our cultural elite expect us to celebrate this degradation as progress, in a society that has entirely abandoned any sense of judgment, decency, or shame.

Nobody cares about “social issues” anymore, we have been told. Democrats have become the Pervert Party, as I observed last week, and Republicans are now the Party That Dare Not Disagree. Morality is no longer a matter of the divine “thou shalt not” that Jehovah declared to the Israelites at Mount Sinai. Nowadays, moral authority is determined by Hollywood, Harvard University and the New York Times. In post-Christian America, we have reverted to a sort of neo-heathenism, depending on guidance from secular wizards and a priestly caste of experts who gaze at poll numbers the way ancient astrologers looked for omens in the stars.

“Poll: 78 Percent of Young Women Approve of Weiner” — well, that headline seemed like a blazing comet, a portent of impending doom. Surely we have not become so corrupt that so many of America’s young women approve of a middle-aged married man sending explicit messages to a girl less than half his age. And thank God, we have not. Click the headline and you learn that this survey was taken by a “sugar daddy” dating site, and the Weiner-approving respondents were the site’s “female clients aged 18-26.” Still, some 18,000 women are reportedly offering their companionship through that site and, if Sydney Leathers is typical of such “clients,” my advice to would-be sugar daddies is caveat emptor.

Sydney bragged to one of her friends, in Facebook messages reported by the London Daily Mail, that one of her sugar daddies paid $1,000 for the privilege of … well, pleasuring her, or at least attempting to do so. She laughed that it was the “easiest job ever,” because she didn’t “have to do anything except pretend I like it.” Of course, she was good at faking it: Sydney Leathers is a Democrat who says she worked as a field organizer for President Obama’s re-election campaign. She is a high-school dropout with multiple tattoos and a marijuana habit who last year had a creditor garnish her wages at an Indiana tanning salon where she worked.

The Obama administration would undoubtedly classify as “tech-sector growth” Sydney Leathers’ employment as an Internet floozy. These are the kind of jobs that make up the economic recovery the White House keeps telling us about, and as for her wages — well, let’s not talk about “the wages of sin,” eh? The New York Times would not approve, and quoting the Bible is now regarded as infringing the civil rights of atheists and perverts. Distinguishing between sin and righteousness is judgmental, intolerant, and oppressive. It might be symptomatic of certain kinds of phobia or possibly even a hate crime

If we can’t call sin by its right name, neither can we be permitted to say it is immoral or deviant for girls to smoke marijuana, cover themselves with tattoos, and sell sex on the Internet to “sugar daddies.” Ask Rush Limbaugh what happens if you describe a typical Democrat girl with old-fashioned words like “slut” or “whore.” Even to say that the behavior of Sydney Leathers and Anthony Weiner was indecent is to imply the existence of some clear standard of decency. Start talking like that, and liberals will denounce you as a puritanical fanatic: You’re crazy, Anthony Weiner is perfectly sane, and don’t dare say a sexist word about Sydney Leathers, you haters!

Welcome to America in 2013. Welcome to the New Abnormal.