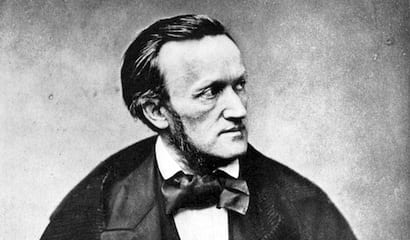 Richard Wagner: A Life In Music

THE JUNE 1980 issue of Esquire asked rhetorically on its cover: “Is anyone in America not writing a screenplay?” Similar queries could be posed about present-day Wagneriana: Is anyone in the world not writing a book on Wagner? According to an oft-quoted statistic, Wagner has inspired more literature than anyone in history save Christ and Napoleon (though if this was ever true, by now Hitler has probably pushed Wagner into fourth place and perhaps Napoleon into third).

Genuinely useful volumes on Wagner do still get printed. The 21st century alone has already seen at least four: Richard Wagner and the Jews, a fresh, scrupulous, underrated appraisal by lawyer Milton Brener; Wagner and Venice, by former University of Wisconsin history professor John W. Barker; Cosima Wagner: The Lady of Bayreuth, by Berlin-based Oliver Hilmes; and—perhaps the most profound of all—Wagner and Philosophy, by Bryan Magee, former English parliamentarian. In such exalted company as these tomes, the new survey by Martin Geck (musicology professor at Dortmund, Germany) disappoints. It is mercifully free from drivel, from the conjecture-masquerading-as-fact Gestalt of several better-known gurus (above all Robert W. Gutman and Barry Millington); but the competition is so tough in this field that mere freedom from conspicuous intellectual vices can no longer be innately deserving of praise. Even the occasional strange verdicts to be found in Professor Geck’s 2012 Schumann biography—for instance, “until Beethoven’s day composition was primarily a craft that required an adherence to traditional rules” (what of Monteverdi and C.P.E. Bach?)—are missing here.

Richard Wagner: A Life in Music benefits from a largely fluent English translation (give or take a few uncouth quasi-Teutonic eccentricities: “poetological,” “psychologisms”). Nevertheless, Professor Geck’s prose abounds in passages that, while they avoid deliberate mystifying, defy ready understanding. A good example is this extract:

In Wagner’s Ur-Höllander, “black” romanticism is taken to such lengths that if the work were to be staged in this spirit all sense of metaphysics would vanish as if into a black hole.

More consistently frustrating is the frequent sense of Wagner himself having been obscured behind a veritable blizzard of secondary sources, usually academics whose names even most experts will not recognize, though unlovely irruptions by such pundits as Theodor Adorno, Jean Baudrillard, and Walter Benjamin also proliferate. The following instance proves typical:

Conversely, Hans Mayer emphasizes the contradictory elements in the makeup of the shoemaker-poet [Hans Sachs, one of the lead characters in Meistersinger] and points out that if we ignore the affirmative ending, Sachs is far from resolving the conflict between craft and art but leads a “romantic double life” in the manner of E.T.A. Hoffmann, with “on the one hand the crude materialism of the empirical and on the other the idealism of the surreal.” Peter Wapnewski sees Hans Sachs as a “skeptical Schopenhauerian sage” and even speaks of him in the same breath as Baudelaire and Stefan George. Dieter Borchmeyer, on the other hand, argues that…

And so forth. If this were a doctoral thesis, Professor Geck would deserve an A for sheer cut-and-paste effort. But in a commercial publication, albeit one from a major academic publisher, it is hard to justify the seeming absence of any desire to synthesize the original material.

The work has incontestable virtues. Professor Geck correctly stresses the absolute centrality of the theater to Wagner’s thinking from his boyhood, and not only has kind words for the early opera Rienzi—which even Ernest Newman, author of the long-standard four-volume Wagner biography, dismissed as “an attack of musical measles”—but also makes a good case for Leubald, the play that Wagner wrote in adolescence. In addition, he shows how slender the rationale is for the widespread recent myths (disseminated by the aforementioned Gutman and Millington) whereby Wagner is supposed to have planned Beckmesser in Meistersinger and Kundry in Parsifal as racially motivated caricatures. “It would have made no sense,” Professor Geck points out, “in the context of the opera to have made Beckmesser—highly regarded in Nuremberg through his office as town clerk—a Jew.…We would be guilty of limiting the role of Beckmesser by seeking to reduce it to anti-Semitic rancor.”

There are further relevant considerations against the belief. Not once did Third Reich powerbrokers promote such readings of Beckmesser and Kundry (Nazism actively regretted Parsifal performances in general, fearing that the piece’s near-pacifist message of renunciation would demoralize audiences). Moreover, it strains credulity to suppose that Wagner, most tirelessly and self-consciously exegetical of artists, would have stayed silent about any anti-Jewish aims with these characters if he had indeed harbored them. The idea that Wagner intended Alberich and Mime in the Ring cycle as parodies of Jewishness has a somewhat longer tradition—Mahler apparently subscribed to the notion of Mime, at least, being such a lampoon—but Wagner left no evidence in his own voluminous writings to support that theory either.

Against these pluses in Professor Geck’s research must be set a surprisingly weak narrative thread, in what is, after all, described in its own subtitle as “A Life in Music.” The process by which Wagner learned that Bavaria’s Ludwig II had decided to become the composer’s deus ex machina is among the most dramatic stories in 19th-century art, but one would never glean as much from Professor Geck’s surprisingly bland allusions to it. Worse, the author feels seemingly obligated to be polite about every form of Regietheater—or, to use a blunter Anglo expression, Eurotrash—which has afflicted stage productions of Wagner’s output in modern times. We are afforded photos (as well as verbal descriptions) of several such productions, including an eminently avoidable 2010 staging of Lohengrin wherein the heroine’s countrymen are all disguised as laboratory rats. Oh how very clever.

IF ACADEMICS OF Professor Geck’s authority could summon up enough courage to treat such narcissistic onanism by culturally illiterate directors with the contempt it deserves, they could accomplish genuine intellectual good; but they choose to do nothing of the sort. We should realize that the so-called Global Financial Crisis, far from discouraging taxpayer subsidies in the E.U. for such productions, has if anything increased them. In Parsifal’s context, Wagner, as Professor Geck reports, vaguely “brooded on the ideal of an ‘invisible theater.’” What he meant by this phrase is uncertain, but he might have envisaged something like the phonograph. Edison produced his first phonographic cylinders in 1877, six years before Wagner died. And indubitably it is a comfort, after the latest witless Regietheater outrage has assaulted one’s optic nerves, to return to such audio-only Wagner recordings as those conducted by Wilhelm Furtwängler, Sir Georg Solti, James Levine, and Daniel Barenboim. That each of these musicians has contributed something in terms of interpretation without duplicating the others is itself enough to confirm the sheer plasticity of Wagner’s muse, the imperviousness of this muse to P.C. reductionism. As for Regietheater’s present-day perpetrators, their claims to trustworthiness can be easily and epigrammatically dismissed in the same words uttered by the Tristan-loving Alban Berg: “when confronted by a precocious anti-Wagnerian, [Berg] retorted: ‘Yes, you can talk like that—you’re not a musician.’”