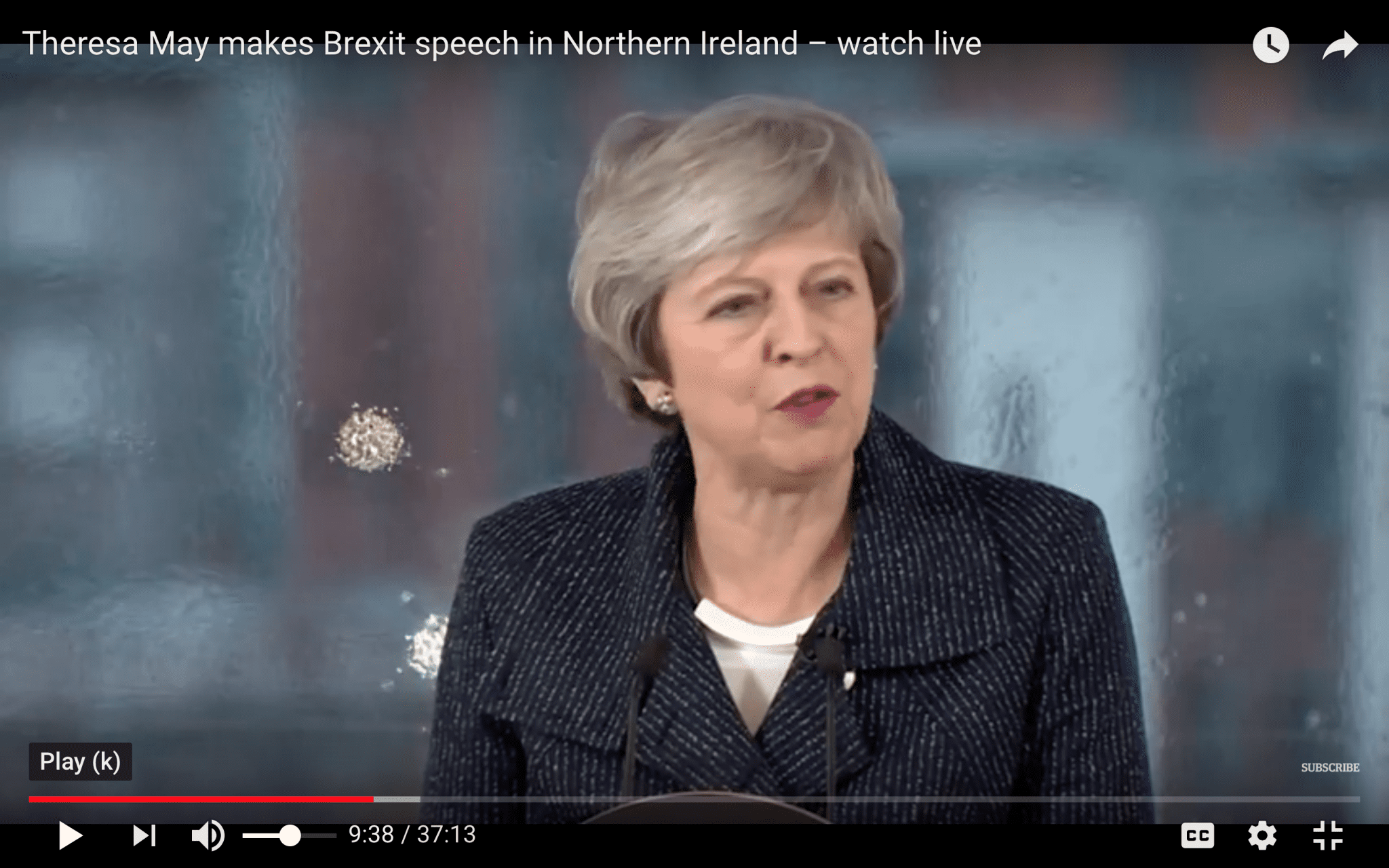 It’s well-nigh impossible to feel sorry for the person who desperately wanted to ascend to the office Winston Churchill held during World War Two at the moment when the principal job of the United Kingdom’s prime minister would be to sever the UK from the European Union. Several others pretended to want the job, but hapless Theresa May got it in 2016 and has since proven herself to be the British version of Jimmy Carter.

Carter is most remembered for incompetence and micromanagement of even the smallest matters. As president, he seized power of the most inconsequential issues, such as scheduling use of the White House tennis court. His failures, which he blamed on America for its malaise, were in the most serious matters such as the 1979 seizure of American hostages by Iranian revolutionaries.

May’s predecessor, David Cameron, held a public referendum on Brexit in 2016. The vote was almost evenly split, with 52% voting to exit the EU. Cameron resigned, May took his place, and on March 29, 2017 invoked Article 50 of the principal EU treaty which allows any member to exit the treaty. Her action started a two-year clock on negotiating a deal to exit the EU. That clock runs out in 32 days.

The EU is, in its most fundamental terms, a trade union providing for duty-free borders across its 28 member nations. But it goes farther. The EU’s laws and regulations preempt those of the member nations on everything the EU has chosen to include in its laws and regulations, ranging from what sausages can be made of to free immigration within most of its nations through the Schengen Agreement. The EU Human Rights laws are the reason that the UK has been unable to deport hundreds of non-citizens who are Muslim radicals and terrorists.

Two facts have made May’s job impossible. First is the 1998 Good Friday Agreement between the UK and Ireland, which made peace among the Irish factions that had been killing each other since the late 1960s. About 3,500 people — most of them civilians — were killed during “The Troubles.”

The Agreement between the UK, of which Northern Ireland is part, and the Irish Republic was one of the greatest achievements of UK prime minister Tony Blair’s government. Blair brought Sinn Fein — speaking for the Irish Republican Army — to the negotiating table and, with the help of U.S. envoy George Mitchell, managed to achieve the historic agreement.

One of the provisions of the Good Friday Agreement required that there would not be a “hard” border between Northern Ireland and Ireland. Ireland isn’t exiting the EU and Northern Ireland, as part of the UK, is. A border between them, controlling immigration and regulating trade, is the necessary result of Brexit.

The other fact making May’s Brexit task difficult, if not impossible, is the EU’s desire to punish the UK for deciding to leave. That creates a dilemma for both the UK and the EU because both want to preserve their trade relations and protect their citizens living within each other’s territory.

May invoked Article 50 without first deciding what goals she would pursue in the negotiations and without a strategy to achieve them. That gave the EU the controlling role.

May, at first, tried to slide by Parliament by invoking some sort of royal privilege to assert that Parliament had no power over the negotiations. That brought Parliament to near revolt and she backed down. Not only because of that, but because May produced a truly awful deal, her power in Parliament is almost nonexistent.

Last month, May finally produced a deal for Parliament to approve. It contained a slew of objectionable provisions which led to a vote that rejected May’s deal by 230 votes, a historic margin of rejection of a major government initiative.

May took several positions on the backstop. She first insisted that it was unacceptable, then that the EU wouldn’t invoke it, and — after her massive defeat in January — that it was part of the only deal that could be negotiated.

May is now frantically seeking some language from the EU to clarify how long the backstop could be in effect. But the EU’s leaders insist that the deal they made cannot be renegotiated. Apparently giving up on changing the deal that had already been rejected by Parliament, May wants “clarifying language” outside the deal that would make the backstop provision politically saleable in the UK Parliament.

She may get that from the EU in a last-minute compromise, but unless that language amends the deal itself it will have no effect whatever. To obtain any change to the deal itself would require agreement of all 27 other EU members. That cannot be done in the next 32 days, if at all.

If May were a competent leader, she would have already begun secret talks with the leaders of Northern Ireland — the Democratic Unionist Party on which she depends for her ephemeral parliamentary majority — and the Irish Republic to negotiate a border compromise acceptable to both under the Good Friday Agreement. There is no evidence that she has done so.

Over the weekend, May promised that she would bring a final deal to a parliamentary vote on or before March 12. That reduces the 32-day deadline to 15 days.

May’s fading ability to hold her government together will suffer another blow this week when a vote in Parliament will be held on whether to block a “no-deal” Brexit and delay the effect of her invocation of the Article 50 exit provision. Three of her ministers are reportedly to defect from her opposition to the coming motion, but May has said she wouldn’t expel them from her cabinet over that defection.

There is a significant minority of UK parliamentarians who want to hold another referendum, hoping that the results of Cameron’s referendum would be reversed and that the UK would remain in the EU. May, who voted to remain in the Cameron referendum is — secretly — probably one of them. But to delay the March 29 deadline would — like any revisions to the awful deal May made — require unanimous EU approval.

Whether or not the motion on a no-deal Brexit and attempt to delay the March 29 deadline succeeds, May will almost certainly fail to get her deal — revised or not — approved on March 12. The most likely result is that on March 29 the UK will exit the EU without a deal. May’s government will probably fall a week or two later.

The impact of a no-deal Brexit will shake the foundations of the UK.

The prosperity of the Irish Republic’s economy, which has been called “the Celtic Tiger,” is still growing. Last year, GDP reportedly rose by almost nine percent. It is Northern Ireland’s biggest trading partner, and whatever border between them is the result of a no-deal Brexit will anger many on both sides of it.

There are probably enough hotheads in Northern Ireland to reignite a high-profile terror campaign for independence from the UK, but after twenty years of the Good Friday Agreement peace, it’s unlikely that there is enough popular support to re-create “The Troubles” without support from foreign terrorist networks.

Scotland’s biggest trading partner is the UK. But Scotland — which by 62% voted to remain in the EU — will also rebel. A no-deal Brexit will also give considerable momentum to the Scottish independence movement. But the effect of a no-deal Brexit means that the UK, including Scotland, will revert to the World Trade Organization’s rules on trade which are advantageous to both the EU and UK. Because of that, and unlike the Irish, the Scots will soon be assuaged.

In sum, Theresa May’s impersonation of Jimmy Carter won’t result in the breakup of the United Kingdom. Her legacy — like Carter’s — will be a period of anger and instability that the Brits, Scots, and Irish will manage to muddle through.