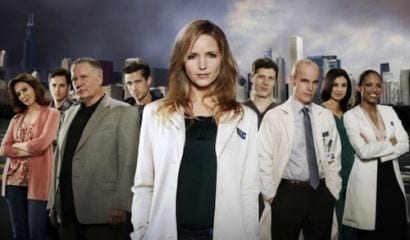 When I began writing about the menace of increased federal involvement in our medical delivery system, I was surprised to discover that some doctors actually supported it. These misguided medicos represented only a small minority of practicing physicians, and most were profoundly ignorant about health care economics, but the “M.D.” following their names provided them with a façade of credibility. A number of these people took advantage of their illusory expertise in health care policy to launch blogs which they used to promote their notions of “health reform” and extol the virtues of government-run health care in general.

Among them was an ER physician who writes under the nom de plume “Shadowfax.” This particular “docblogger” stands out in my memory because he was peculiarly uninformed about the nuances of the issue and yet utterly dismissive of anyone, including other physicians, who attempted to make him understand that he would one day regret advocating an increased government role in medicine. I occasionally crossed swords with him myself, but it was an exercise in futility. Like most soi disant progressives, this self-satisfied sawbones couldn’t imagine that he might be on the wrong side of this or any other issue.

This unshakable belief in his own infallibility regarding government-administered health care was partly due to his hopelessly naïve view of Medicare, which he called “the most successful government program ever.” Never mind that this “success” had produced a $38 trillion unfunded liability, it was somehow “more efficient than private insurance.” Imagine my surprise, then, when I looked at the byline for this scathing piece bemoaning the depredations of that very program. The outraged author of “Medicare made the rules and now punishes doctors for following them” is none other than the redoubtable Shadowfax.

I haven’t read his blog for a while, but it would appear that the virtues of government-run health care have begun to pall for the good doctor. He has finally discovered what I and others told him years ago: Medicare rules are, as he apparently now realizes, “arbitrary and disconnected from reality.” He has also noticed that, when a physician runs afoul of these bureaucratic vagaries, the government is the judge, jury, and executioner. The immediate cause of his disillusionment is Medicare’s trick of performing a superficial audit of a doctor’s billing practices and, based on a hopelessly flawed statistical sampling method, accuses him of fraud.

Shadowfax querulously explains: “You get a letter from the Medicare … telling you that you’ve been reviewed, found guilty of upcoding, and this finding, based on a handful of charts, is extrapolated back several years.” The term “upcoding” is industry jargon indicating that a provider has submitted a claim using codes that produce inappropriately high payment. It’s rarely done deliberately, assuming it has actually occurred, but that doesn’t matter. “The result is a large demand for reparations, usually in the mid-to-high six figures. The physician group can either write a check or lawyer up and argue it chart by chart.”

Although physicians have been spared this kind of skullduggery until recently, hospitals have been enduring it for years, and the amounts involved are much larger. Moreover, as Shadowfax suggests, it’s a no win situation. Because Medicare uses a sampling method that makes a mockery of statistical analysis, its refund demands are often unjustified. But huge expenses are required to prove that. Either way, a lot of money disappears from the bank account of the hospital. And it gets worse. The recent “fiscal cliff” deal changed the rule so that Medicare can now demand refunds for “overpayments” made as far back as 5 years ago.

The most ironic feature of this program is that it proves our Beltway masters intend to do what Shadowfax and other advocates of government-run health care claimed they would never do — tell doctors how to practice medicine: “Medicare is … reviewing charts and claiming that the physicians are fraudulently upcoding because we are documenting complete Reviews of Systems when they were not … medically necessary.” In other words, the ultimate arbiter of medical necessity is no longer your doctor. This program means that the medical need for an examination, test, or procedure is retroactively determined by the government.

And “medical necessity” is the number one target in these retroactive chart audits. Why? Because, ultimately, the need to order a test or perform a procedure is a judgment call. Thus, it is easy for someone far removed from the situation, years later, to read a medical chart and claim that some feature of your doctor’s orders or documentation fails to conform with government standards. And these retroactive determinations are not made by brain surgeons. Most of the audits are carried out by nurses under the loose supervision of a “medical director,” usually some M.D. who finished medical school at the bottom of his class.

But that’s what you get when you let bureaucrats and politicians make the rules. Now Shadowfax whines, “What I hate about this is the underlying dishonesty.… If there’s an argument to be made that physicians are paid too much, then let’s have that debate on its merits. But the attempt to save money by harassing physicians and exploiting the contradictions within the rules that the government itself wrote is beyond maddening.” Well, dude, this is what you advocated for years. Government-run health care is — by its nature — dishonest, coercive, and corrupt. Now you, along with those of us to whom you refused to listen, are stuck with it.