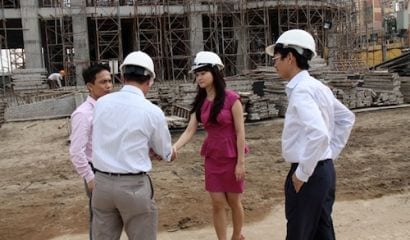 There is something about communist Asian nations that encourages their political elite to exploit the advantages their party status affords them — contrary to the repeatedly claimed equality of their political philosophy. A typical case of special treatment for the princes and princesses of communist Vietnam was most fashionably displayed last spring by the attractive 25-year-old daughter of a member of the country’s politburo. Wearing a pink near-thigh length dress with matching high heeled shoes, To Linh Huong toured a construction project in her role as the recently appointed head of a state building enterprise. Her principal qualification for the job was the hard hat she wore most splendidly.

This absurd sense of privilege that used to be a major complaint against the often corrupt South Vietnamese government — and a constant theme of the anti-war left in the U.S. — is now part and parcel of the new communist ruling class in today’s “democratic” Vietnam. It seems that except for the Spartan period of Ho Chi Minh’s authoritarian wartime rule, the leadership class of Vietnam’s triumphant communist power cadre has outdone in “capitalist” excess the defeated South Vietnamese bureaucrats and politicians.

The power of the communist elite is such that Prime Minister Nguyen Tan Dung, who presided over the collapse of various state-owned companies in his first term, was given another five-year term in 2011. His daughter and sons have been particularly successful in the private sector as well as the state-run enterprises. It seems that there is something in these heirs of the revolutionary greats that drives them to the nepotism and slick business practices that were the worst aspects of Saigon’s late unbridled effort to accrue wealth.

At the same time that scandals and outright criminality in state-run corporations plague Hanoi’s governance, the worst aspects of Vietnamese communism remain active. In its political paranoia, Vietnam’s judiciary and security community remains convinced that any dissenting voices in the population must be part of some externally directed cabal. As was the case in the North going back all the way to the 1954 Geneva Accords and the original division of the country along the 17th parallel, the Roman Catholic Church is seen as a source of much anti-government dissent. It’s a very convenient charge as organized Christianity in all forms is viewed as intrinsically anti-communist and thus a continuing enemy of Vietnam.

Of various Vietnamese groups in exile, Viet Tan is considered one of the most aggressive when it comes to building support for what the authorities call political dissidence. Human Rights groups defend activists supposedly associated with the exile organization as interested only in “community improvement.” The government sees these mostly Catholic adherents of Viet Tan as working toward attempting to encourage revolt against Vietnam’s lawful policies. Thirteen activists were jailed recently for up to 13 years on charges of spreading propaganda aimed at undermining the state.

The official preoccupation with perceived anti-government activity runs directly counter to its apparent disregard of the abuse of privilege by Communist Party members and their families. Another characteristic of the vast gap between the poor and the wealthy is the discrepancy of living standards in urban and rural Vietnamese communities. Despite more than a decade of highly stimulated financial and industrial growth, the farmers of the countryside — still the majority of the population — remain in their traditional peasant environment. There is little or no chance for ordinary farm families to rise up in a society that firmly continues to exclude them from the advantages of advanced education and other social services. These seemingly are a limited prerogative of the politically acceptable, more sophisticated, party members.

The reality is that the communist governance of Vietnam carries with it the same sense of special privilege for the party elite, its family members, and close friends as did the similar class in the Soviet Union and is continuing in China today. The veneer of private enterprise that the West — and the United States in particular — seeks to extol in contemporary Vietnam provides no bridge to overcoming class distinction between the poor and rich, the disadvantaged and the advantaged. The leadership in Hanoi may make use of recent self-criticism to pretend to show its awareness of the socio-economic discrepancies, but this is nothing more than a replay of early Maoist theological self-flagellation. It is pure propaganda that will not be believable until the rigid political regimentation ends.

Unfortunately Vietnamese communism does not allow for any such change, at least in a peaceful manner. Perhaps the entire issue was best summed up in 1981 by then prime minister, Pham Van Dong, himself an old and trusted associate of the late Ho Chi Minh. Pham told the author, Stanley Karnow: “You know, waging a war is simple, but running a country is very difficult.” As Vietnam slides backward today, one wonders what Pham Van Dong would say. Uncle Ho would certainly be furious.