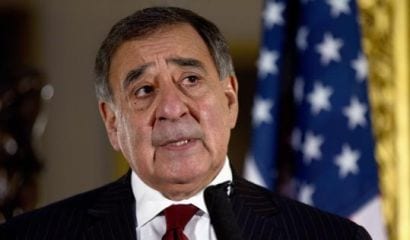 In one of his last acts as Secretary of Defense, Leon Panetta today will revoke the last of the policies that prevent women from serving in combat arms.

Make no mistake about it: this action isn’t about civil rights, equal opportunity, or any of the laudable things America has done in the past fifty years to remove false barriers within the military. This is different. It’s a purely political act that will make our military — and the military families liberals claim to venerate — much weaker than they are today.

Panetta is acting in response to feminists’ demands that women be able to serve in any capacity men do because they will be denied promotion to the higher ranks if they lack combat experience. It’s true that there is a huge number of women of flag rank among the services, some at the top four-star rank. But there surely is a “glass ceiling” in the combat arms that women haven’t broken through.

The problem with this statement of the issue is that the military “glass ceiling” is streaked with blood. If women are to be warriors — and thus earn the right to command other warriors — they have to train like men, live like men, and be able to survive the intense dangers of the modern battlefield as many men do. If they don’t, they cannot gain the respect and admiration that commanders of warriors must have to be effective. Should they be permitted to do that?

There are two components to the question. First and foremost is whether the presence of women will add to or detract from the readiness and capability of the unit to perform its mission. The second is a moral question: Will having women serve in harm’s way benefit our military and society at large?

The question of benefit to society has been mooted politically. To even suggest that women are different from men in important ways — such as the instincts for motherhood and nurturing — is to be outside the realm of permissible political thought. To ask whether those natural instincts should be subordinated to the skills of war is unthinkable, at least to those who want to “gender neutralize” the military.

So we are left with the first question, which has to be answered with a resounding “no.”

Even the Clinton administration had sense enough to keep women out of most of the combat arms. In 1991, legislation lifted the historic ban on American women serving in combat. Congress, under pressure from feminists, declared that women should be able to serve on combat ships and in combat aircraft and told the Defense Department to come up with a scheme to implement it and other criteria for women in combat.

In 1993, Clinton Defense Secretary Les Aspin promulgated DoD policy that allowed women to serve in all but a few categories. First, from assignments at lower than brigade level in units whose principal purpose was combat. Next, where the cost of providing women privacy (in berthing on ships, for example) was prohibitive. In addition, they could be prohibited from serving in units co-located with combat units.

Women were barred, under Aspin’s policy, from long-range reconnaissance and special forces and where job-related physical requirements would necessarily exclude the vast majority of women. Note that all women were barred: there was no exception made for those few who could meet the tough physical and mental standards it takes to qualify for spec ops.

Over the intervening twenty years, women have served in more and more combat roles. They serve as fighter pilots in the Navy and Air Force, and were aboard every Navy warship except submarines until, just a little over a year ago, they were allowed to serve on subs as well. The Army has gradually — and in contravention of Aspin’s directives — allowed women into more and more combat roles.

Panetta’s action will probably complete the destruction of the warrior culture on which the success of our military depends. That culture, developed over the past two thousand years or so, is not uniquely American but our brand of it is. Our warriors take pride in what they do because they do it for America and because they do it better than anyone else. Thus, one of the most important parts of that culture is the objective standards someone has to meet to qualify to join the combat arms.

Every Marine in a rifle platoon, every pilot in a squadron, every special operator has had to meet the standards set for all the others. At least they did until the services began to cave under political pressure to enable women to join combat units.

Perhaps the worst example is what happened to the Navy after the 1990 “Tailhook Convention” scandal in which naval aviators acted like, well, every fighter pilot who ever lived. They drank too much and did dumb things such as publicly shaving the legs of some too-willing ladies they’d invited. It was a frat party worthy of Animal House, but no worse.

Liberals — led by California’s Babsy Boxer and a few others — raised a media feeding frenzy and the Navy’s pusillanimous leaders caved in to their demands. The result was that the Navy let its standards slip in order to shove women into combat roles. Lt. Kara Hultgreen was pushed through training and certified for combat, the first female naval aviator to reach that qualification. But she was certified despite the fact that her superiors knew she wasn’t ready. Hultgreen was killed when she lost control of her aircraft attempting to land on the USS Abraham Lincoln in 1994. The Navy learned its lesson, and its standards were restored.

Eleven years ago I wrote about the danger of “gender neutralizing” the objective tests for entry into combat arms. That article reported on a British Ministry of Defence study authored by Brigadier Seymour Monroe. In that study, Monroe reported that when the British were trying to fit women into combat roles, they “gender neutralized” — i.e., lowered — their standards so that women who couldn’t qualify under the men’s standards did so under their own.

Who can doubt that the Obama Pentagon will do exactly the same? Why should the men accept anyone — woman or man — who can’t make the same grade they did? They shouldn’t, and they won’t. It will destroy unit cohesion and pride.

That is the principal objection to what the Obama Pentagon is up to. And it will have two effects, both of which are a threat to our national security.

First, by pushing standards down to enable women to qualify, Obama’s Pentagon will reduce the units’ ability to fight. Our guys — and I use the term with malice aforethought — win because they’re better trained and more capable than the enemy. Whenever you reduce the qualifications, you reduce the level of capability and the unit’s ability to win. To lower standards is to increase the risk of defeat.

Second, whether or not standards are relaxed, allowing women into combat arms will break the spirit of many of our warriors whether they be ground pounders, airmen, or sailors.

Our guys do what they do — and do it so well — in part because they’re guys who are members of the most exclusive club in the world: the warriors, the real 1%’ers. Their club’s membership has been 100% men since before Thermopylae. These men understand that they are different — mentally and physically — from women and want to stay that way. They have wives and girlfriends at home. They don’t have them as fellow warriors who they train and fight alongside.

To put women among them would force them to break with their ancient customs, traditions, and beliefs. In short, it would fundamentally change what they are and how they function in combat. The price will be paid in resignations, in declining re-enlistments, and in lives and battles lost.

There’s one more aspect to this, which is the strain Panetta’s act will put on military families. When he decided to allow women to serve on submarines, a lot of Navy wives were really angry. They know their men, and they know that our elite submarine force would become a fleet of submersible Love Boats, and, in too many instances, they have.

What higher price will more military families pay when women are allowed into the rest of the combat arms, serving in remote places in tough conditions with the men beside them?

Panetta’s decision has to be stopped by House Republicans. They can do it if they bar the use of any authorized or appropriated funds for DoD to implement the Panetta policy, a provision that should be in every bill they pass until it becomes law. If they don’t, we should throw the lot of them out.

That’s so short and clear that not even the House can muck it up. Or maybe I’m giving them too much credit.