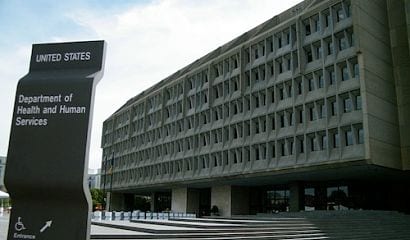 Stung by the backlash to his HHS mandate, Obama hastily proposed a “revision” to it last February. The revision amounted to an accounting trick that would theoretically shift contraceptive and abortifacient costs from objecting religious employers to their hapless insurers. Obama cast this magical thinking as a neat resolution to his political problem. It at once upheld a right to religious freedom and a right to free contraceptives, he insisted: “Religious liberty will be protected and a law that requires free preventative care will not discriminate against women.”

He had promised feminists that he wasn’t going to let the religious impede this new right. Would he defend it at all costs? “Darn tootin,” he replied to one of them at a rally in 2011.

Last week Obama’s HHS gave more definition to his proposed revision in an 80-page catalogue of regulatory contortions, all of which are intended to uphold a right to free contraceptives, even for the employees of most church-affiliated groups. The policy is described as a concession to the religious, but it is sure to operate more like a corrupt partnership with them. At best it keeps the outside of the cup clean while leaving the dirt inside to collect.

A barometer of the policy’s bogusness is the enthusiasm with which Planned Parenthood and company greeted the “sensible compromise.” Even Sandra Fluke approved, accepting the magical payment arrangement as an unimportant distinction without a difference. The key to these groups is that HHS locks in place a federal right to free contraceptives. “This policy makes it clear that your boss does not get to decide whether you can have birth control,” read the statement from Planned Parenthood, working hard as usual to twist non-participation into a form of sinister oppression.

The revision, far from respecting religious employers, draws them into a cynical arrangement: Obama will pretend to respect their religious objections if they pretend to ignore his corrupting of their employees and fleecing of insurance companies. After all, shifting costs from employers to insurers is nothing more than government-supervised theft, a shell game that Obama now tempts religious groups to play alongside him.

This is an insidious offer, designed to turn the religious into stooges for his secularism, stooges who earn their narrow privileges through passive complicity in unjust state fiats. “Sure, go ahead and bill our insurers for free contraceptives and abortifacients” is hardly an honest or pious stance for church officials to take. If that is a triumph for religious freedom, it is an exceedingly sad and illusory one, as it rests upon new violations of freedom, not to mention indifference to the mandate’s overall hostility to conscience rights under the First Amendment (groups and individuals deemed non-religious under the revision still pay directly for contraceptive costs whether they like it or not).

Forcing an insurance company to provide a product for free is baldly unconstitutional. But Obama, having already lost many of the HHS cases, figures that is an easier legal hill to climb than preserving the original mandate. Insurance companies are so cowed by the federal government that they offered only murmuring replies to the news of the more definitive revision. They need to “study” this “unprecedented” policy. No doubt many of these companies are wondering how the costs of setting up a separate free-contraceptives program for church-affiliated groups, some of which are run by celibates, will pay for themselves under the Sebelius model: “The reduction in the number of pregnancies compensates for cost of contraception,” the HHS secretary casually told Congress last year.

Obama’s contention that religious freedom and a federally-backed right to free contraception can seamlessly coexist should offend even the least skeptical. His claim rests upon the fantasy that insurance companies won’t find some way to pass the costs of free contraceptives on to religious groups through higher fees. It also assumes that religious groups have no legitimate grounds to object to enrolling its employees in a free-contraceptives program, as if that level of involvement in the scheme doesn’t itself compromise them. But of course it does. They are still required to expedite access to insurance that treats contraceptives and abortifacients as “essential” care. That they are nominally freed from paying for it doesn’t eliminate all moral concerns.

The terminology of Obamacare remains relentlessly Orwellian. Under it, one and all must accept the official lies that obvious costs count as “free services,” disabling functioning parts of the body constitutes “basic health care,” and blameless assertions of freedom under the First Amendment are “discriminatory.” Those who refuse to bow to these oppressive lies, according to the federal government, are the real oppressors, the “boss” who stands athwart his employees’ freedoms. The goal is to propagandize the people so deeply that out of a petrified gratitude they will trade their freedom for the latest Faustian bargain.