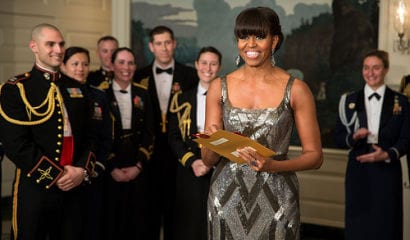 Sunday
I am not quite sure who Seth McFarlane is, but he must be important, because he was the host of the Oscars show last night. He managed to be the most offensive host I have ever seen on an awards show. He looks sane, but there is something wrong with him, or maybe it’s that the producers asked the writers to be really offensive, and the writers produced offensive material, and Seth McFarlane just blithely read it.

But herewith some of his bons mots:

He mentioned various actors who had played Abraham Lincoln — Raymond Massey, Daniel Day-Lewis — and then he added, “But the only actor who ever really got inside the brain of Lincoln was John Wilkes Booth.”

What the hell was that? A sick, evil joke about the murder of Abraham Lincoln on a network TV show? We have really gone way down into the toilet bowl of humor.

Roughly at the same time, the host said that some charity for college students at the Motion Picture Academy was a great idea: drunk producers and “college co-eds.” I thought we didn’t say “co-eds” any longer because it insults women.

But then the charming host brought out an actress who played a vicious alcoholic and said that was what he aspired to be. What? Do the writers think alcoholism is funny?

Then the host introduced some performers and said they were being brought out in case anyone didn’t think the show was “gay enough” already. I had no idea that Richard Gere, Queen Latifah, Renee Zellweger, and Catherine Zeta-Jones, the actors Mr. McFarlane introduced were gay, but if they are, I am not sure it’s Mr McFarlane’s duty to mock them and “out” them on national TV. If they are not gay, then why call them gay?

But the ultimate was the end of the show, in which Mrs. Obama, live from the White House, wearing what looked like a large roll of aluminum foil, stood with a bunch of military aides in dress uniforms announcing Best Picture. I always like to see the military honored — and rightly so. But the sight of so much military around the First Lady, who holds no official post, smacks of Evita Peron.

However, Mrs. Obama, who apparently never had a happy day until her husband ran for President, was obviously enjoying herself immensely, so, it’s all fine. It does make clear, though, that even being President is a step or two under being a big power in Hollywood. What do First Ladies aspire to? Why, Hollywood, of course. My wife tells me Mrs. Obama was on a show on Saturday doing some kind of dance. She said she was not impressed.

Well, my own idiot fault for watching the Oscars in the first place . It’s never good. Too much ego in one room. Tonight, the Obama ego and the Hollywood ego. I thought my TV would melt. And what’s all this whining about the sequester and people being laid off? Let them eat red carpet.

Meanwhile, let me tell you something. As any reader of my little column knows, our son has been a major challenge to me over the past 25 years. He’s handsome and smart, but he’s also incredibly difficult to wake up for school, sarcastic, thinks he knows it all, and orders way too much food at restaurants and that’s just the tiniest start.

But do you know, he and his staggeringly beautiful wife and their daughter, Coco, and their dog, Buglet, left to move to the world’s most charming town, Greenville, South Carolina, yesterday, and I can hardly stand it. He’s not going to be walking in the door at midnight asking for money. He’s not going to be showing up at 7 a.m. wanting me to take him to the car dealer. He’s not going to need me to referee fights between him and his wife. He’s gone. When I asked him how long he thought he would be gone, he said straightforwardly, “For good.” I thought I would pass out.

And I cannot look at a picture of him now without tears coming to my eyes.

“Empty nesters.” Now, there is a sad phrase.