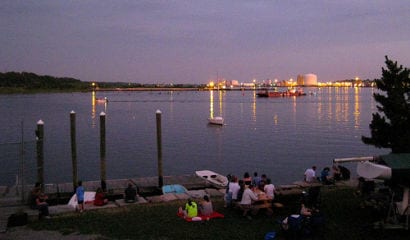 Most Americans probably know very little about Rhode Island beyond the fact that it is at the wrong end of an awful lot of national economic and civic rankings.

Residents of the state who’ve sought some explanation for its willful decline inevitably come across the concept of “Rhode-apathy.” Under the thralls of what force would a state’s electorate allow its deteriorating condition to persist — indeed, to advance — year after year?

The answer has something to do with this: Some 16 percent or more of the state’s working population is employed by a state or local government. Add in their retired former coworkers, as well as their immediate families and close friends. Around 20 percent of the overall population relies on government for direct handouts, with the attendant industry for processing those transactions.

Then we have the academics and wealthy liberals for whom government is more of a religion than a service provider, as a means both to supply meaning for existence and to perform charitable works. Conducting the Masses is the priestly class of political insiders, almost all Democrats.

And the rest? Well the better part of the remaining population is beguiled by the strange condition mentioned above. Rhode-apathy is a mysterious mixture of resignation and affection. The Ocean State’s various assets — the geographic, historical, and cultural components of its high “quality of life” — have given the powers of corruption and incompetence room to impose a premium for living here.

Still, working and middle-class Rhode Islanders with aspirations for upward mobility have no choice but to measure bad government’s cost not just in higher taxes, but also in lost opportunities.  As that premium climbs, apathy transforms into hopelessness, and another family up and leaves.

According to migration statistics available from the Internal Revenue Service, Rhode Island lost nearly 25,000 taxpayers from 2003 to 2010.

That’s after subtracting those who’ve moved into the state, and it’s based on a population of around a million people.

As that stark trend has worsened, Rhode-apathy has seemed an increasingly inadequate explanation, and during the last election cycle, as the electoral tide continued to drag out Rhode Island’s solvency, a more powerful emotion became apparent: fear.

Such fear may have led Rhode Island’s treasurer, legislature, and governor to enact a reform of the state’s pension system in the face of labor-union opposition, but a more potent terror kept many important constituencies in the shadows. During a high-profile event discussing economic development last autumn, a businessman across the table from me explained that he’d been one of just a few of his peers to testify in favor of pension reform. Shortly thereafter, a website appeared focusing on harming his business.

The business community isn’t the only check on government power that’s been cowed in Rhode Island. A conservative news and commentary site for which I work, OceanStateCurrent.com, recently offered a young journalist a regular freelance opportunity at a very competitive rate of pay. The one catch was that his name must appear on the articles, and that was a step too far. It appears that union leaders and other insiders who are entrenched in boards, initiatives, and agencies at every level across government had only just begun responding to the journalist’s calls, having suspected his political leanings. For the journalist to be identified by his own name would be fatal. His calls would go unanswered again.

The fear permeates to the local level too. It’s long been a standard political strategy for school districts to threaten to close schools and cancel extracurricular activities if voters don’t keep the money growing. When my town still had its old-style New England financial town meeting to approve budgets, teachers and school administrators would sit in the bleachers of the gymnasium and glare at their students’ parents during hand votes.

One year, after a one-decade doubling of the tax burden, I explained that the latest requested tax increase was equivalent to what I had recently spent on Christmas presents for my children.  The red-faced principal of the high school caught my eye as he joined the chorus jeering at me.

So it isn’t surprising that it’s become a regular election-season experience for my political allies to have parents and students approach us with intelligence about some way that the school department is illicitly leveraging its access to children for political advantage. And perhaps it also isn’t surprising that none of the parents are ever willing to step into the public spotlight with their information. They fear reprisals against their children.

Take this as a warning, America, from a state where the dusk of economic and civic decline is quickly turning into night: A government that is deeply entwined with our lives creates natural constituencies whose self-interest is always served by demanding more from government, but it also creates deep and intricate pressure points for everybody else.

Why would a parent want to make her child a target in a government-run school just to defend abstract civic principles and halt ratcheting tax rates? Why would a journalist risk his sources within government when everything that is newsworthy occurs in proximity to it? Why would a businessperson offer technical expertise for pulling government budgets back from the brink when doing so invites attacks on his own bottom line?

When such things happen within a state, there’s always the option of leaving. After all, the quality of life is only high for those who can afford it. Still, let’s hope the federal government doesn’t go down the same path as Rhode Island. It’s easier, after all, to become an ex-Rhode Islander than an ex-American.