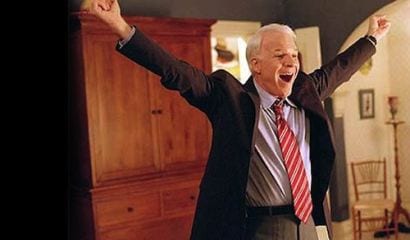 So much is said about the decline of the nuclear family and so little about how and why and what to do about it that when objective data on the subject surfaces, it’s worthwhile to take note. Sure there are overworked mothers and absent fathers but what about working mothers who are distracted and present fathers who are overlooked? That’s one of the many fascinating observations made in a forthcoming book Fast-Forward Family, from which an excerpt was posted last week at the Atlantic online. The book was edited by two professors and is based on data collected by a team of UCLA researchers who, between 2001 and 2004, tracked the lives of 32 dual-earning middle-class families living in Los Angeles. There’s surprising and predictable news in the research — as well as an easier-said-than-done solution.

The study’s narrow focus is helpful. Researchers zeroed in on the reception mothers and fathers give each other and receive from their children within the first two minutes of coming home from work and whether gender played a role. They observed via recorded video the “[s]eemingly trivial behaviors like greeting or noticing a returning family member” and, after three years, found that such behavior “turn[s] out to be consequential for opening lines of communication and nourishing parent-child and couple relationships.”

In this sample, working mothers arrived home earlier than fathers over half of the time — fathers typically worked two hours longer — and were usually in contact with their children first. The good news: Despite this, and contrary to media stereotypes — or heck, even the accounts of my own girlfriends  — over half of the time, husbands and wives generally greeted each other “positively” or in an affectionate way.

However, the good news ends there. While the study showed husbands were distracted some of the time when their wives returned from work after them, wives were distracted on almost half of the occasions that their husbands returned home. Money quote:

Wives were not oblivious to their husbands’ arrival. Rather, they were usually caught up in a swirl of tasks […] that precluded giving their husbands their full attention…Preoccupation with housework and childcare and the later hour of fathers’ arrival home cannot fully account for these observed levels of distraction, however. It takes only a few seconds to turn one’s attention away from what one is doing to greet a returning partner, and fathers frequently were not granted even the briefest whiff of recognition.

As if modeling themselves on their mother, “children welcomed returning fathers differently from [how they welcomed] mothers on their arriving home from work.” Kids welcomed dads with positive behaviors (hugging etc.) in only 44 percent of the homecomings, compared to 59 percent of the homecomings of their mothers. “[W]hile mothers were frequently ignored, fathers were characteristically ignored by at least one of their children.”  The mother’s example can’t totally be blamed. Even the researchers thought dad’s longer hours — which gave children time to be preoccupied with other things — could play a role. Though dads received a positive reaction from at least one child every time he returned home, it wasn’t enough. It may surprise some to learn the lack of these small greetings mattered a lot: both parents savored positive contact with their kids and were let down when they were ignored.

I was even more astonished — and saddened — to realize researchers found a distracted child or spouse within those first 120 seconds home “set the tone of subsequent interactions throughout the evening. Positive greetings gave way to smooth, rewarding social exchanges, while distraction disappointed the returning parent, which may have contributed to fathers spending less time with other family members on weekday evenings.”

How many nights, upon my husband’s arrival home, have I or my children given him a quick nod as we might the UPS delivery person dropping off an expected package? Who knew, “Honey I’m home!” pivoted so much on the axis of healthy child-parent, husband-wife behaviors? I should have known. As a child I relished the return of my Dad from work — and showed it with zeal — from the time I can remember to Christmas breaks home from college.

To be sure, our hyper-connected world enables a level of distraction with which previous generations of families didn’t feel compelled to compete. The study concluded: “Some parents may have reconciled themselves to the disappointment of being ignored or being a secondary concern of their children or spouses when they walked through the door at the end of the day…[which] can adversely affect the quality of family relationships.” What a shame to negatively affect my relationship with my husband, and my children with their Dad, because we were too “busy” or “distracted.” Surely two minutes of attention is worth it for an entire evening of happiness.