by Melissa Mackenzie
Speaker of the House Nancy Pelosi speaks at the U.S. Capitol on September 28, 2021. (Nancy Pelosi/Youtube) 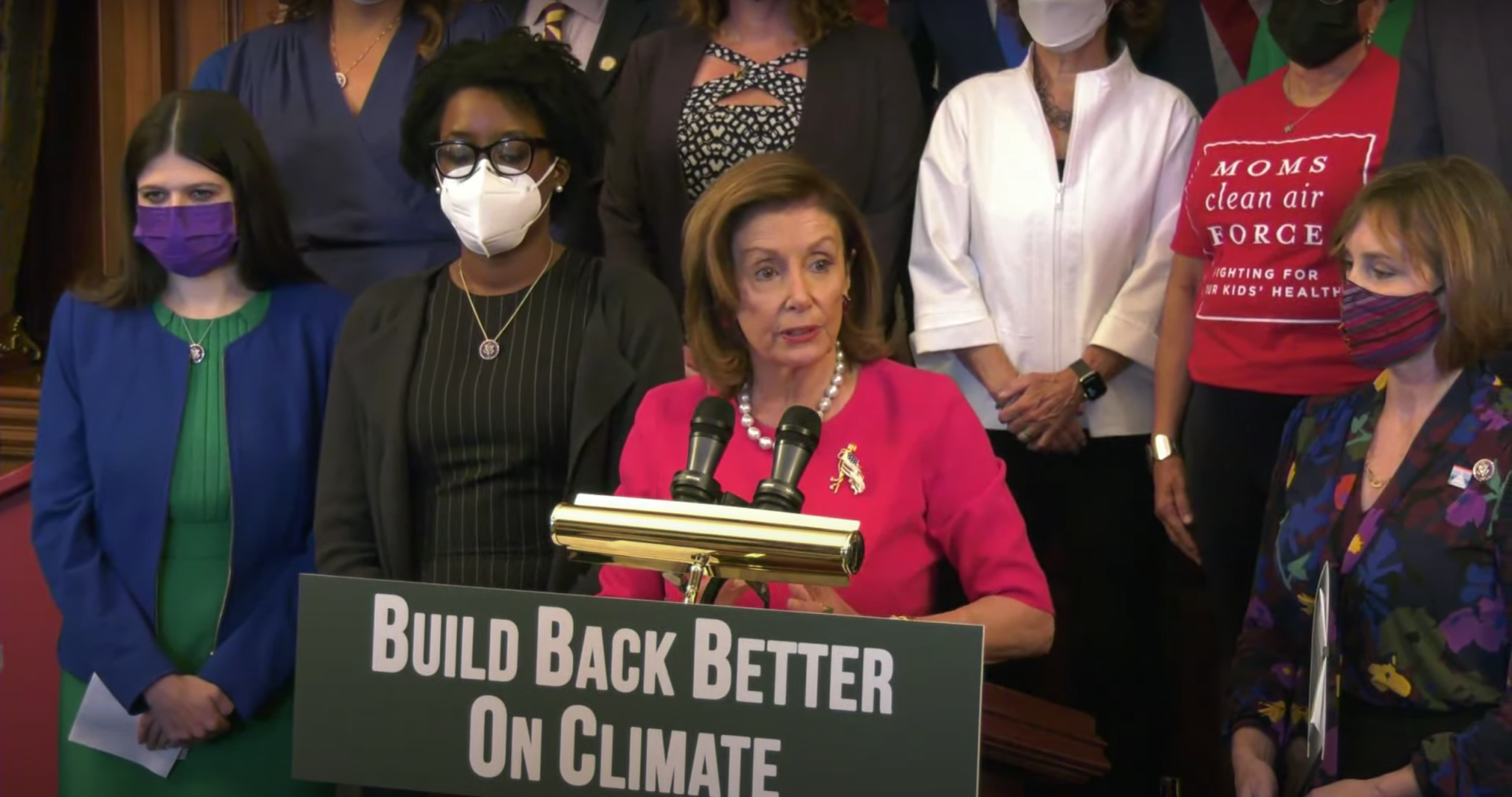 The tax increases in the bill? That won’t make companies increase costs to consumers, no sirree. Just ask Jen Psaki:

Jen Psaki: It’s “unfair and absurd” that companies would increase costs for consumers in response to us taxing them more. 😳 pic.twitter.com/rHilrYdj4j

I almost cannot believe the insanity of what she’s saying. Then again, I can believe it. From Biden on down, Biden administration officials are academics and communists (but I repeat myself) and do not understand how human nature or business works. It’s beyond their ken.

Obviously, businesses who must turn a profit will increase prices to compensate for increased costs. They have to in order to pay their employees and other costs of doing business. Why be in business if they don’t make money? America is in the grip of inflation already. The global supply chain is choking various places (but mostly China) and so the costs of goods are increasing. What will happen when these businesses are taxed more? Their prices will go up. What will that produce? More inflation.

When another huge influx of fiat money floods the economic system, further devaluing the dollar, there will be even more inflation.

What will happen? Poor people will be priced out of things like cars to drive to work and also gas to fill their tanks if they can afford a car. Heating homes will be unbelievably expensive if Americans can even afford a home. Renters are at the mercy of landlords who are kicking out people who won’t get vaccinated. Renters must come up with months of rent so that landlords have a cushion if their renters decide not to pay because the government says they don’t have to. The government incentives that punished landlords and allowed people to live rent-free are now turning. Poor people will be homeless in the crossfire.

This cycle of insane financing is akin to putting piles of money in front of a fan and turning it on high. It will cause chaos in the marketplace and hysteria and wrong incentives everywhere. When people end up getting trampled and bloodied, Democrats will be mystified as to why that’s happening.

Here’s the nasty little secret: The rich will get richer. Repealing the SALT tax is an exquisite example of this. From Reason:

Richard V. Reeves and Christopher Pulliam, a senior fellow and research analyst, respectively, at the Brookings Institution, calculated last year that 96 percent of the benefits of a SALT cap repeal would go to the top 20 percent of earners, with the top 1 percent getting 57 percent of the benefits. “In isolation, this change would be more skewed to the rich than” the 2017 tax reform bill that Democrats have spent years decrying as an unfair giveaway to the wealthiest Americans, the pair wrote in an op-ed for The New York Times.

Meanwhile, the top 5 percent of households would reap 80 percent of the benefits, and the bottom 80 percent will get just 4 percent of the overall tax breaks, according to an analysis by the Center on Budget and Policy Priorities, a progressive think tank.

The SALT provision in the 2017 tax reform bill targeted Sandy Ocasio-Cortez’s favorite ironic target, those baddies, the rich. Basically, it made rich people in Blue states pay their “fair share” of property taxes and didn’t let them deduct all of their property taxes. But uber-rich Democrats don’t like paying taxes. They like buying huge houses and receiving a deduction for their property taxes. They can still do that, by the way, with the current law. They just can’t deduct all of their property taxes and pass the burden onto states with more reasonable tax structures. Blue state rich people, supposed commies, and allies down for the struggle, want to redistribute your money via punitive taxes and $69 billion to the IRS agents who will hound-dog your finances. Taxes, as Leona Helmsley said, are for the little people.

Right now, the busy bees in Congress are trying to find a way to push through tax cuts for the rich and implement taxes on America’s middle class to pass this tax bill. This kind of profligacy is one last financial raping of the middle class to give to the wealthy. The poor? They’ll be left further behind.

How any of this can be discussed at a time when the American economy is already precarious and awash in cheap money would be a mystery if the answer weren’t simple: It’s the way of Democrats.

In our summer print issue, Grover Norquist, the president of Americans for Tax Reform, called this bill the Democrats’ last gasp at total power (I’m paraphrasing, please read the whole article.) He’s absolutely right. The Democrats hold a tenuous majority in Congress and are governing like power-mad communists. Why the hysteria? Well, this might be the only time in a long time to pay off all their buddies, fundamentally transform America, and scoop up the last of America’s wealth into the hands of the government and friends of the oligarchy who run the country. If it seems like the Democrats are on a fear-fueled end-of-the-world bender, it’s because they are.

And that leads to the final question: What are Democrats afraid of? Losing power, certainly. Biden has been a perfect example of blithering incompetence. No Democrat politician wants to be seen with Kamala, so reviled by voters is she. The so-called experts are revealed as the naked emperors they are. Their corruption is being seen in wretch-inducing detail. Our gluttonous government is shamefully corpulent and while seeing a fat guy naked once is a curiosity, being forced to look at him constantly is disgusting. That’s what Americans feel like looking at our political class, especially Democrats, these days. Politicians are keen about little, but they do get a sense of existential unease when their mere presence inspires loathing. And that’s where we are.

Should this bill fail, something I doubt because Democrats always find a way, expect more tyranny. It’s all a frightened political class has left. They know they’re stealing from taxpayers and they know they deserve fury for their abject evilness. The anger of the voters will cause them to become more punitive and authoritarian. They’ll employ more fascistic techniques to punish anyone who disagrees with them, with slobbering tech giants helping the oligarchy along.

Whether this behemoth budget bill passes or fails, the ruling class will have its vengeance and it will be swift and severe. If it passes, Americans will have their money tracked ($600 transactions). If it passes, the rich get tax breaks while tax dollars go for San Fran Nan’s boondoggle and every fantasy Green New Deal dream. The government will decide winners and losers after two years of counting small businesses as losers. If it fails, the fury will be swift. The Biden administration will enact rules and laws that punish political enemies to shore up support of their own voters.

America is in a lose-lose proposition. That was true, though, when Biden was elected. Voters voted for safety and security with the Democrats and they’re going to find themselves securely in the embrace of a strangulating government one way or another.