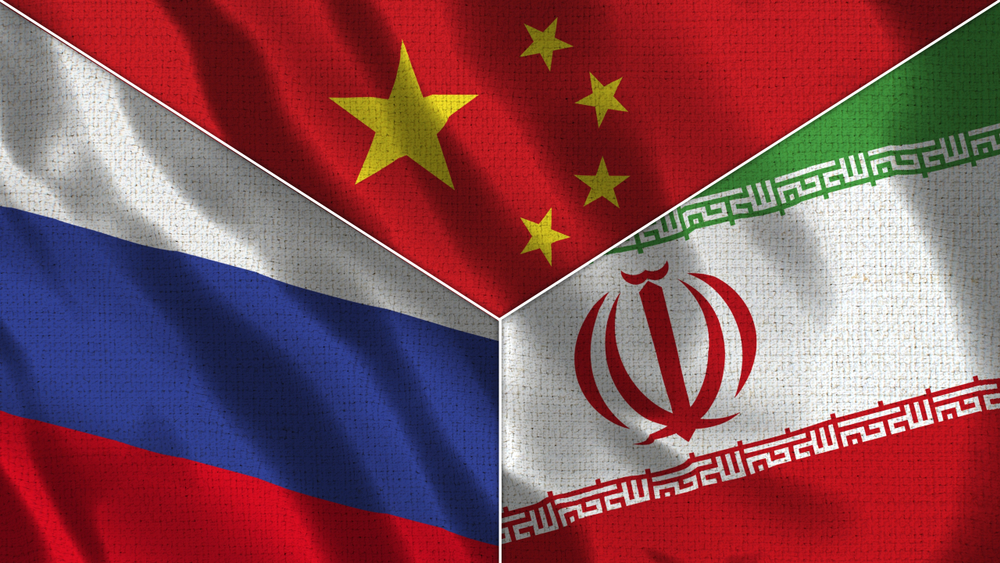 The more things change, the more they stay the same. The struggle for Eurasia began in the 13th century when the Mongols created the greatest land empire in history, stretching from the Pacific Ocean to Eastern Europe, and encompassing Russia, Central Asia, and portions of the Middle East, the Indian subcontinent, and China. Two centuries later the world witnessed what Halford Mackinder called the beginning of the Columbian epoch, as European powers took to the sea, discovered “new lands,” and colonized them.

The global balance of power temporarily shifted to Europe as successive empires — the Austrian/Spanish Habsburgs, France under Louis XIV and Napoleon Bonaparte, Wilhelmian and Nazi Germany, the Soviet Union — launched bids for Eurasian predominance that forced the sea powers led by Great Britain and later the United States to form coalitions to prevent Eurasian hegemony. The two world wars of the 20th century ended Europe’s geopolitical dominance and shifted the global balance of power to Asia and North America. The end of the Cold War ended the Soviet bid for Eurasian hegemony but also resulted in the emergence of China as the new potential hegemon of Eurasia.

This geo-historical background is necessary to fully appreciate Hal Brands’ latest article for Bloomberg, titled “Can the US Take on China, Iran and Russia All at Once?” Brands’ short answer is no. A conflict in those separate theaters of Eurasia, he writes, would stretch America beyond its military capabilities. And while he concedes that China, Russia, and Iran are not “formal” allies, he rightly points out that they share a common interest in diminishing America’s global power.

While the United States cannot simply ignore these challenges, it must shape its diplomacy to ensure that the three conflicts don’t escalate simultaneously.

Brands is the Henry Kissinger Distinguished Professor at Johns Hopkins’ School of Advanced International Studies. He is conversant with the geopolitical ideas of Halford Mackinder, Nicholas Spykman, and Alfred Thayer Mahan, and their appreciation of the centrality of the Eurasian landmass in global geopolitics. And he understands that even an informal alliance or strategic partnership among China, Russia, and Iran against the United States would pose an unprecedented challenge to the American-led world order — a challenge greater than those posed by the previous contestants for Eurasian hegemony. To meet such a challenge, the United States would have to engage in a World War II–type mobilization at a time when it is politically divided more than any time since the 1850s and 1860s. Brands believes that this may be beyond our capabilities. (READ MORE from Francis P. Sempa: There Is No Strategic Ambiguity in China’s Approach to Taiwan)

His solution to this dilemma is what he calls “sequencing.” By this he means that while the United States cannot simply ignore these challenges, it must shape its diplomacy to ensure that the three conflicts don’t escalate simultaneously. In other words, American policymakers must try to meet these challenges separately and in sequence, which is easier said than done. We cannot control what the leaders of China, Russia, and Iran do, but we can endeavor to influence their conduct by skillful diplomacy, including strengthening and solidifying our regional alliances in the Far East, Europe, and the Middle East, and fostering and exploiting divisions among our three antagonists. Again, this is no easy task, but the alternative is to possibly lose the struggle for Eurasia and thereby surrender global leadership. If that happens, we will face a world increasingly shaped and led by autocratic, expansionist, and nuclear-armed powers — ushering in what Winston Churchill called a “New Dark Age” where freedom and liberty could be extinguished.

At the dawn of the 20th century, Mackinder warned us that the Columbian epoch was in its last stages, and that great Eurasian powers, if sufficiently organized, armed, and populated, could once again bid for world empire. He predicted that sometime during the 20th century, Russia and Germany would challenge Western sea powers. And he also warned that one day China, with its vast population and long Pacific sea coast, if sufficiently organized, could add “oceanic frontage to the resources” of Eurasia and overwhelm the world’s sea powers.

Brands’ article updates Mackinder’s warnings. A Eurasia dominated by an alliance of China, Russia, and Iran is a nightmare geopolitical scenario that the United States and its allies must do whatever they can to prevent. That is the great foreign policy challenge of the 21st century. History will judge our leaders by how they meet that challenge.