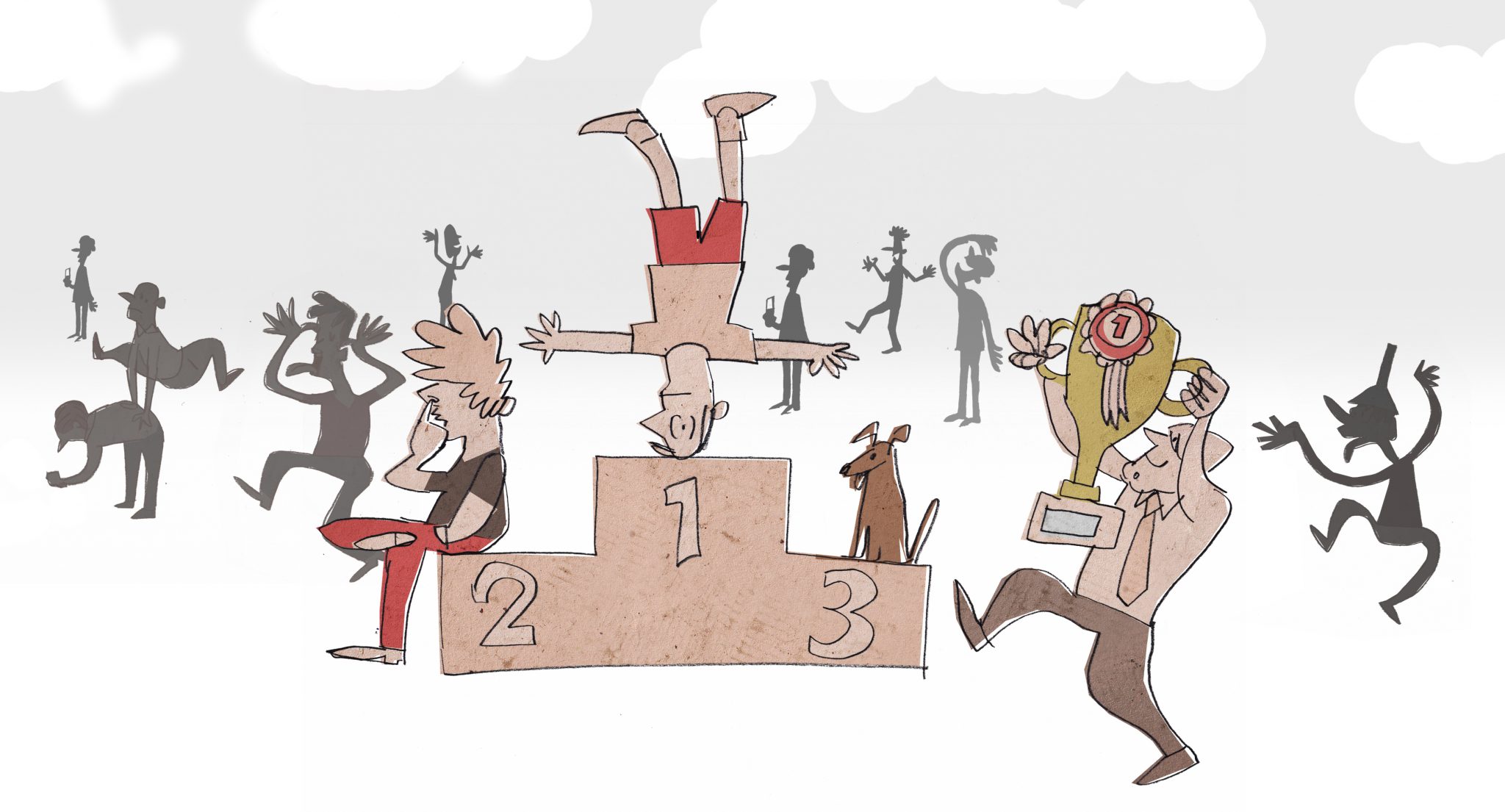 Being the renowned dummy-ologist I am, it’s an honor to be presenting the first Idiot of the Year Awards. The year 2020 has brought with it an extraordinary harvest of fools. This year they came in all colors, countries, flavors, and sizes. All of this year’s finalists have been seriously and actively stupid, making picking a winner very hard indeed. What follows is my short list, in no specific order, of nominees for the 2020 Idiot of the Year Award.

In the comments section you can vote for your favorite idiot or even propose new ones. It is invariably a source of great pleasure to discover that, impossible as it may seem, there is always room for one more idiot.

Joe Biden, hair whisperer (and TIME’s Co-Person of the Year)

Joe makes a great Christmas present. He’s a first-rate ventriloquist’s dummy, so long as he’s handled by someone temperamental enough, like Kamala Harris. Otherwise he might doze off or start sniffing the scalps of all the ladies in the family. He claims that he has won the elections. I don’t blame him. I also tell people that I am the King of Spain every time I go overseas and have a drink too many.

Someone told her that being irritable would make her a good feminist, and she went and believed it. So she makes a point of always being angry. It doesn’t matter if she’s walking through a closed hair salon or ripping up papers at the stand. Pelosi’s normal state of angst is the same as Wile E. Coyote’s, but she carries it with far less grace.

If you put a Marxist Ethiopian epidemic cover-up expert, financed by the People’s Liberation Front of Tigray, in charge of managing a pandemic originating from the communist epicenter of the world, you can rest assured he will do his job. That is to say, first cover up the epidemic, and then defend the Chinese communists. After the stance taken by Adhanom, Freddy Krueger would be a fitting next director of the WHO.

This is a guy who says that before making any decisions he confers with the late Hugo Chávez, who shows up at the office in the guise of a little bird. A guy who celebrates winning elections in which he is the only candidate. He has managed to single-handedly completely bankrupt Venezuela, a country that towards the end of the last century came to rank fourth in the list of the world’s richest countries.

When Prince Harry stopped using drugs, Meghan Markle started. Since then, his head doesn’t seem to be working much better.

I always say that there is nothing more dangerous in contemporary journalism than the figure of the impartial professional. That is, someone who dedicates himself exclusively to impartiality, which is a non-entity, a mythological animal, a utopia of journalism that everyone talks about and that no one has ever managed to reach, though many have tried, making the most embarrassing fools of themselves along the way.

Andrew Cuomo, the man who knelt too much

When BLM made taking the knee (perhaps to warm up leg muscles before going window shopping) and raising a fist trendy, Cuomo solemnly declared, “This is how change begins.” There is only one thing worse than a fool, and that is a solemn fool.

Some people might object to the inclusion of Gates in the list of 2020’s idiots because he is stupid year after year, persistently stupid, steadfast in his stupidity. I accept the objection.

Barack Obama, the most overrated president in history

A lousy president with a head full of sawdust who is bent on proving that he can be even worse as an ex-president.

In response to the only good thing France has done in recent decades, which is to stand up once and for all to the kind of multiculturalism that Islamism feels comfortable with, the Islamic State has simply said, “We will crush you.” It’s a good time to crush Abu-Ibrahim what’s-his-name. It was easier to curse terrorists when they had short names like Bin Laden.

We will never forget this horrible 2020 thanks to the idiot Xi Jinping, who hid his country’s epidemic until it had already become a pandemic, who does not allow us to investigate the origin of the virus, and who continues to do the only thing a good communist leader knows how to do: mass murder his own people.

I’m sorry to say this, but SpongeBob is a perfect idiot. And I think at this point we have a right to know if Hunter Biden is inside the sponge.

Parents of a girl with mental problems who have chosen to expose and ruin her adolescence rather than protect her health. All for the money. And then something about climate change and something about an Atlantic crossing in a catamaran without an engine (it’s a magic engine that only starts up when the press leaves).

When Twitter and Facebook censored the New York Post article on Biden, they did more than just invent a brilliant algorithm. Dorsey now says that it was wrong. But he doesn’t mean the fact they did it, but the way they went about communicating it. OK, Dorsey.

A guy who censors the word “humanity” for not being inclusive enough is more than an idiot. Years ago some Spanish columnists created a glossary of all existing types of stupid. My favorite is the “fool with street-facing balconies,” which is a type of idiot who exposes his stupidity to the world with pride. Trudeau is a perfect fool with a street-facing balcony.

Satirical bastard. Spanish from Spain. Sometimes he writes sober. Sometimes he gets his readers angry. Occasionally he makes someone laugh, almost always by accident. Ideal dance partner for a funeral. Brain-dead with his liver on its last leg. He likes blondes, especially the ones with a big frothy head and alcohol. DM only.

Gavin Newsom, governor of your business

Leftist multimillionaire, consequently, the most enthusiastic supporter of the total closure of California for as long as possible, especially  if this generates more poverty. After all, he loves the poor. Well, and immigrants, and cannabis, and abortion, and Kamala Harris, and everybody riding their bikes to work. I would only be willing to take him off the list if he sends me a good collection of his best bottles of wine for Christmas. If I get enough bottles, I might even propose him as man of the year — at least until I sober up.