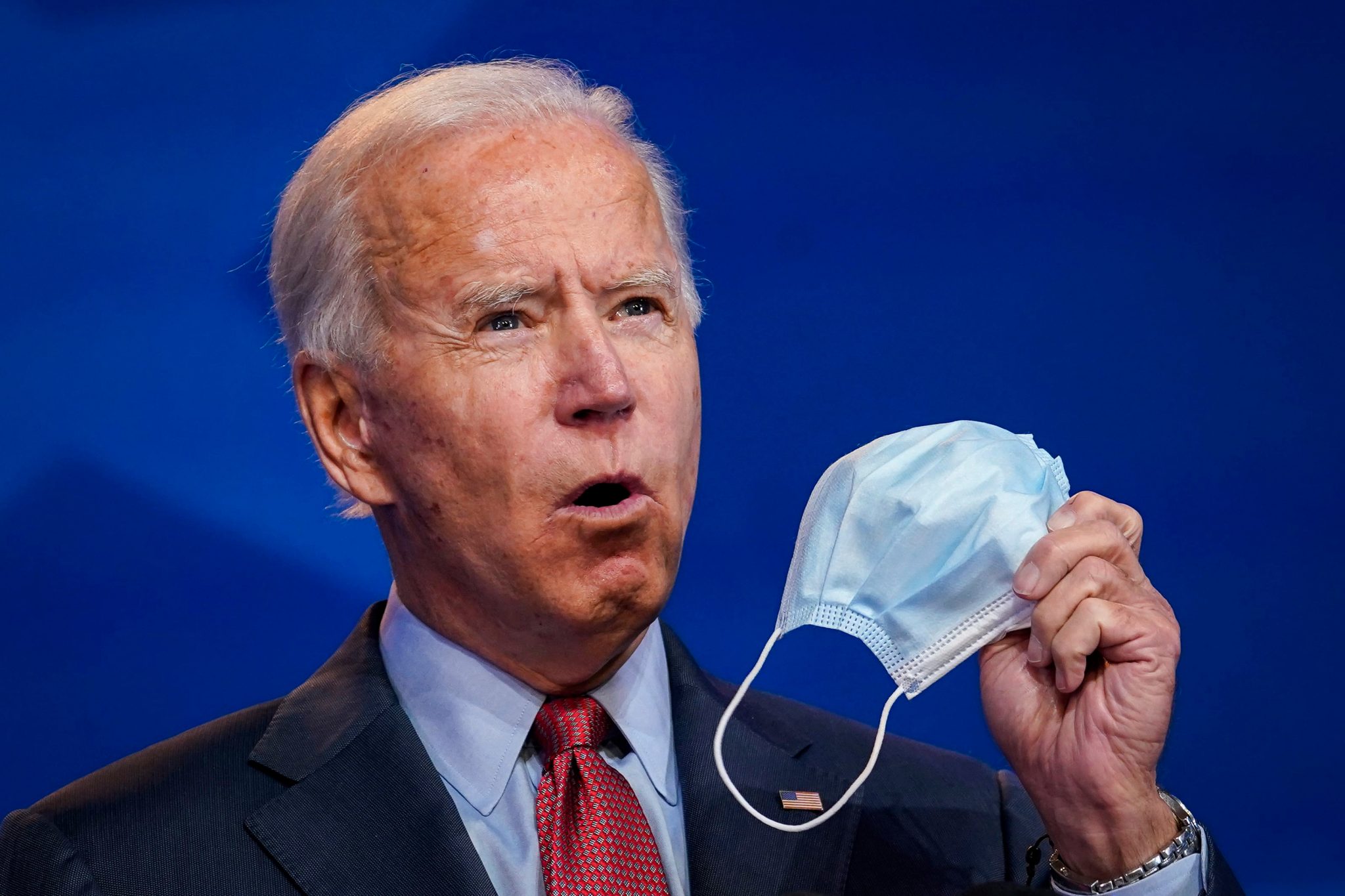 The year 2020 is like the mist in the Stephen King novel — insidious and dread-inducing. The protagonists can’t escape. What started off as a dramatic political storm turned into something more ominous. 2020 was in the shadows, lying in wait.

Capturing this illusive and menacing character is difficult. The year started so well. In January, unemployment in the United States was at historic lows. Many Americans, especially blue-collar workers, enjoyed record pay increases. Every segment of the population benefited. Real optimism returned to all but the Resistance, who seemed intent on wrecking the country from within.

Speaking of those crazy conspiracists, the Democrats, led by Nancy Pelosi, decided that the way to fight President Donald Trump was to mire him in baseless rumors and accuse him of being a Russian asset — no, wait, a Ukrainian asset — and also an anti-Chinese racist. Early this year, at the beginning of what would turn out to be a world-wrecking pandemic, the speaker of the House and her minions impeached the president.

When Pelosi wasn’t impeaching, she was preaching. She proudly pranced through Chinatown on February 24 in her home of San Francisco to prove her open-mindedness about Chinese people. On the East Coast, New York City’s Democrat Mayor Bill de Blasio and his health adviser did the same in Chinatown. While they paraded packed together, COVID-19 spread. By March, the reality of the virus laid bare the hubris, especially in New York. People carrying COVID traveled back from Wuhan and unleashed it on the world — but not the rest of China.

From New York, COVID exploded across the fruited plains. Close behind the virus came tyranny. It didn’t seem so at first. “Fourteen days to flatten the curve” turned into months of economic and social agony. The CDC flubbed testing, losing precious weeks. Americans dutifully obeyed conflicting instructions. It didn’t matter. The contagion spread.

New York was a hellscape of sirens, packed hospitals, and palpable fear. Ventilators, a hospital ship, and temporary hospitals were rushed to the ailing city. Few of these extra resources were used. Instead, Gov. Andrew Cuomo sent the sickest residents into nursing homes, which spread the disease and killed the most vulnerable. It was a disaster. It’s estimated that at least six thousand, probably more, people died unnecessarily. To celebrate his triumph, Gov. Cuomo wrote a book congratulating himself on his leadership. Hollywood just rewarded him with an Emmy. At this writing, New York is again in the throes of viral pain. The governor and mayor of New York City are currently arguing about how to count cases. Leadership!

It got worse. In May, as people sat at home, staring at their TVs with nothing to do, they witnessed an alleged murder at the hands of police officers in Minneapolis, Minnesota. George Floyd, suffocating on a drug overdose, appeared to be choked to death by indifferent cops. The video was gruesome. In this issue, George Parry writes about this tragedy and explains what pathologists and the media did not: the officers are innocent. This video and the media outrage reacting to the incident inflamed passions and obscured truth. The perceived injustice lit a tinderbox of violence across the nation.

Part tension release, part grief, part fury, chaos swept cities and businesses across America as they were attacked, looted, and left smoldering ruins. Public sentiment backed the “protesters” at first. As the summer dragged on and places like Seattle and Portland devolved into murder and anarchy, the protests morphed from black lives mattering to Black Lives Matter and Antifa, two communist organizations intent on “remaking” America. John Hinderaker of the website Powerline writes about the aftermath in Minneapolis. Karol Markowicz writes a lament for her beloved New York City.

Meanwhile, COVID continued. Southern cities that had been spared the worst through the summer saw post–George Floyd march infection increases. The media pointed scornfully at Republican leadership and blamed them for the deaths. Politicizing the disease became de rigueur, the apotheosis being Jane Fonda’s statement calling coronavirus “God’s gift to the Left.”

The politicization of the virus infected the way epidemiologists talked about it, made recommendations, and interpreted data. Matthias Shapiro and Phil Kerpen write about this phenomenon. Between politicians ignoring their own edicts and scientists excusing virus-spreading behavior situationally, no one trusts these leaders. Citizens are now rejecting their capricious recommendations and acting in defiance.

In response to the COVID caterwauling, decrepit Democrat nominee Joe Biden stayed in his basement, content to let the media and tech companies run his campaign against President Donald Trump. Their relentless bias and loathing did its work. Hatred took deep root, and too many Americans, in the midst of economic pain and implacable virus terror, forgot the last three good years. Executive Editor Wlady Pleszczynski discusses the media’s unfairness to the president.

Intertwined with the COVID, Floyd, and presidential election narratives, issues of race, gender, and “privilege” came to the fore. America became a sophomore college dorm at Wellesley. No aspect of American life has been off-limits from cultural Marxism. Critical Race Theory became the new language to describe one’s oppression. Wilfred Reilly digs through these pernicious ideas. Abigail Shrier writes about girls and transgenderism. Larry Thornberry discusses how leftist ideology has polluted professional sports.

No institution has been spared of cultural rot. Churches, entertainment, education, foreign policy, the bureaucracy generally — all are in decline. All are addressed in this issue.

Governors and local officials continue to abuse the Constitution.

2020 isn’t over. The election results are still in question but will be decided by the time you, dear reader, hold this magazine. President Trump has a hope of reversing the election outcome, but only a fool’s hope. His coattails delivered a poll-defying House nearly evenly divided. Nancy Pelosi describes her losses as a mandate. The Senate, dependent on Georgia’s run-off election, will likely stay in Republican hands. Should Joe Biden be declared winner by the Electoral College in December, he’ll be pushed to his left by the aggressive socialist wing of the party.

No matter the outcome, the losing side will deny the results of the election. Soon after the election, over one hundred thousand people marched in D.C. to support President Trump. Half the country believes the 2020 election was stolen.

Governors and local officials continue to abuse the Constitution. The newly confirmed constitutionalist judges and justices (a triumph of Trump’s presidency) will be addressing the multitude of impositions on freedoms in response to the inevitable lawsuits. Thousands protest against the new lockdowns. Governors are being confronted in restaurants. Small businessowners are defying police and sanitation inspectors.

Rather than angst dissipating after the election, it’s intensifying.

The year 2020 will cast a foggy shadow into 2021. Democrats are uneasy. The socialist wing distrusts Biden. Moderate voters believe he’s moderate. That’s sure to be disappointing. One tiny, joyful Biden-voting constituency abides: Never Trump “Republicans.” They view Biden’s potential tenure as a return to (corrupt) norms and an end to woes. The former is true, and that’s the problem. The latter is fantasy. More realistically, 2021 will usher in an America few will recognize.

To manage your pain, might I suggest grabbing an adult beverage and skipping to the end of the magazine to whip up a recipe shared with us from fellow readers? If you’ve turned to food and drink during these dark days, you’re not alone. Our Subscriber’s Poll will affirm you. Thank you to our hundreds of respondents! Thank you for your recipes, too! We hope you’ll enjoy them.

May you find solace in faith and family this holiday season. My brood and I will be celebrating Thanksgiving together, grateful for our nation’s many blessings — our liberty most of all. What grace to be a citizen of this American Republic. May we fight for and keep it.